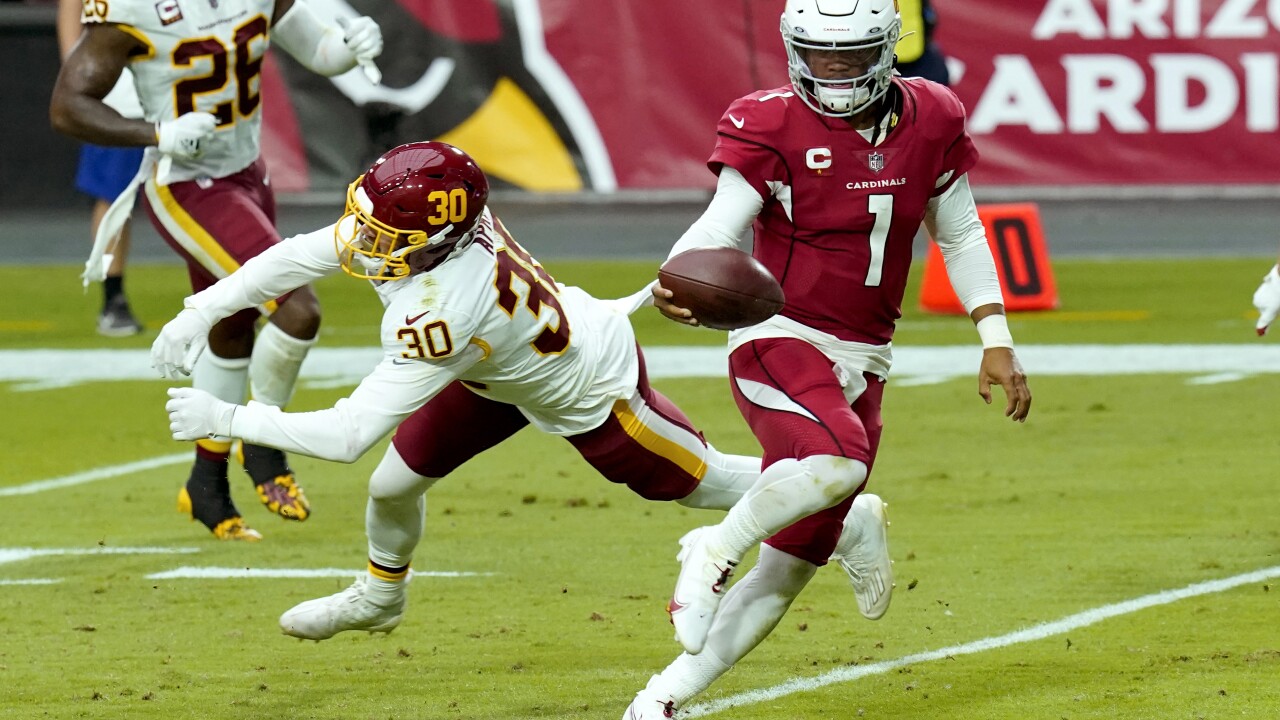 GLENDALE, AZ — Ever since Pee Wee football, Kyler Murray has been playing in front of big crowds. Being in the spotlight is nothing new for him, but for the first time in his career, Murray will play under the bright lights of Monday Night Football.

"It's a big deal," Murray said. "Just to be able to play on Monday night, not everybody gets that opportunity. And for us to have it in front of us right here against a good team, it's a huge honor. And this is a big opportunity for us to make the next step."

It's an even bigger deal that it is against the Dallas Cowboys at AT&T Stadium, a venue Murray has orchestrated many incredible performances long before donning a Cardinals uniform.

"I couldn't tell you the actual record, it's just a lot of games," Murray said of his playing history at Jerry World. "Haven't lost."

In a state where high school football is the lifeblood of the community, Murray is somewhat of a mythical figure. Starring at Allen High School, 40 minutes northeast of AT&T Stadium, Murray was 42-0 as a starter in the highest classification of Texas high school football, winning three consecutive state championships. Among the many college and NFL greats to grow up in Texas, Murray has a case to be the greatest high school player the state has ever known.

"For him to go home and in a stadium that he's had so many huge moments in, whether it's winning state championships, massive playoff games, or Big 12 championships, he obviously likes that stadium and has had a lot of success there," Kliff Kingsbury said. "This is what he's worked hard for his entire life, to have moments like this. And I know he's excited to go out there and try to put his best foot forward."

Monday Night Football in Dallas won't be the same in this COVID-19 age, but Murray will still be able to play in front of friends and family, and many more on TV.

"I will be able to enjoy the moment, but at the same time, I know what's at stake," Murray said. "We're playing to win, and that's the end goal. This isn't about me going home. This is about us playing the Cowboys, a good football team, and we're on the road. We've got to execute in order to win. So I mean, I'll be able to enjoy it, but at the same time, to enjoy it, you've got to win."