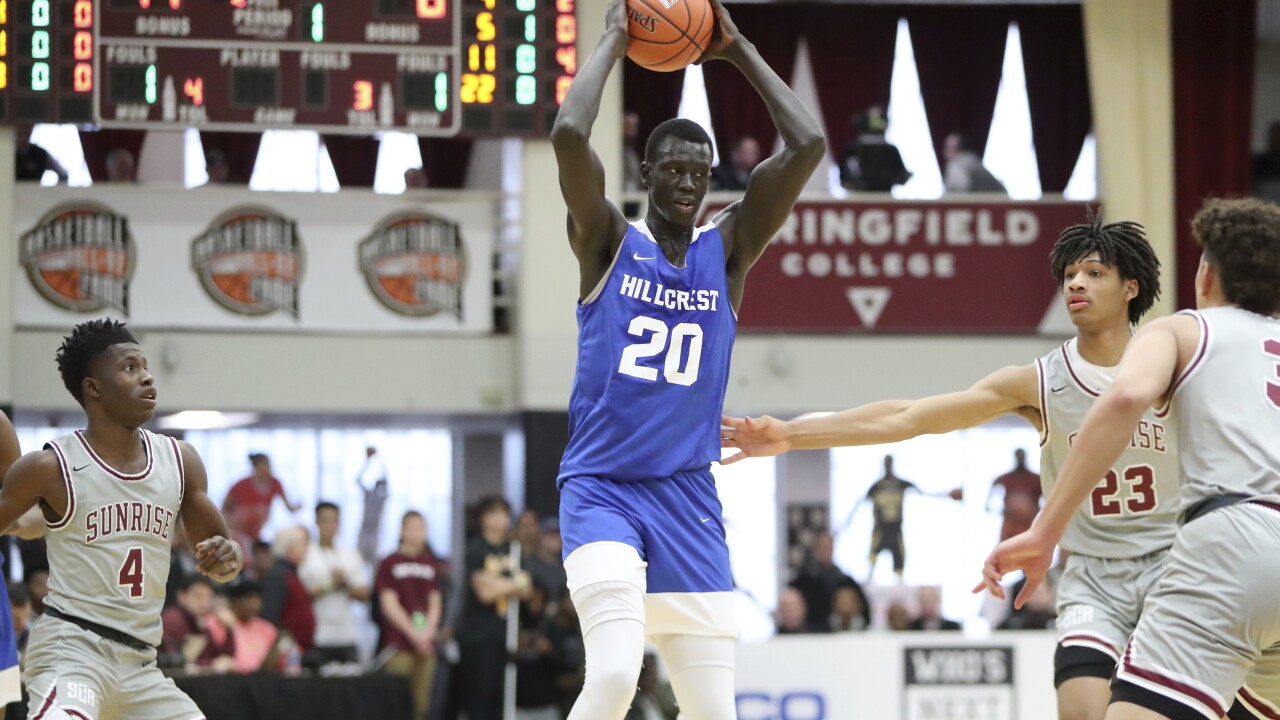 PHOENIX — Kentucky, Memphis, UCLA and Howard. When looking at those four universities from a basketball program perspective, the latter isn't in the same conversation, but Makur Maker is trying to change that.

The five-star basketball recruit, who transferred to Hillcrest Prep in Phoenix for the final months of his high school career, chose Howard University over the college basketball blue blood programs Friday morning. Ranked #16 in ESPN's Top 100, Maker is believed to be the first five-star recruit to choose a historically Black college and university (HBCU).

Maker announced his decision on Twitter saying, "I was the 1st to announce my visit to Howard & other started to dream “what if”. I need to make the HBCU movement real so that others will follow. I hope I inspire guys like Mikey Williams to join me on this journey. I am committing to Howard U & coach Kenny Blakeney #MakerMob."

Maker wasn't the only five-star recruit to take an official visit to Howard this past year. Josh Christopher, the 11th-ranked player in the country, also took a look. Christopher surprised many, in his own right, by choosing Arizona State.