Harmon: Suns took us all on a magical ride 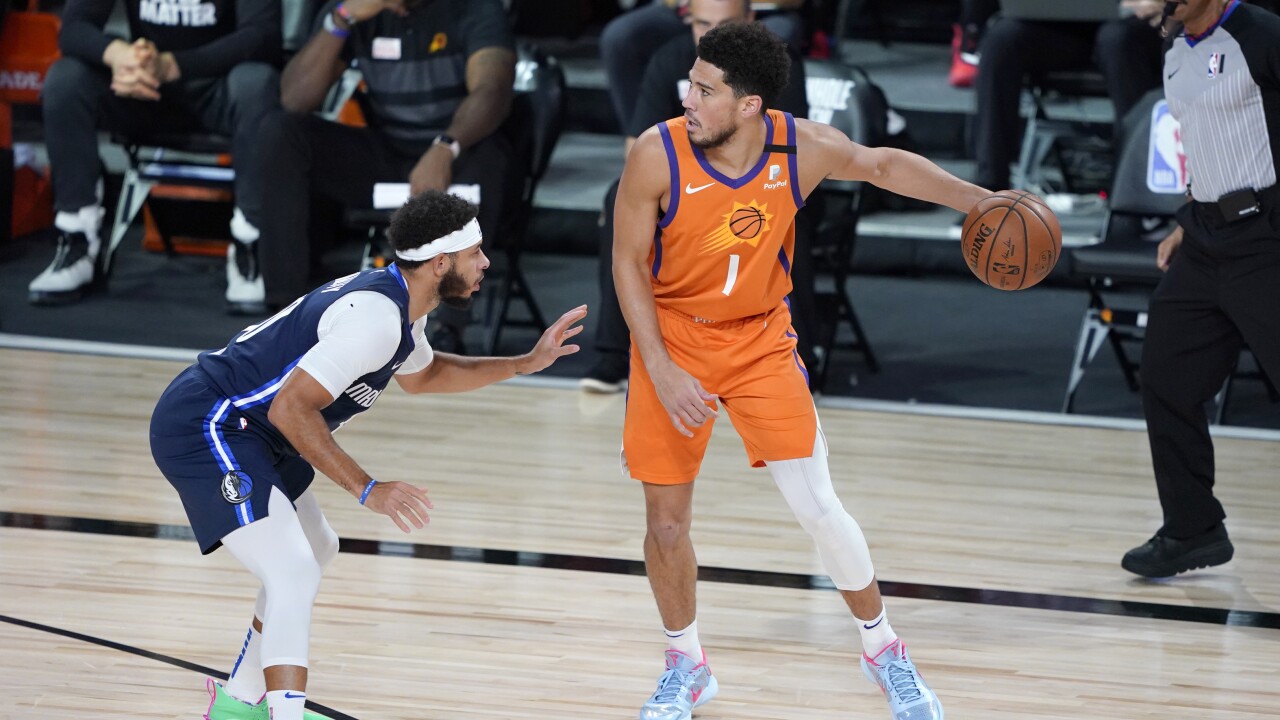 Not since the final days of the Steve Nash-Amar'e Stoudemire duo have the Suns been the talk of the town, let alone the league.

"We changed the narrative," said Devin Booker. "We changed how people think of us, from the NBA, from the refs, to different teams, to everybody."

Nobody expected anything out of the Suns in Orlando, myself included. They were six games back of Memphis for the #8 seed with eight games to play. They weren't mathematically eliminated, but it sure felt that way.

"There was some sentiment before this that we didn't belong," Monty Williams said. "And I think we've changed that sentiment."

The Suns used it as a rallying cry, picking off one win at a time, while the teams in front of them faltered. As they climbed to the cusp of a playoff spot, it started to feel like a Disney fairy tale. Could this actually happen?

But we are Valley sports fans, after all, and we should have known the fairy tale would turn into a nightmare. Damian Lillard pulling up from the half-court logo. A 10-point Brooklyn Nets lead evaporating into thin air. A wide-open lane to drive through for Caris LeVert, as he had done all night, but instead settling for a 22-foot jumper that clanked off the back iron. No good, Trail Blazers win. And just like that, the Suns magical run came to an end.

The Suns went a perfect 8-0 in the bubble. That's the longest undefeated stretch to finish a season by a team that missed the playoffs in NBA history. If that doesn't sum up how snake-bitten Valley sports fans are, I don't know what does.

The Suns returned to Phoenix Friday afternoon where they were greeted with signs from fans thanking them for their inspiring play. They may have left the bubble without a playoff berth, but they are no longer the Suns of old, as Williams put it.

Only time will tell if we are turning the page on a dark chapter in Phoenix Suns history for good, but we'll always have the 'Bubble Suns', and nobody can take that away from us.