General manager Steve Keim: Cardinals have not made a decision on the No. 1 pick

The NFL Draft begins next Thursday 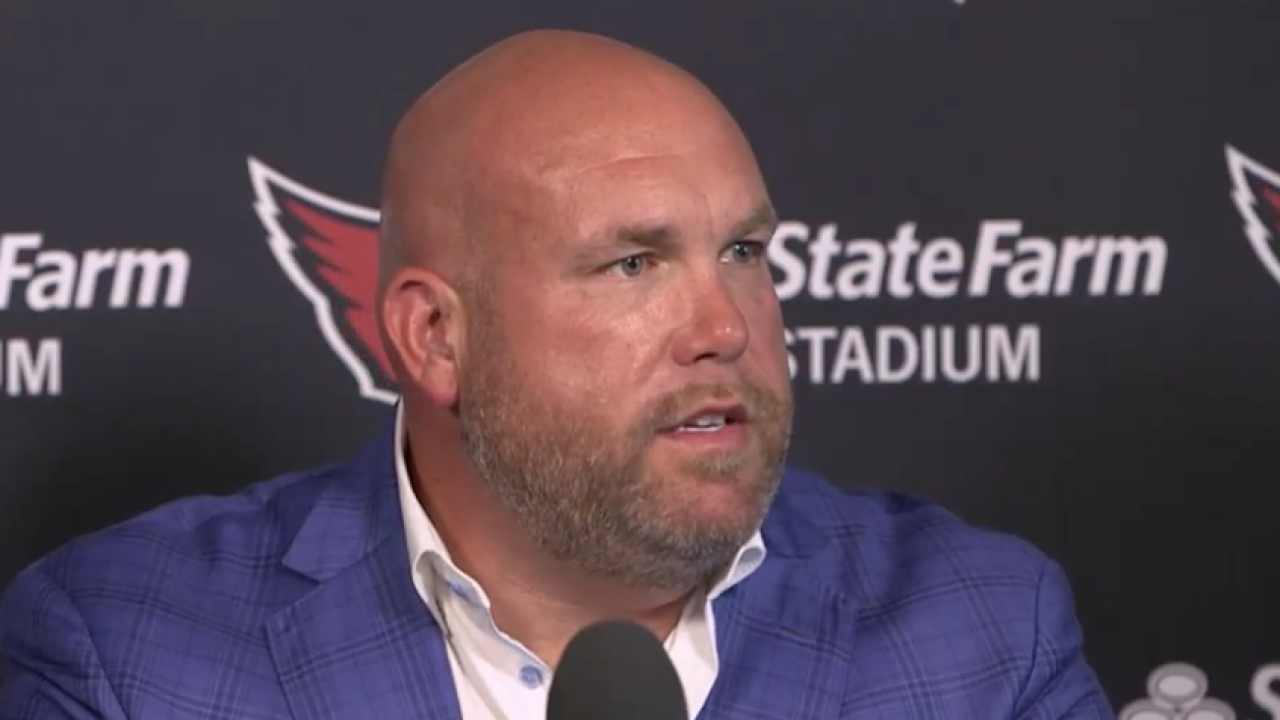 Arizona Cardinals general manager Steve Keim said the team has yet to make a decision on who they will select with the No. 1 overall pick in the 2019 NFL Draft.

"No. 1, we are not done with this process. We have not made a decision with the first overall pick," Keim said during a press conference alongside Cardinals head coach Kliff Kingsbury at the Cardinals' practice facility in Tempe on Tuesday.

"I’m not going to get into hypotheticals today," Keim said. "We’re nine days away, guys. Anything can happen."

Kingsbury said Rosen has been "phenomenal" amid the ongoing speculation. "I can’t say enough good things about my interactions with Josh so far," he said.

SEE ALSO: Larry Fitzgerald says it's unfair to judge Rosen based on his rookie season

Keim said Rosen has been a "pro's pro" throughout the process. "The one thing that I've appreciated about him the most since we drafted him, the kid has an unbelievable amount of mental toughness," he said.

The Cardinals could also trade the No. 1 pick in the draft, which the Cardinals own for the first time in 60 years. "If you trade back, what do you get for it, No. 1, and who are the players in contention if you trade back that far?" Keim said. "That's the million dollar question."

Keim said a tremendous amount of misinformation typically circulates throughout the NFL in the days and weeks leading up to the draft. On Tuesday, Keim was asked whether he's ever spread misinformation himself.

"I usually try to be straightforward with you guys, but at this time of year, we all know the drill," he said. "It’s fun, it’s good for talk shows and TV, but we have a job to do, as well."

Keim said the Cardinals will soon begin putting together their "top 120 board" in order to rank who they believe are the best 120 players in this year's draft.

So, why have the Cardinals not yet made a decision on the No. 1 pick?

"Because we have time," Keim said. "Once we finish with the 120 process, Kliff and I will sit down with (Cardinals president) Michael Bidwill and we’ll discuss all of our options."

ABC15 is your home for the 2019 NFL Draft! The Arizona Cardinals have the first pick when the draft begins on April 25. FULL DRAFT COVERAGE