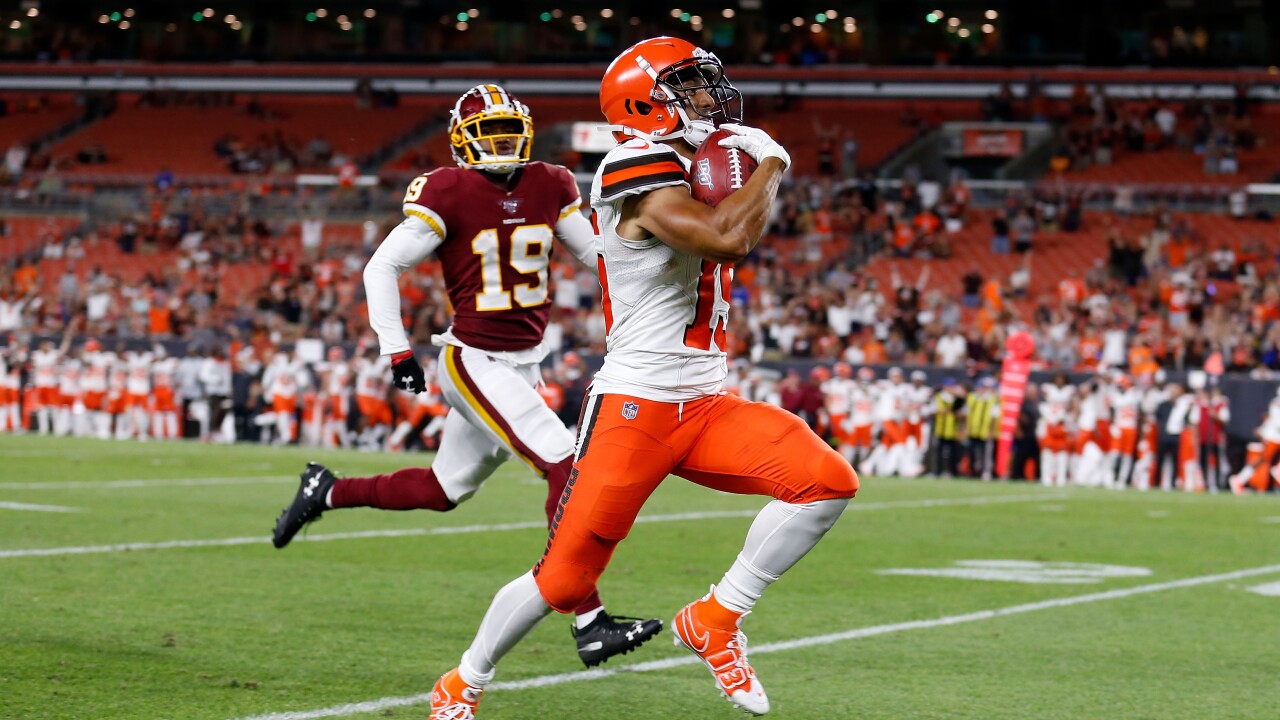 PHOENIX — A Cleveland Browns rookie returning a punt for a touchdown during a preseason game might seem a little mundane, but the story behind the scenes was anything but.

Browns rookie Damon Sheehy-Guiseppi’s journey to the end zone during Thursday night’s game was a long one, and it ended with him becoming the talk of the sports world.

Damon was once a star at Phoenix College as a junior, before leaving the school in hopes of getting a division one offer. Unfortunately, the offers didn’t come in.

Sheehy-Guiseppi’s only opportunity left was to make sure he was in shape in case another opportunity came up.

After two years, Sheehy-Guiseppi created his own opportunity.

After hearing of an NFL scout workout happening in Miami, Florida, Sheehy-Guiseppi knew he had to get there just in case he got an opportunity to get in.

Without telling his mother, who used her last flight rewards points to buy him the flight ticket, Sheehy-Guiseppi slept outside of the building to save money.

Unfortunately, none of the teams were willing to give Damon a spot in the workouts, so he lied his way in.

Damon claimed he was set to meet with one of the scouts in order to get in, and got in line to run the 40-yard dash in front of the scouts before being caught.

"He's intense when it's something he wants, he won't take no for an answer," said Damon’s mom, Shawna. "He ran the forty, as soon as they saw he ran a 4.38 then they became interested.”

In a little over a week, Damon signed a contract with the Browns and was invited to training camp.

Then, in the final minutes of the Browns first preseason game, Damon made his mark.

Damon Sheehy-Guiseppi returns a punt 86 yards for a TD — and the whole bench clears to celebrate pic.twitter.com/anLZ3EEgAT

Sheehy-Guiseppi returned a punt 86 yards for his first touchdown on an NFL field. He was quickly mobbed in the end zone as Cleveland's sideline poured onto the field to celebrate.

Shawna says that moment was a moment of bliss that Damon has been preparing for, for his whole life.

"Don't give up, keep pursuing it, Shawna said. “So when that opportunity does present itself, you are ready, and that's what he was, he didn't give up on his dream.”