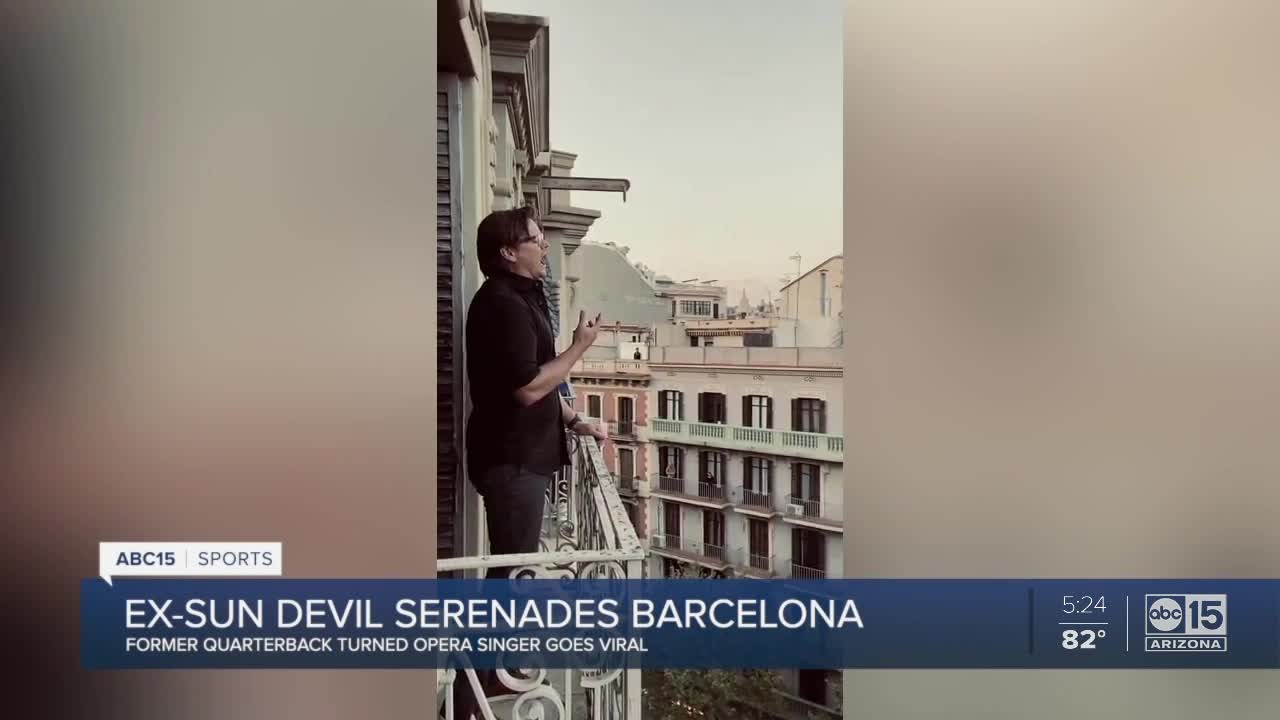 The videos have gone viral, and there are plenty of them. Impromptu concerts and performances from balconies in Europe as they live under a strict quarantine. In Spain, one of those performers just happens to be a former Arizona State quarterback. 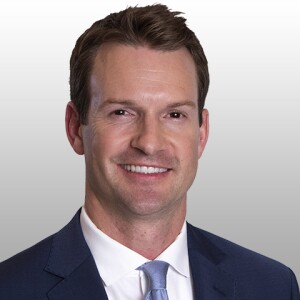 The videos have gone viral, and there are plenty of them: impromptu concerts and performances from balconies in Europe as they live under a strict quarantine. In Spain, one of those performers just happens to be a former Arizona State quarterback.

His name is Gus Farwell, and he says the weird thing about being a singer is, if you don’t display it, nobody knows you can do it. Well, now his neighbors, the streets of Barcelona, and the world have learned that he can.

“I remember walking out on the balcony and realizing that we were going to be locked in here for awhile,” Farwell said. “Being a singer, I just kind of got caught up, and I just hit out these two notes, the last two notes of ‘Nessun dorma’, and people like really cheered.”

For 22 straight nights, Farwell has belted out one opera song a night, at 8 p.m., right after the people of Barcelona cheer from their balconies for the healthcare workers below.

On the third day, two little girls from downstairs in his building left cards in his mailbox with pictures drawn of him singing.

“They said, ‘thank you for singing. Will you please sing again tonight?’ And I mean, it just killed us. Now I've got to sing every night, so let's do this.”

But how did Gus Farwell get here, singing on a balcony in Barcelona? Well, it began with a borrowed opera CD before leaving high school for ASU.

As he looked across the field, he noticed a guy in a straw hat strolling along the creek reading Ralph Waldo Emerson.

“I remember just going, 'who is that guy?' Because everybody else you could kind of put into a box, and that guy you cannot put into a box.”

It was Pat Tillman, and, of course, the two became really good friends.

Early on in his time at ASU, Farwell’s opera singing was just a party trick, until a few days before the 1997 Rose Bowl game against Ohio State. Coach Bruce Snyder told the team about a talent show at Universal Studios, and Farwell’s 19-year-old brain perked up.

In front of a packed room of Sun Devils and Buckeyes, Farwell started singing and the room roared in laughter, until they realized he was serious. That was the first time he ever sang opera in front of anyone.

Two weeks after the Rose Bowl, one of Farwell’s best friends from his hometown, along with her father and younger brother, were killed by a drunk driver in Lake Tahoe. That friend was who a 14-year-old Farwell had leaned on when his father passed away from pancreatic cancer.

“That really threw me. It brought back all the stuff that I hadn't dealt with about my own dad dying and I didn't even want to go back to school.”

Farwell was in line to replace Jake Plummer as the Sun Devils' starting quarterback the following year, but he had no fight left in him. He would leave ASU and football altogether.

He would eventually get his degree from Santa Clara University, and then travel around Europe. While in Barcelona, he was introduced to his wife, and she would later discover his voice.

“I kind of just kept it inside, and then when I met my wife and she heard it, she’s like ‘no, you’re not keeping that inside anymore.'"

Beginning to navigate the journey of an opera singer at his age is a difficult one. But eight years ago, Farwell’s road led him back to Scottsdale for a performance at Muhammad Ali’s Celebrity Fight Night. He earned a standing ovation, and Tom Hanks tossed tulips from the table centerpiece at him one by one.

More recently, however, there have been far more lows.

“Maybe this just isn't supposed to work or it's not going to happen,” Farwell said, the seeds of doubt creeping in. “Up until the other night a couple of weeks ago, I hadn't sung in eight months, and I didn't really have any plan to start singing anytime.”

But a spur of the moment emotional reaction has become a daily, albeit momentary, reprieve from the fear of COVID-19. And it has reinvigorated Farwell’s passion in the process.

“What I really like about it is that it just feels like it's coming from the right place. I had no intention of any of this happening. It was just to entertain my neighbors and make them feel better.”

His dream of getting into an opera house somewhere remains. He said all he wants is the opportunity. And who knows, maybe his journey comes full circle and the road leads him back to Tempe once again.

“I used to sneak into the Gammage Hall, and I used to stand on the stage and I would like visualize it being a sold out crowd and me singing there,” he said. “I would love for that to happen.”

That wouldn’t be the craziest of stories. After all, it took a global pandemic for Farwell to discover his voice once again.

“I don't know what happens after this, I don't know if anything will happen after this, but I'm enjoying what I'm doing right now. And that's just kind of trying to bring up the spirits of everybody around here.”