Booker scored 70 in a game two years ago 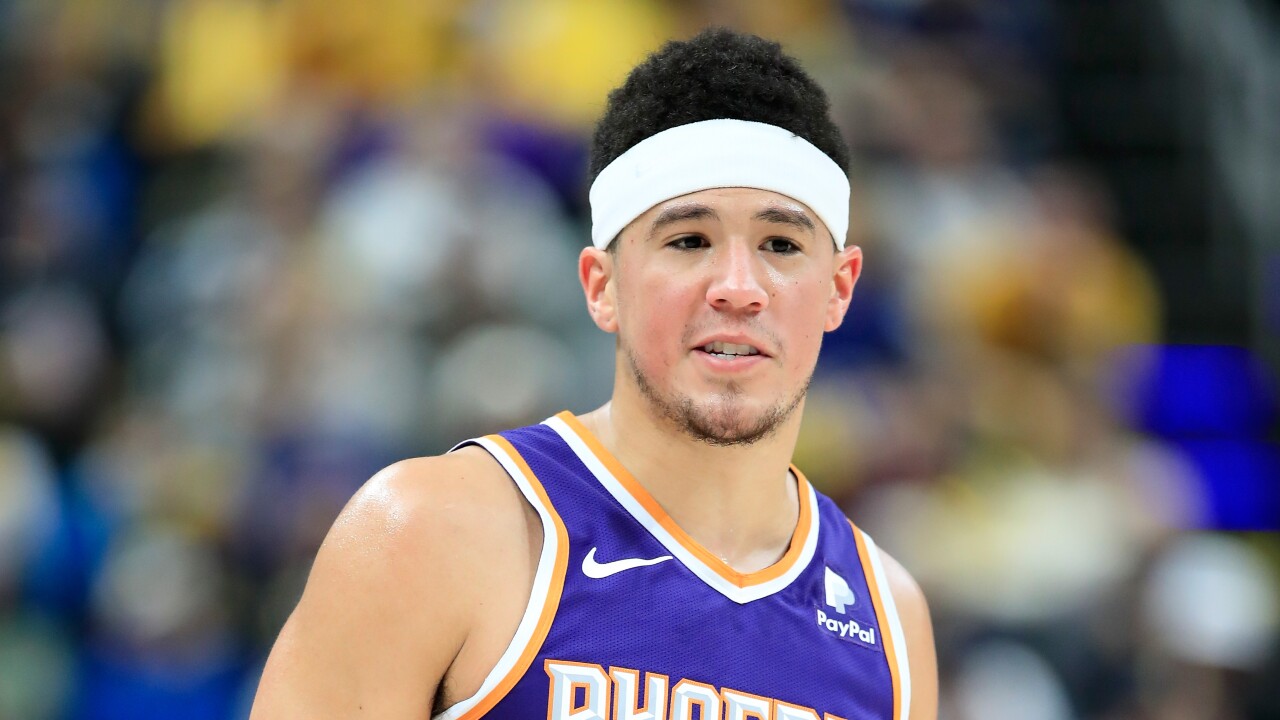 Booker made 19 of his 34 field-goal attempts, including 5 of 8 from 3-point range, and made 16 of 17 free-throw attempts to score 59 of his team's 92 points. Booker joins former Suns forwards Tom Chambers and Charles Barkley as the only Suns players with multiple 50-point games.

Booker now has two of the three highest-scoring single games in Suns history. He scored 70 points in a loss at the Boston Celtics on March 24, 2017 -- two years and one day ago -- beating the previous record of 60 points by Chambers.

Per ESPN, Booker is the fourth player in NBA history with multiple 50-point games before turning 23 years old. Rick Barry, LeBron James and Kyrie Irving are the others.

Two guys all over Book?

The Suns, who were missing four players due to injury, fell to the Jazz 125-92 in Salt Lake City to drop to 17-57 this season. Booker's 59 points are the most in a single game for a team who lost by at least 30 points.