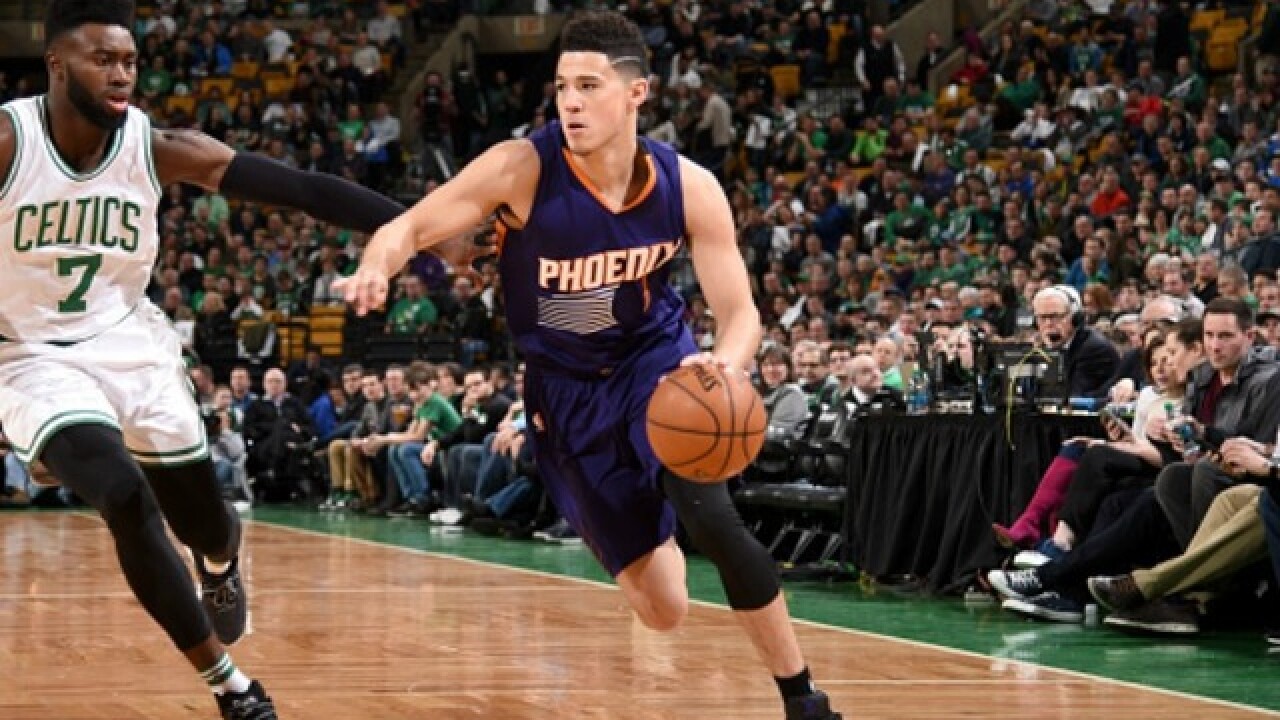 He's not old enough to celebrate his performance with a cold beer, but Devin Booker gave Phoenix Suns fans something to celebrate Friday night in what has been an otherwise awful season.

The 20-year-old Suns guard scored a ridiculous 70 points in Phoenix's 130-120 loss at the Boston Celtics on Friday, shattering the previous franchise record for points in a game. Tom Chambers' 60 points against Seattle on March 24, 1990 -- exactly 27 years to the day, and over six years before Booker was born -- was the previous record.

Every made bucket from Devin Booker's CAREER NIGHT 70 POINTS!#WeArePHX pic.twitter.com/pmhn2yKgSJ

Booker's total was also the most points scored in an NBA game since Kobe Bryant's 81-point performance vs. Toronto in 2006.

Here's a look at other records or near-records broken by the second-year pro on Friday night:

-Booker is just the sixth player in NBA history to record a 70-point game. Wilt Chamberlain, Kobe Bryant, David Thompson, David Robinson and Elgin Baylor are the others.

-Booker joins Chamberlain and Thompson as the only NBA players to score at least 70 points in a losing effort.

-At 20 years and 145 days old, Booker became the youngest player to score 60 points in a game.

-He's also the third-youngest player in NBA history to record a 50-point game. Only Brandon Jennings and LeBron James accomplished the feat earlier in their lives.

-70 points is the most scored in a game against the Boston Celtics. Elgin Baylor's 64 points in the 1959-60 season was the previous best.

-Booker also recorded the ninth 50-point game of the NBA season, setting a new league record for most 50-point performances in a single season.

-Since Booker has been alive, only Kobe Bryant's 81-pointer was a higher single-game total than Booker's 70.

The kid just might have a future in this league.

"Tonight's a special night for me and my family."@DevinBook joined #GameTime to recap his historic performance in Boston! pic.twitter.com/cvUHnv5dAK