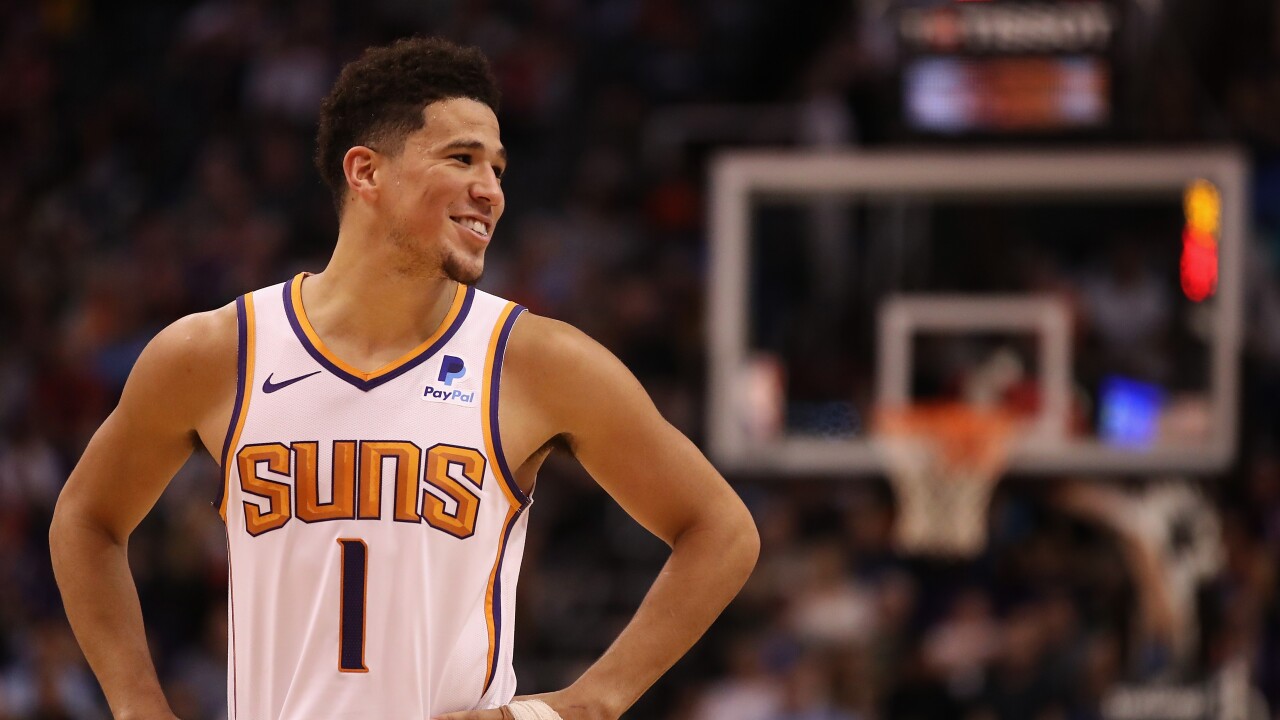 PHOENIX — For the first time in his career, Devin Booker is an NBA All-Star.

The Phoenix Suns guard was named an All-Star replacement after Portland Trail Blazers guard Damian Lillard announced he would not play in the game because of a muscle strain.

Booker has averaged more than 26 points and six assists through the first 55 Suns games of the season headed into the All-Star break.

In his fifth season, Booker is on pace to set new career-highs in scoring, field goal percentage, free throw percentage and minutes played.

The last Suns player to make an NBA All-Star roster was Steve Nash in the 2011-2012 season.