Despite rocking a Coyotes sweatshirt, Colts owner Jim Irsay is not planning to invest in the Coyotes 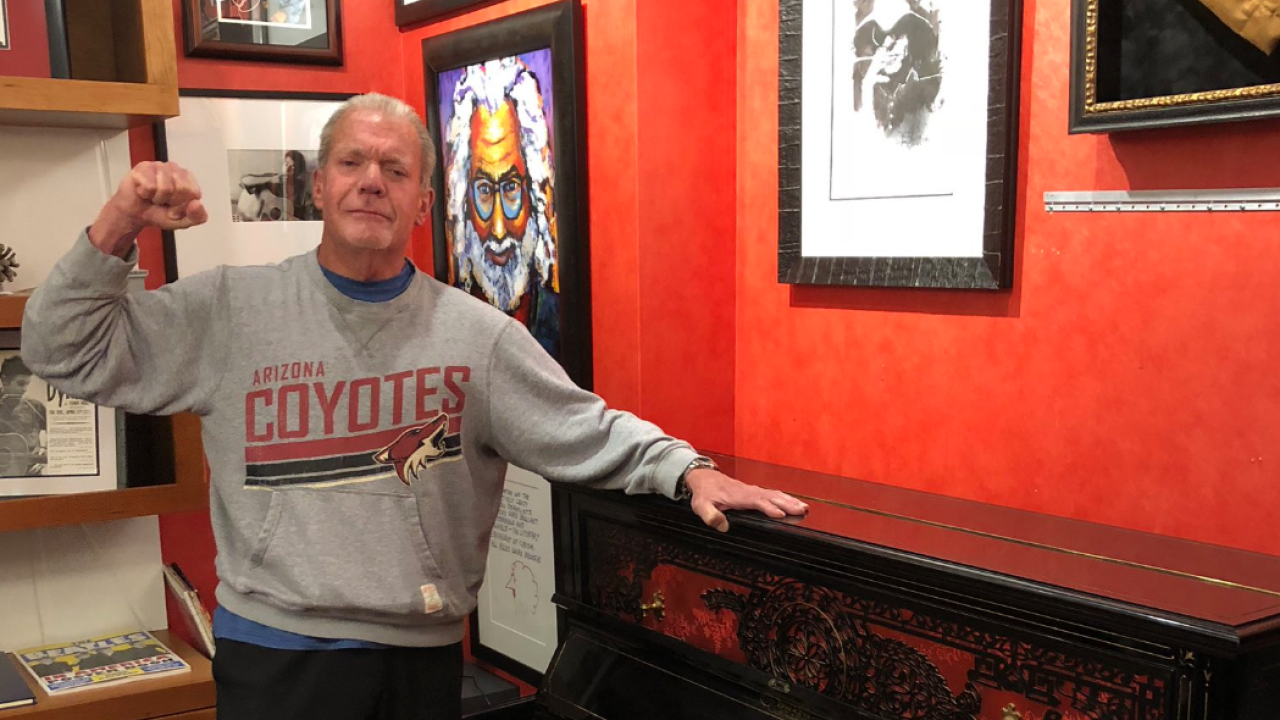 Leave it to a single Twitter photo and a random report to fuel speculation throughout the Twitterverse.

On Saturday, Indianapolis Colts owner and CEO Jim Irsay posted a photo of himself with his new piano. In the photo, Irsay is seen wearing an Arizona Coyotes sweatshirt.

The post, combined with the Coyotes' acknowledgment that they're exploring "additional investment opportunities" in the franchise, and an unverified report from a little-known sports site that Irsay is interested in buying an ownership stake in the team, naturally led to rumors being tossed about on the interwebs.

Well, on Monday, the Colts and Coyotes were both happy to squash those rumors.

"Mr. Irsay and his family attended an Coyotes game a few years ago while he was in Arizona for the owners meetings. They had a great experience and he purchased a sweatshirt which he finds comfortable. Nothing more to it," the Colts told The Athletic's Craig Morgan in a statement.

Likewise, the Coyotes told ABC15 that the report from the little-known site is "absolutely false" and "we have no idea why (Irsay) is wearing a Coyotes sweatshirt."

So, continue to speculate if you want. But it sounds like Mr. Irsay just really likes that sweatshirt. He even made it his profile pic.