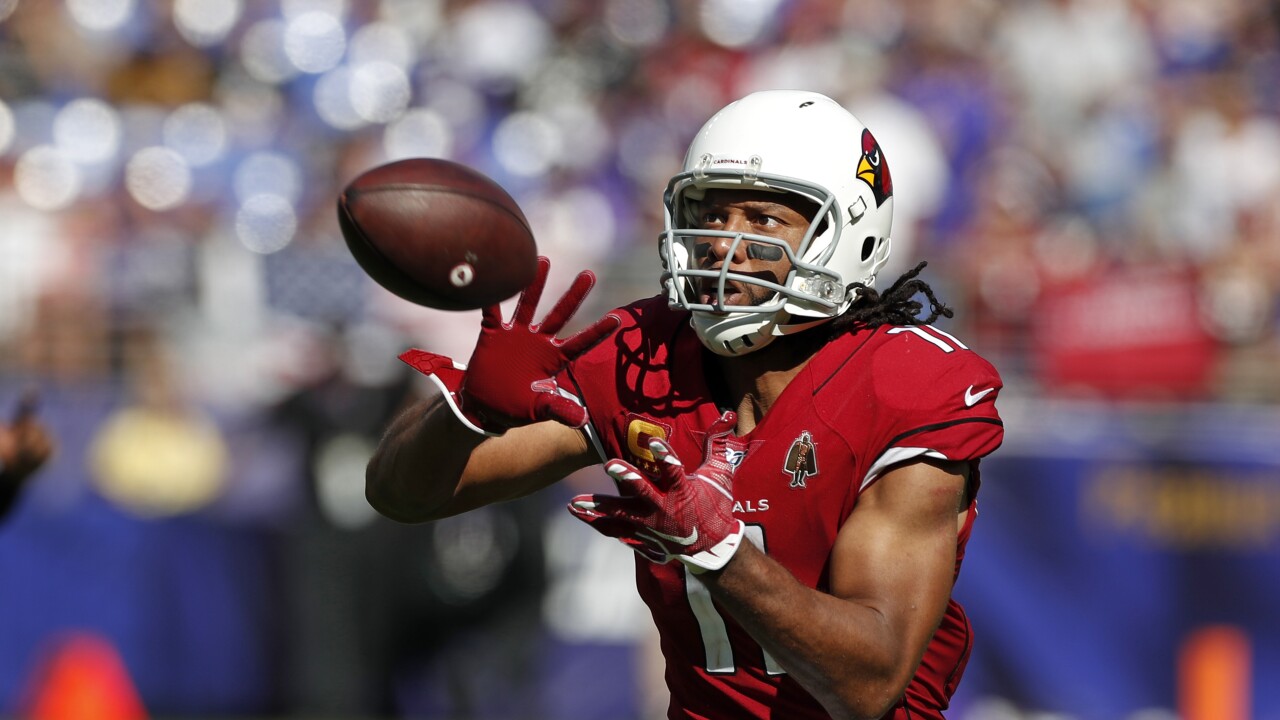 GLENDALE, AZ — As of Sunday, it will have been 308 days since the Arizona Cardinals won their last regular season game. For the Cincinnati Bengals, 294 days. The good news is, someone will break that streak this week (probably).

Starting a rookie quarterback from week one, of course, comes with growing pains. But giving that quarterback a non-existent run game, and no time to throw, means very little chance for success. They'll need to keep their defense off the field Sunday, something they haven't been able to do, if they want to pick up their first win.

Can the Cardinals take advantage of the matchup and start to turn things in the right direction? Here are a few predictions from the ABC15 sports team on the Cardinals matchup against the 0-4 Bengals.

This should be interesting! Two winless teams squaring off in an early game in the Eastern Time Zone. Statistically, both are near the bottom of the league on both offense and defense, but that’s what you’d expect from two teams desperately searching for that first win of the season.

Vegas has the Bengals as 3.5 point favorites, but I’m not sure that’s anything more than home field advantage! The one category that intrigues me is “turnovers”. The Cardinals are minus 1, while the Bengals are minus 5. Keep your eye on turnovers!

In terms of having a “gut” feeling about the game, it’s hard to get a feeling of any kind when two winless teams are facing each other.

I’ll go with the Cardinals in an upset, simply because the Bengals played on Monday night, so they have 24 hours less than the Cards to get healthy! I admit, that’s not much to go on. In terms of injuries, both teams are fighting a handful of injuries that could impact the outcome of the game, but then again, maybe not.

Like I said… not much to go on in this one other than which team is more desperate and feels like it’s a “must-win” game.

Something has to give Sunday in Cincinnati as the winless Cardinals tangle with the winless Bengals. Two first-year head coaches have rolled into October with a goose egg in the win column but both Zac Taylor and Kliff Kingsbury can take solace in the fact that one of them will finally be able to hoist a game ball in a victorious locker room Sunday afternoon at Paul Brown Stadium. The question of course is, "who will that be?" The answer to that question is of course, "who knows?"

The vibe in Arizona this week is this a game the Cardinals should win. I can only imagine they're feeling exactly the same way about the Bengals in Cincinnati - and right now the boys in Vegas are siding with Cincy as the Bengals remain a 3-point favorite.

The Bengals (0-4) are depleted offensively. Their top two wide receivers AJ Green and John Ross III are injured and won't play. The Cardinals (0-3-1) feel their pain. Arizona will be without its leading receiver Christian Kirk and fellow receiver Damiere Byrd Sunday. The Bengals will counter with a strong dose of running back Joe Mixon. The problem there is the Bengals have the worst rushing attack in the NFL. The Cardinals would love to get their own running back David Johnson going on the ground. The problem there is Johnson has 173 total rushing yards in four games and is averaging 3.7 yards per carry. The Bengals offense is pitiful. The Cardinals offense is currently ranked 23rd in yards per game and 25th in scoring.

See where I'm going here? We have two bad football teams squaring off Sunday and trying to figure out how it's going to go down in akin to playing pin the tail on the donkey in the dark. I see this game coming down to a series of big plays - big plays perhaps made thanks to the mistakes of the opposition but big plays nonetheless. Sustained, mistake-free drives by either team's offense that lead to touchdowns? I don't see it. The Cardinals defense could certainly help the cause with a few big plays of its own. This is a group that can get to the quarterback but hasn't shown much else when it comes to making game changing plays. The Cardinals are still looking for their first defensive interception here in 2019 and now the secondary has gotten younger and more inexperienced with rookies Deionte Thompson and Jalen Thompson taking over for the released DJ Swearinger at safety.

Avoiding a crucial blow coverage with those two will be important obviously but hopefully the youthful legs of the Thompson's will cure what ails the Cards when it comes to covering the tight end. They face another good Sunday in the Bengals Tyler Eifert.

It's getting uncomfortable for Kingsgbury and general manger Steve Keim as the losses continue to pile up and this Cardinals team is desperate. Quarterback Kyler Murray this week actually called the game a "must win." Eventually Kingsbury is going to need a win to validate what he's selling to that Cardinals locker room. The exact same thing can be said though for Taylor and his Bengals players.

On Sunday we'll find out which desperate team comes through for his rookie head coach. As for the ultimate prediction, until this Cardinals team can prove it can put together four quarters of football on both sides of the ball and make a series of critical plays at critical times, I don't believe they're ready to win and I think the Bengals home field advantage Sunday gives them the edge.

If you look at things statistically, Kyler Murray is have a strong rookie season. He’s top four in the league in completions, third for QB rushing yards and has 267 yards passing per game. However, stats can sometimes be misleading.

Murray is throwing the ball a lot because the team has been trailing in every game. And he’s been running the ball because he has been forced out of the pocket. He only has a 62.7 completion percentage and just four passing touchdowns all year. Murray has also been sacked a league leading 20 times. (Tom Brady has been sacked three times.)

However, I think the Cardinals offense will finally open up this week against a struggling defense. Murray continues to show improvement each week, and if he can get some help from the running game, would be able to open up the offense. For the Cardinals to check the win column, David Johnson needs to be the workhorse early on, which has yet to be the case this season. If Johnson can take advantage of a struggling defense, and have somewhere near 20 carries and 100 yards, Murray will finally have room to produce on offense and have a more reliable option in the red zone.