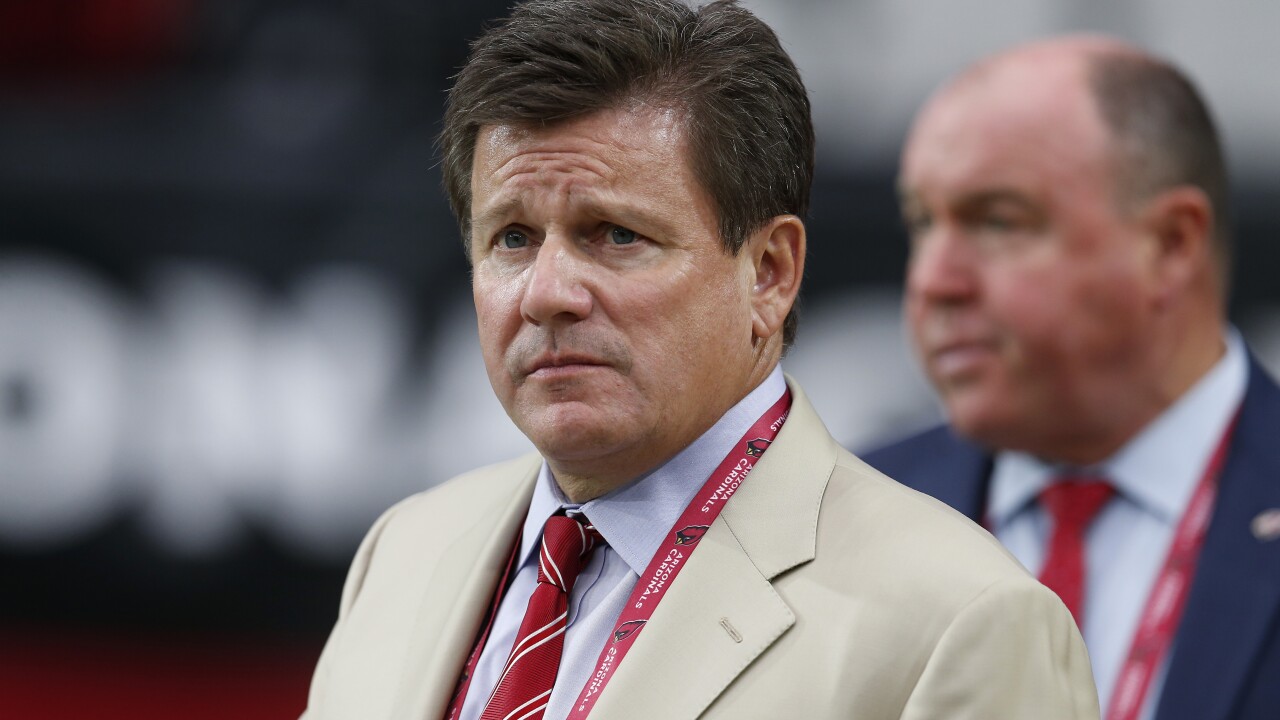 Cardinals owner Michael Bidwill has been released from a Rhode Island hospital after checking himself in following a positive COVID-19 test.

"This week I learned first-hand just how serious COVID-19 is," Bidwill said in a statement released by the team. "My immense appreciation for all those on the front lines of this pandemic has only increased and I am particularly grateful to the tremendous nurses and doctors at Newport (R.I.) Hospital. I am also overwhelmed by the outpouring of kindness from the Red Sea as well as so many friends and colleagues in Arizona and throughout the country. I'm very fortunate to have this experience behind me and strongly encourage everyone to continue practicing the important measures to avoid it themselves."

Bidwill was traveling the East Coast when he developed symptoms and was advised by his doctor to admit himself to the hospital.

The 55-year-old team owner hasn't been at the team facility since mid-March when it was first shut down.