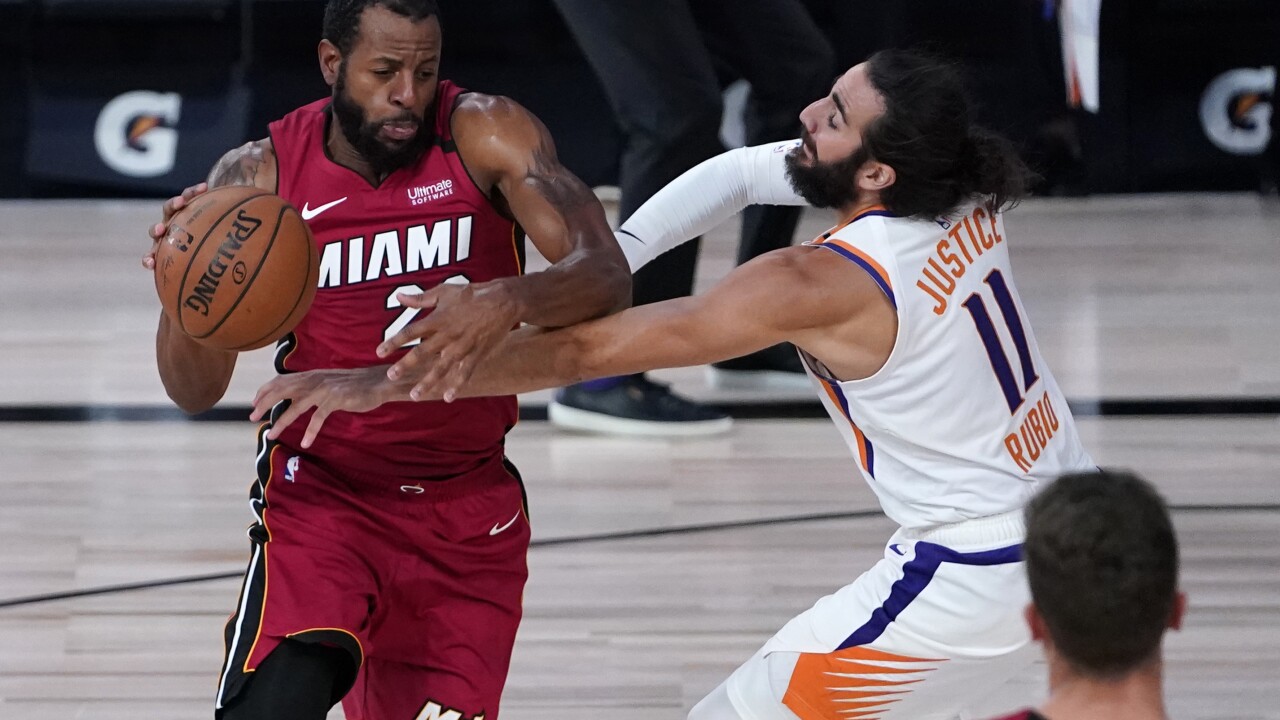 Carter made six of eight 3-pointers as the Suns improved to 5-0 in the restart.

"He's a gamer," head coach Monty Williams said afterwards. "The play that tells you about JC, I think he turned it over and then he ran down and got the steal off of Bam [Adebayo], and then he comes back down and gets a three. That's who he is, he's a fighter and a battler. He hit big shots for us."

The Suns continued to thrive as the only undefeated team and biggest surprise in the Disney bubble.

Phoenix began the restart schedule with the second-worst record of the 22 teams in the field and the worst mark in the Western Conference.

"I just think we have a group that wanted to come here and prove to the world that they were worthy of being here," said Williams. "They heard a lot of the stuff being said. When people say stuff about you, you want to prove them wrong. This is who were are. We've been this competitive all year. We've been a scrappy team all year long. We play hard, we share the ball, we try to make the right plays. We try to stick to our DNA and not get outside of that."

This is the Suns' first five-game winning streak since December of 2014. They will try to make it six straight wins on Monday against the Oklahoma City Thunder.