Tomey passed away in May at age 80 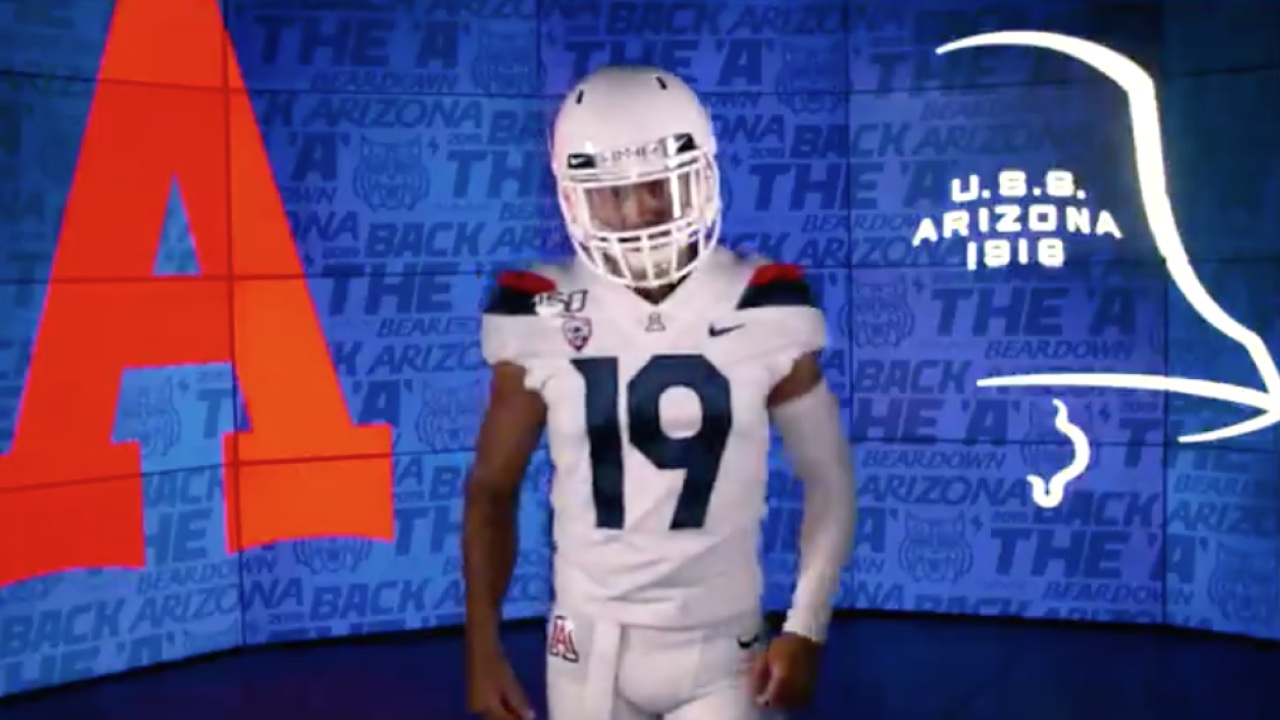 The Arizona Wildcats will honor the memories of those who died on board the USS Arizona during the Pearl Harbor attack, as well as the memory of former head coach Dick Tomey, in their season-opening football game at Hawaii on Saturday.

The Wildcats posted a video on social media Wednesday featuring the uniform and helmet they will wear for Saturday's matchup. Their helmets will include decals featuring one of the bells that belonged to the ship, as well as the ship's battle cry, "At 'em Arizona" and the date of the Pearl Harbor attack. The Wildcats wore similar uniforms when they faced Hawaii in Tucson in 2016.

One of the original bells from the USS Arizona is located at the Student Union on the University of Arizona campus.

The Wildcats' helmets will also include a patch with the initials "DT" in honor of Tomey, who served as the head coach at both Arizona and Hawaii. Tomey passed away in May at age 80 following a battle with lung cancer.

Honoring those who came before us! A man who impacted so many...and true heroes who made the ultimate commitment and sacrifice for our country.
🅰️#BuildingTheA | #BearDown pic.twitter.com/ir9zzoy3RP

@ArizonaFBall will be in all white with an old-school helmet style when they take on Hawaii on Saturday. The helmets will also have a “DT” sticker to honor the late Dick Tomey pic.twitter.com/Ig0jhWnYaa

Hawaii will also honor Tomey at Saturday's game. Tomey served as Hawaii's head coach from 1977-86 before accepting the Arizona job. He returned as Hawaii's special-teams coach in 2011.

The Aloha Spirit will always live with coach Dick Tomey's legacy. He's won many games during his time on the sidelines but his impact on the hundreds of young men can never be measured. Former players share memories of Coach. Join us at Sat.'s 🏈 game as we honor Coach. #HawaiiFB pic.twitter.com/VHRT21iJ1q