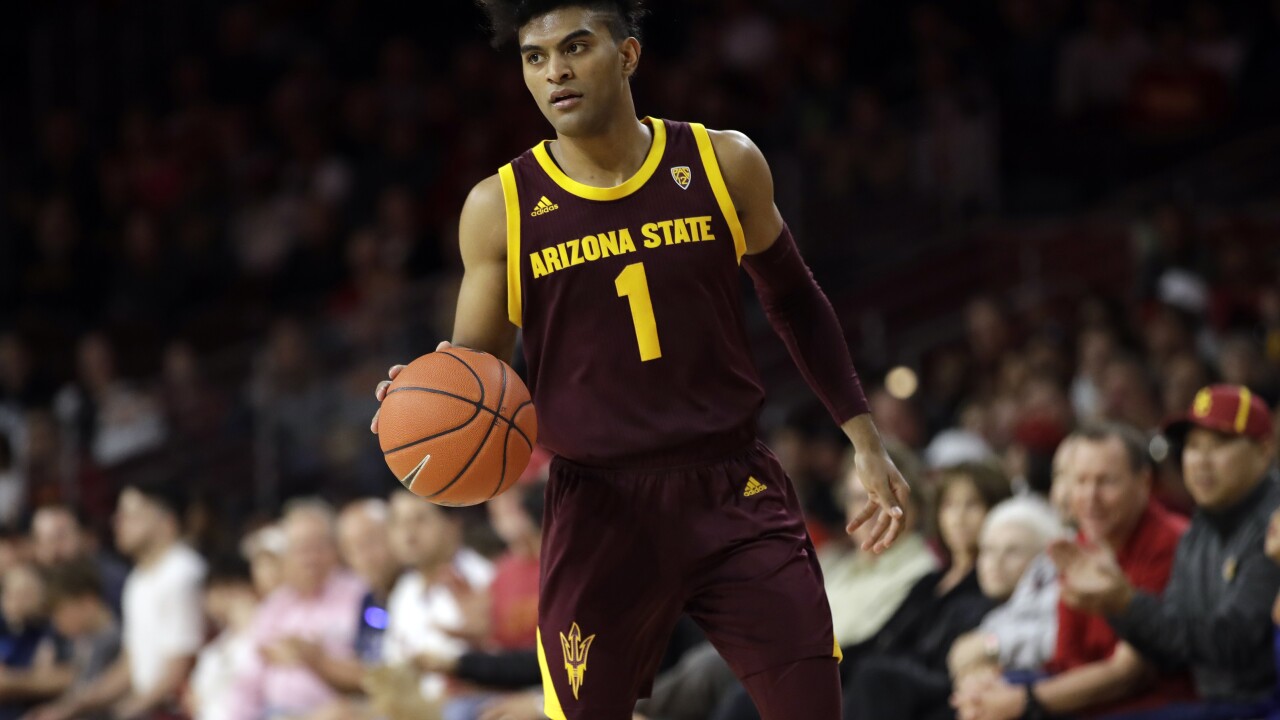 TEMPE, AZ — The Arizona State men's basketball team may very well be the favorites in the Pac-12, and could be a national contender next season. Those chances increased Sunday when the school announced that Remy Martin would return for his senior season.

Arizona State guard Remy Martin is withdrawing from the NBA draft and will return for his senior season in the desert.

Martin had declared for the NBA Draft after his junior year where he averaged 19.1 points per game for the Sun Devils, earning first-team all-conference honors and consideration for the Pac-12 Player of the Year award. The deadline to withdraw from the draft was Monday.

He also averaged 4.1 assists per game and helped put the Sun Devils in position to reach the NCAA Tournament for the third straight year before the season was canceled due to the coronavirus pandemic. Martin's return should put Arizona State among the favorites to win the Pac-12 next season.

Copyright 2020 The Associated Press. All rights reserved. This material may not be published, broadcast, rewritten or redistributed without permission.