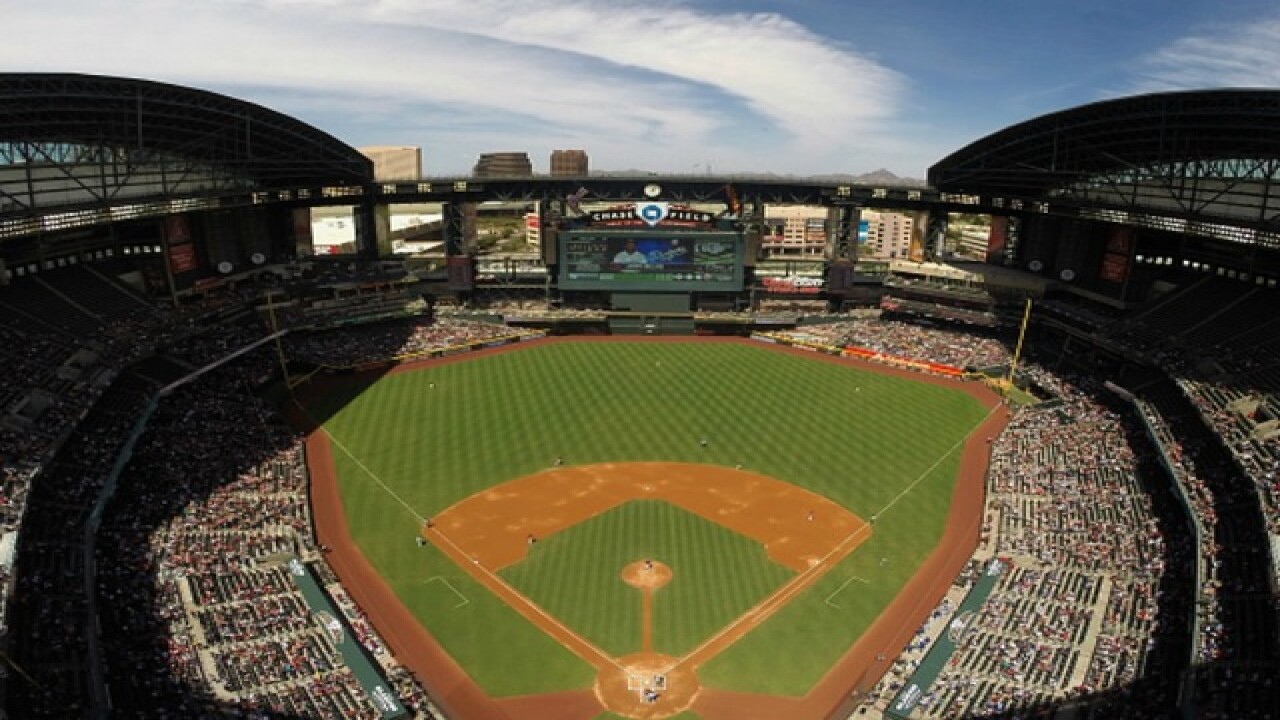 PHOENIX — Getting off to a fast start is imperative in this 60-game MLB season, a fact Diamondbacks manager Torey Lovullo and his players have acknowledged multiple times. That will be put to the test as the MLB schedule did no favors for the D-backs. According to MLB Network, the Diamondbacks have the fourth toughest schedule in the first two weeks.

The D-backs will open the season in San Diego for the first time in franchise history. It will be a four-game series with the Padres beginning Friday, July 24 at 6:10 p.m. Following that, the Diamondbacks will head to Texas for a two-game series with the Rangers, opening the doors on the newly-built Globe Life Field.

The Diamondbacks will open their home schedule at Chase Field July 30 against the LA Dodgers. It will be a four-game series followed by three against the Houston Astros.

The D-backs will close out the season with a five-game homestand September 22-27 against the Rangers and Rockies.

The Diamondbacks will also play two exhibition games prior to the start of the regular season. Those will be in Los Angeles against the Dodgers on July 19 and July 20.

To start the season, fans will not be allowed in attendance for games. There is a possibility that could change later in the season depending on the latest coronavirus data.