Arizona Cardinals Predictions: Cards head to New Orleans to take on the Saints 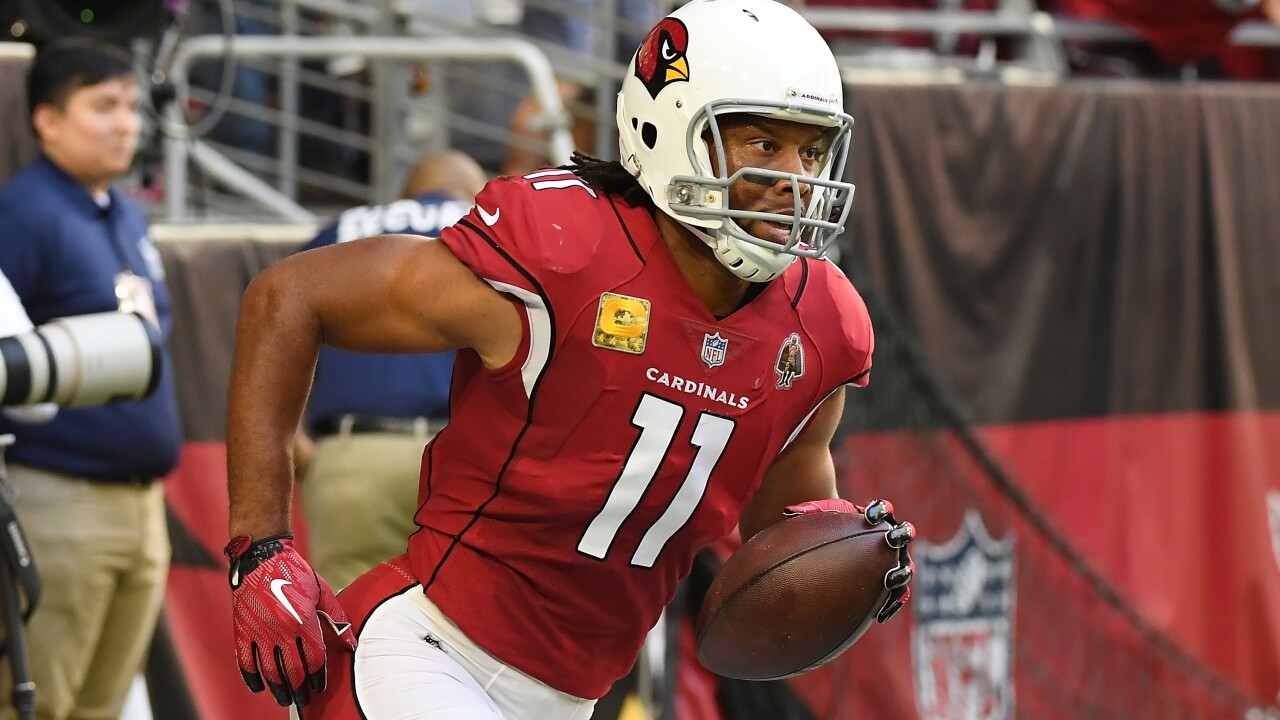 Norm Hall/Getty Images
GLENDALE, AZ - NOVEMBER 18: Larry Fitzgerald #11 of the Arizona Cardinals celebrates after catching a touchdown pass during the first quarter against the Oakland Raiders at State Farm Stadium on November 18, 2018 in Glendale, Arizona. (Photo by Norm Hall/Getty Images)

NEW ORLEANS, LA — The Arizona Cardinals look to travel to New Orleans and continue their win streak, but it will be a rough road to four in a row.

The Arizona Cardinals are on a roll. They’ve won three in a row and have finally developed a strong running game in the last few weeks. Second-year running back Chase Edmonds had the best game of his career with 126 yards rushing and three touchdowns in last week's rain-soaked win over the New York Giants. Even if starter David Johnson is at full strength after an ankle injury, Edmonds will likely have a big role because of his hard running and pass-catching ability.

The New Orleans Saints are on a roll. They’ve won five in a row and are expected to get one of the best quarterbacks in the NFL back this weekend in Drew Brees. During their win streak, they’ve managed to beat Dallas and win on the road against Seattle and Chicago despite Brees being sidelined.

So, can the Cardinals shock the NFC and steal a win on the road in Brees’ return?

The Saints are 10.5-point favorites and are clearly the team to pick in this one. However, the Cardinals have momentum and I’m hoping the Drew Brees “return” messes with everyone’s mind in New Orleans. Let Teddy Bridgewater play, or bring on future Hall of Famer Brees?

Let’s be honest… the Cardinals defense is too porous and the offense, well, is facing the Saints defense.

Who cares? I’m going with my team this week. Heart above head as they say.

While on the surface it would probably better for the Cardinals to not have to face one of the greatest quarterbacks of all-time Sunday in the Mercedes-Benz Super Dome but the reality is whether it's Brees or Bridgewater, it's going to take a herculean effort and probably a little bit of luck for the Cardinals to pull off what would be a stunning upset in the Bayou. The Cardinals are on a roll and gelling on both sides of the ball. Patrick Peterson's back and his self-declared "P2 effect" is real and seemingly spectacular but the Saints right now are a cut above the fray. The Saints are in the upper echelon of the league. The Saints are a Super Bowl contender. The Saints are at home. The Saints are more than likely going to win this football game.

Teddy Bridgewater's 5-0 record in Brees' absence speaks to depth and quality of the Saints roster. The New Orleans defense just spent four quarters destroying the Bears offense at Soldier Field. In fact, if not for two Bears touchdowns in severe garbage time, the Saints defense could be in the midst of eight straight quarters without allowing a score.

If you're into stats - here you go:

The Saints are tied for 6th in the NFL in total defense, they're 11th in scoring defense and 2nd in rushing defense. They're tough and stingy - and did we mention the fact they're at home? Offensively Michael Thomas is proving to be one of the most productive wide receivers in the league. Thomas's 763 receiving yards currently leads the NFL. He's dangerous.

So the Saints are 6-1, they're 10 1/2 point favorites and they're playing in a stadium where the Cardinals haven't won since 1996.

Here's how the Cardinals can pull it off though - they can follow the tried and true blueprint for all football upsets. Play mistake free. Create multiple turnovers - one at a critical time would be even better. Score on defense and/or special teams. Run the ball. Stop the run.

The Cardinals have improved. They're undoubtedly interesting again. This season should produce a bunch more wins - just not Sunday.