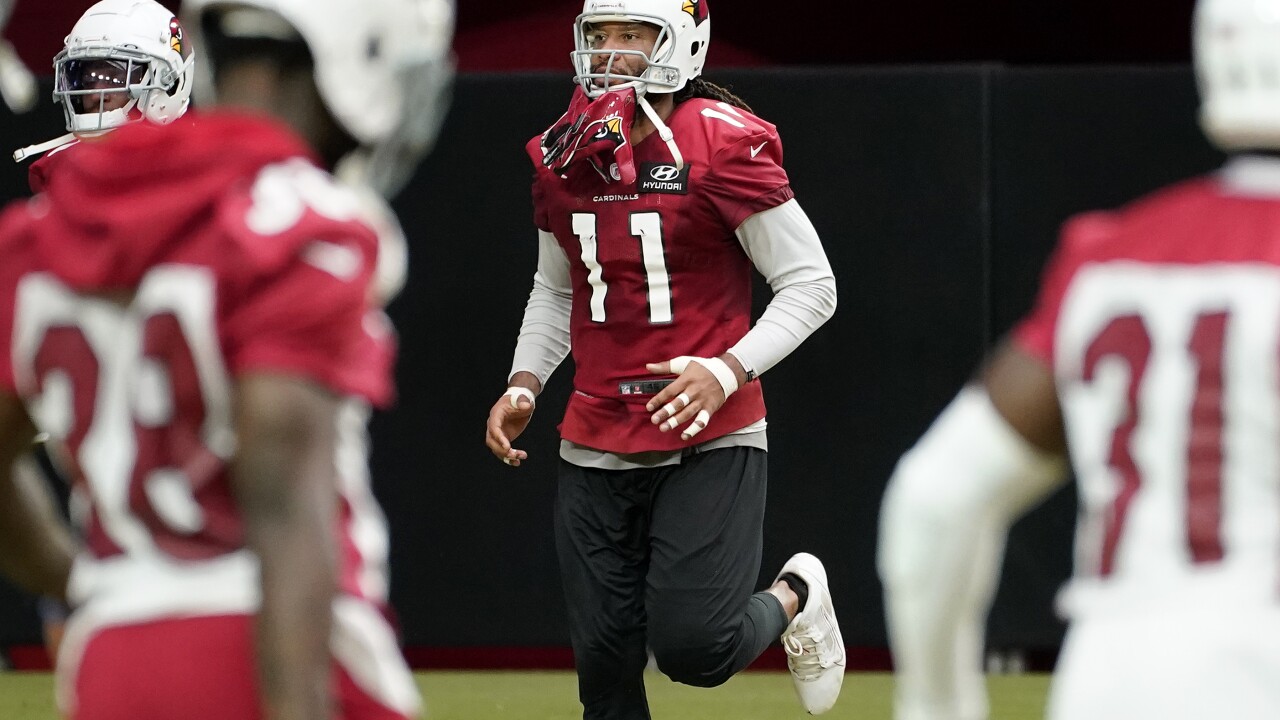 GLENDALE, AZ — The Arizona Cardinals broke training camp Thursday, feeling good about where they are at as a team ten days prior to their season opener at San Francisco.

"As a team, I feel like we're right there," said wide receiver Christian Kirk. "With this last week of prep, we're definitely just looking forward to locking it down, fine-tuning, but I know offensively, and even defensively, we're putting all the pieces together."

Despite the lack of preseason games, and the overall uniqueness of this training camp, Kliff Kingsbury said the Cardinals are much further along than at this point last year, in his first season as head coach.

"I think just as far as coaches and players having expectations of what we want to be, what we can be and how to practice and how to prepare for week one, we're light years ahead of where we were," said Kingsbury. "We're going to find out exactly where we're at when you're playing the NFC champs week one, but I've really been impressed with the way guys have kind of not skipped a beat as far as taking the step from year one to year two."

Kenyan Drake and Larry Fitzgerald returned to the field for the final practice of training camp after both had been held out for the rest of the week. Kingsbury said of Fitzgerald missing time, not to worry about the recently-turned 37-year-old.

"He did have an extended birthday celebration, but he's more than anything just resting," the Cardinals head coach said. "He has a great grasp of our system, and he's been asking us to practice and we've been telling him, 'no, we don't need you to practice."

With camp in the books, the Cardinals will now move operations back to team headquarters in Tempe, resuming practice on Monday after three days off. But before they went their separate ways for the long weekend, Kingsbury said the team discussed maintaining health and safety protocols that have led to the Cardinals being one of the few NFL teams without a positive test.

"Now the big challenges are, right now we're breaking camp and getting out of our bubble and everybody has to go into their regular life. Can we maintain this across the league," linebacker Devon Kennard asked rhetorically. "I'm pretty optimistic that we can."

As for the roster makeup, Kingsbury said they are pretty close to being set with their final 53, but they will discuss Friday morning and finalize things after seeing what other teams do with their roster cuts. The deadline to get down to 53 is Saturday at 1 p.m. Arizona time.

Then Monday, game prep begins to get ready for the San Francisco 49ers in week one of a season with high expectations for the Cardinals.

"We just want to take a step forward," Kingsbury said. "We felt like we made some progress at the back end of last year as a team, even in our practice processes and how we did things. And then we're hoping to build off that this year and put a better product out there and be a better overall organization."