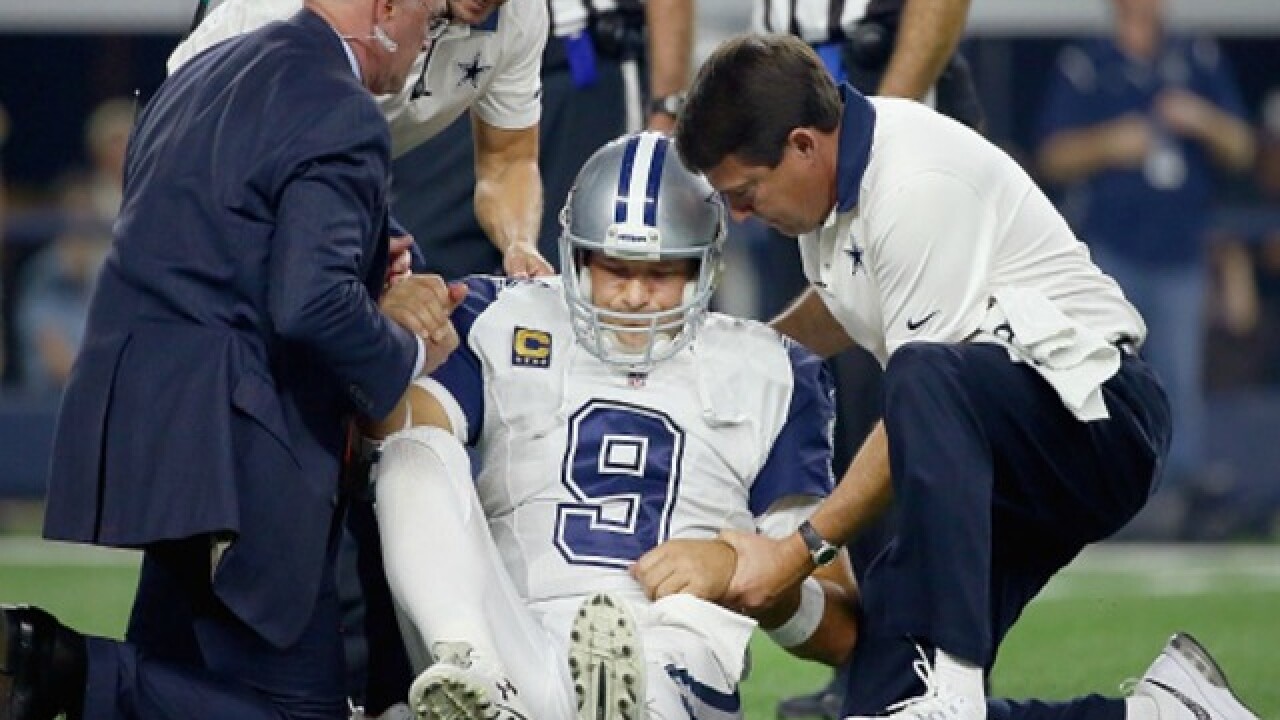 Tom Pennington
<p><span style="color: rgb(102, 102, 102); font-family: 'Helvetica Neue', Helvetica, Arial, sans-serif; font-size: 10.8px; line-height: 16.2px;">Tony Romo #9 of the Dallas Cowboys is assisted off the field by team medical personnel after being injured on a play against the Carolina Panthers in the third quarter at AT&T Stadium on November 26, 2015 in Arlington, Texas. (Getty Images)</span></p>

A person with knowledge of the decision tells The Associated Press that the Dallas Cowboys will release quarterback Tony Romo when the NFL year opens on Thursday.

The person spoke to The Associated Press on Wednesday on condition of anonymity because the team hasn't announced a decision on Romo, who will get a chance to pursue a starting job elsewhere.

RELATED: Romo to the Cardinals? ESPN says it's possible, but a long shot.

Romo will leave the Cowboys as the franchise leader in yards passing and touchdowns after losing the starting job to rookie Dak Prescott. Dallas' 10-year starter broke a bone in his back in a preseason game last year.

Romo, who turns 37 next month, threw for 34,183 yards and 248 touchdowns, but could never match the postseason success of Super Bowl winners Roger Staubach and Troy Aikman.