Tori Foles was a volleyball player at UA 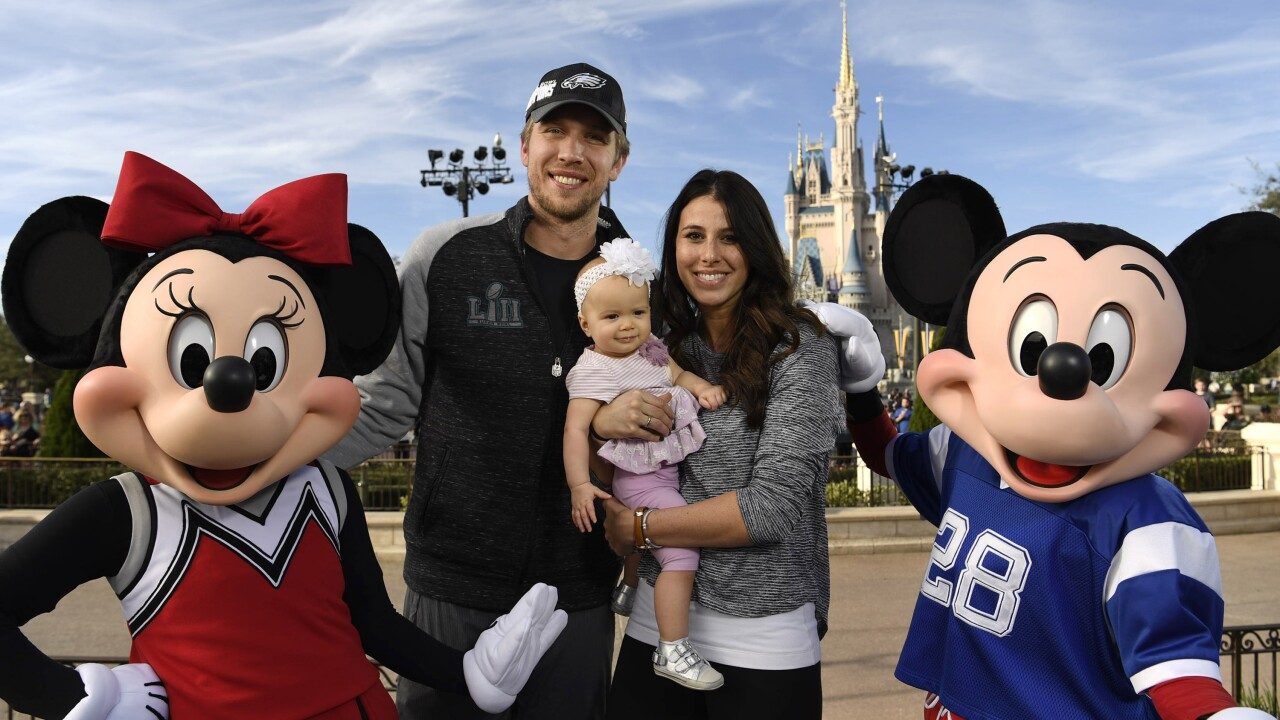 Tori Foles, the wife of Super Bowl champion and former Arizona Wildcats quarterback Nick Foles, revealed on her Instagram page Wednesday that she suffered a miscarriage while 15 weeks pregnant with their second child.

"Early Sunday morning after a rough couple days fighting a 'virus' of some sort, I went into sudden labor and knew something was wrong," Tori Foles, a former UA volleyball player, wrote. "Not long after we learned we had miscarried our baby boy. To fully labor and deliver and even see our baby boy was a pretty devastating process."

Nick and Tori met in Tucson while attending UA. The couple has a daughter, Lily.

Nick Foles was a three-year starter at UA from 2009-11. He guided the Philadelphia Eagles to a win over the New England Patriots in Super Bowl LII, stepping up as the Eagles' starter late in the season when Carson Wentz went down with a season-ending injury.

Foles signed with the Jacksonville Jaguars after the 2018 NFL season. He took an indefinite leave of absence from the team this week. “Our thoughts and prayers are with Nick and his family,” Jaguars head coach Doug Marrone said Tuesday.

Read below for full story. So thankful for this family right here and miss having them right down the street! Our weekend together was not quite as planned, but blessed by their presence and the help they provided us with an unexpected set of circumstances that nick and I suddenly found ourselves in. As several of you knew, we were about 15 weeks pregnant with our 2nd baby. Early Sunday morning after a rough couple days fighting a “virus” of some sort, I went into sudden labor and knew something was wrong. Not long after we learned we had miscarried our baby boy. To fully labor and deliver and even see our baby boy was a pretty devastating process. Come to find that I had contracted an infection of pneumonia in the blood. The emotions go back and forth from immense and overwhelming sadness, confusion and anger to a firm belief that God has this fully in his hands and will use this for good. We cannot always understand or explain, but we know that is true. We’ve endured some unique challenges as a couple so far, but never quite knew what something like this felt like and now we do. We have so much compassion and sensitivity to those who have gone through a miscarriage at any point and in any circumstance. We know they all happen very differently. We are finally home from the hospital and recovering physically from the infection with antibiotics (already much better) as well as emotionally from this traumatic loss. This will take time. Thank you Taylor family for being here this weekend. We had a pretty fun weekend planned, and it was turned upside down, but God knew we needed you. ❤️

Tori has written a beautiful heartfelt post explaining what we have gone through this last week. We are grateful for all the love, support and prayers. 2 Cor 12:9