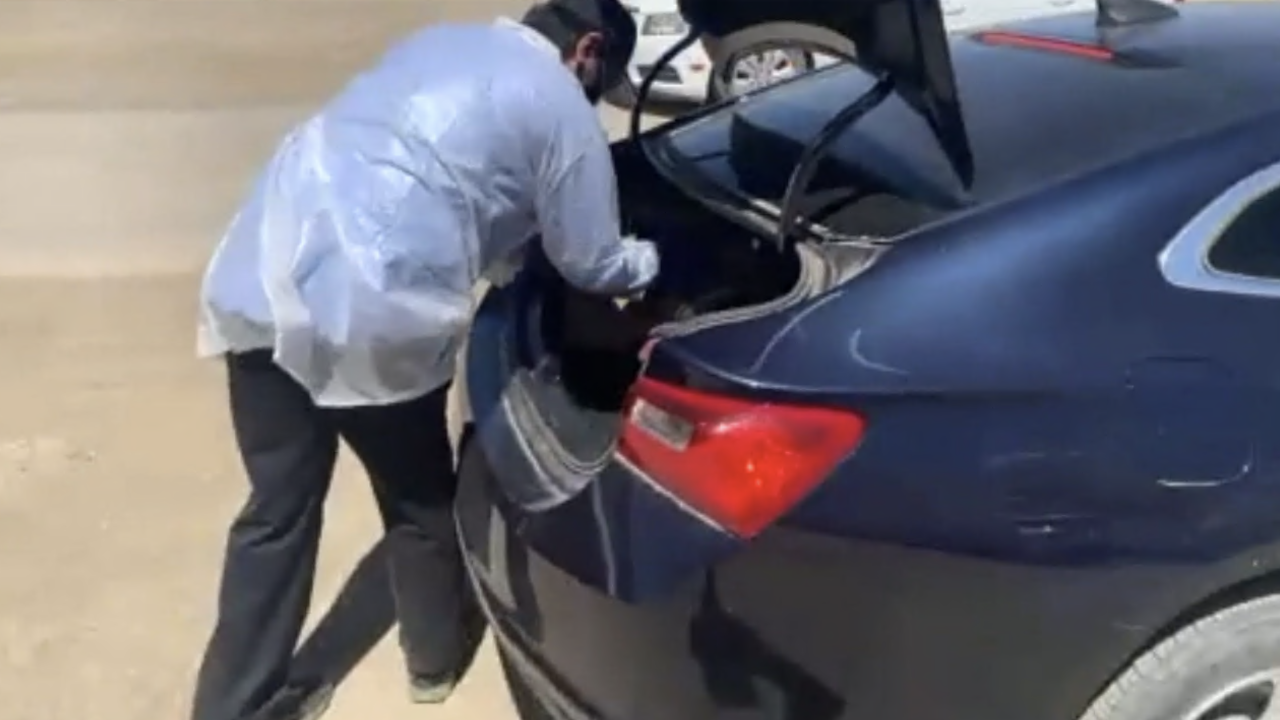 Red Rock is 10 miles south of Gallup, New Mexico. The city is now on lockdown.

At each stop Nez made, vehicles lined up to obtain necessities needed to sustain their families during lockdown.

“As you can see, we have a no contact distribution of food and supplies, what we’re giving out today is fresh produce, the water, and cleaning equipment,” said President Nez.

“I usually go in like every other day to get stuff that I need, now I can’t really do that,” said one Red Rock local.

She like many others are now dependent on these types of deliveries.

“Gallup’s closed right now so this is our only food source for now, so hopefully we get enough food to last us out through the week until it opens back up,” said another Red Rock local.

“If we’re gonna do something, we better do it now,” said Gallup Mayor Louie Bonaguidi.

Mayor Bonaguidi says the lockdown is in place as COVID-19 cases nearby continue to surge.

While Gallup is not technically on the reservation, it serves many who live there. As many as 40 thousand descend on the community during weekends for supplies following paydays.

“With the influx of that many people I mean the contamination could be terrible,” said Mayor Bonaguidi.

President Nez says he’s working closely with Mayor Bonaguidi and agrees with the lockdown. He is discouraged with the amount of money the nation has received of the more than $8 billion dollars in federal aid designated for tribal nations.

“The eight billion dollars from the CARES Act, zero, not one penny has come to tribes,” said President Nez clearly frustrated.

A number of Native American tribes sued the federal government recently in an effort to get the money flowing faster.

Until it does, Nez and other leaders are diving into their own pockets to pay for personal protection equipment and other critical operations.

But he has a message for the treasury from the dust filled front lines Monday.

“Whatever money we’re spending on this emergency operation, we’re gonna be sending those receipts up to Uncle Sam,” said President Nez.

PHOTOS: COVID-19 on the Navajo Nation