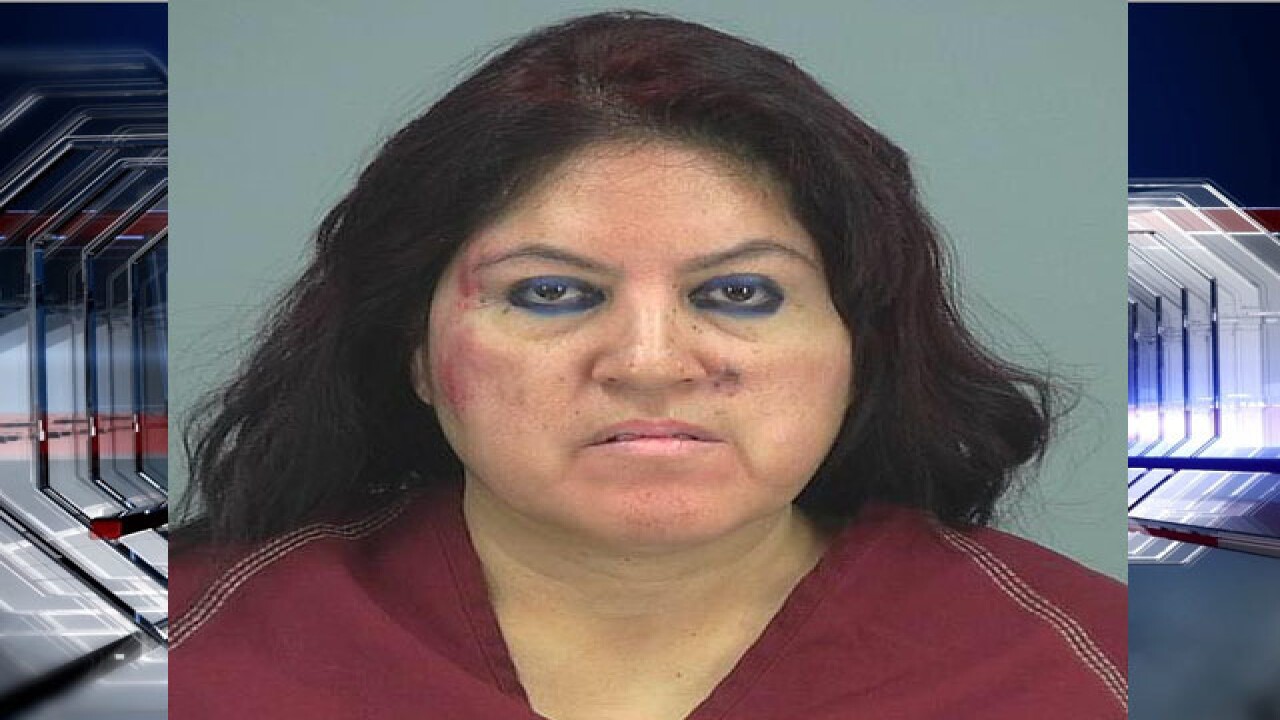 A Tucson woman is in jail after deputies say she had a wild night on Arizona highways.

Pinal County deputies arrested Inelda Provencia, 50, after they say she led them on a chase that started on Interstate 8 and ended off Interstate 10 and Sunland Gin road in Eloy.

According to officials, Provencia was allegedly first spotted by a deputy speeding on I-8 before slowing down and putting her emergency lights on. She continued driving for several miles and was reportedly weaving between lanes and refusing to pull over.

Provencia eventually got off Interstate 10 and pulled into the Loves store parking lot. Deputies were able to block her car in, forcing her to stop.

The suspect allegedly got out of the car, put her hands in the air and began to dance. She then took off her shirt and bra and stood behind her car, a PCSO spokesperson said.

While deputies were arresting her, she allegedly told them that her name is "Jesus" but was later identified as Inelda Provencia, officials said.

Provencia continued to be uncooperative while in custody. Charges are pending at this time.