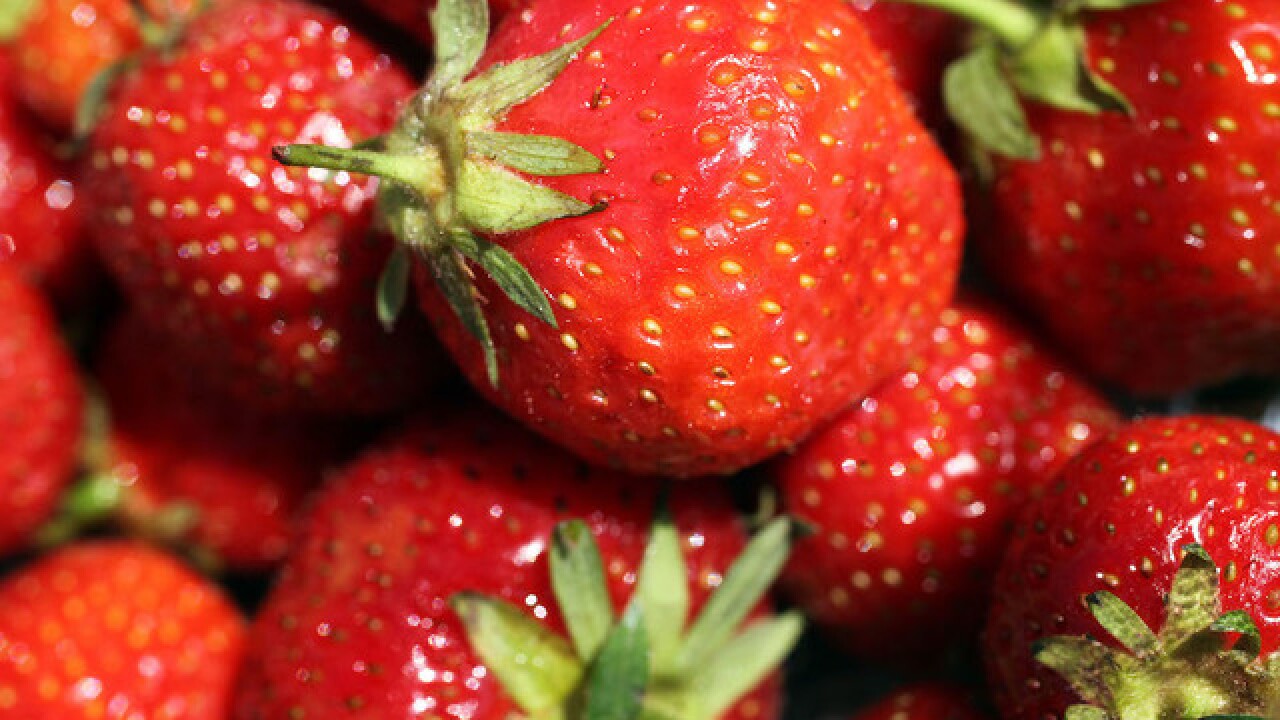 The Australian government has ordered a federal investigation into the contamination of strawberries with needles and pins, as police reported incidents in two more Australian states.

Greg Hunt, the Australian health secretary, directed Food Standards Australia and New Zealand to investigate the incidents, as concern spread about the apparent sabotage of the retail supply chain. People in the state of Queensland reported finding sewing needles in their fruit last week.

Authorities say they don't know whether the later cases were connected, or whether they were copycats. At least six brands of strawberries have been affected.

One big retailer in New Zealand said it would halt the sale of Australian strawberries in the wake of the scare.

"It's now beginning to look as if this is much broader than had initially been presumed," Hunt told the ABC network.

Reuters reported that a man Western Australia and a girl in South Australia reported finding sewing needles in the fruit over the past two days. A man told police in York, Western Australia he had found a needle in the sink after washing a punnet of strawberries.

In a statement published on its website Sunday, South Australian police warned members of the public to check punnets of Mal's Black Label strawberries following a report of a needle found inside the fruit.

"A member of the public reported purchasing a punnet of Mal's Black Label strawberries yesterday afternoon (Saturday 15 September) from Klose's Foodland Supermarket at Littlehampton," the statement said. "When the fruit was consumed this morning, a needle was found inside one of the strawberries."

Hunt said the investigation by the food standards agency would provide reassurance. "This a vicious crime, it's designed to injure, and possibly worse, members of the population at large," he said in remarks quoted by ABC.

The government of Queensland has offered a reward of 100,000 Australian dollars (about $71,510) for information leading to the arrest and conviction of anyone responsible for the contamination.

"Whoever is behind this is not just putting families at risk across Queensland and the rest of Australia -- they are putting an entire industry at risk," Queensland Premier Annastacia Palaszczuk said in a statement.

"I would urge anyone with information that may be relevant to this incident in any way to contact police as soon as possible," she said.

A spokesman for the Australian retail conglomerate Woolworths Group said its New Zealand supermaket chain Countdown would not place new orders with Australian growers. "We will transition to locally grown strawberries in a few days as the local season starts," he said.

The Queensland Health Department advised consumers to cut up strawberries before eating them. Queensland Police have also launched an investigation.