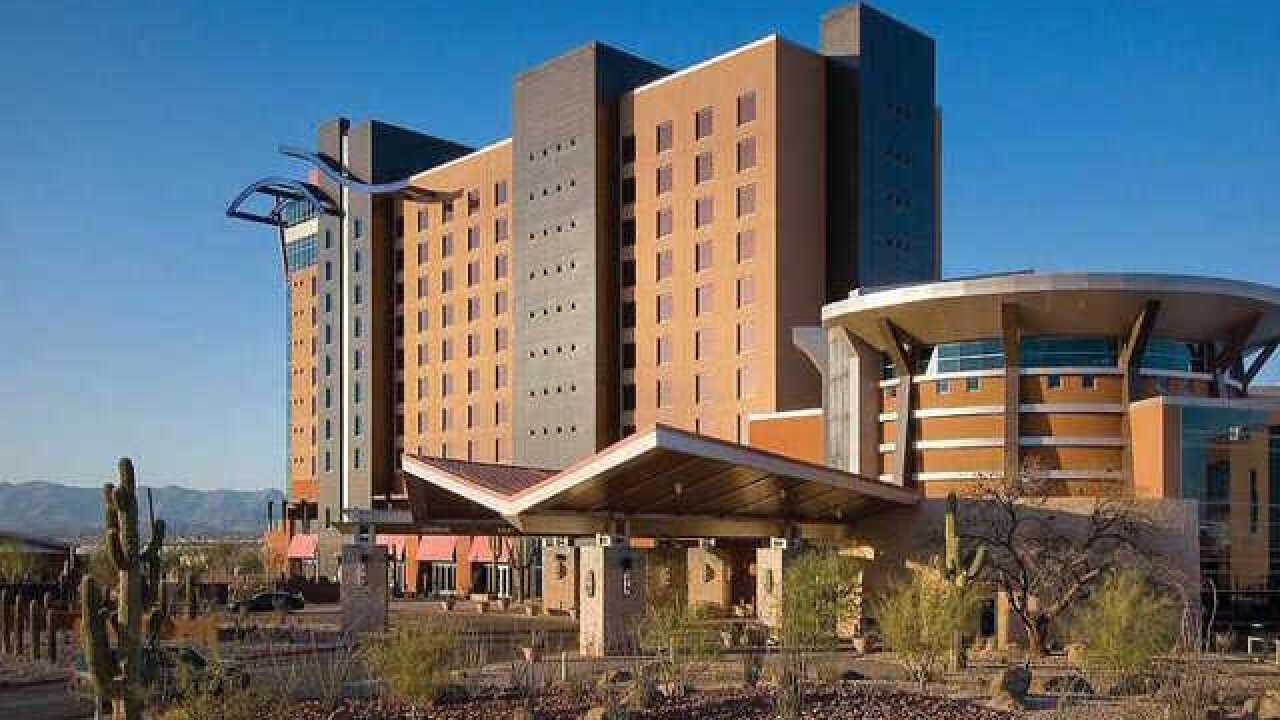 GILA RIVER, AZ — New accusations are coming out from employees inside Gila River Casinos as workers express major concerns over safety and protocols.

Many tell ABC15 that management refuses to reveal how many employees have tested positive for the coronavirus since opening. Some even say they were forced to return to work despite fear for their health, or quit.

This comes after the family of a security guard at the Lone Butte location said he died from the virus after being called back to work last month.

“I feel like I’m taking a risk every day that I go in there,” said a female employee who has worked with Gila River Casinos for more than 15 years.

“It’s not safe, and when we walk the floor talking with other people it’s more like, kind of a joke,” said a male employee with more than a decade with the company.

Both Gila River Casino employees who spoke with ABC15 wanted to keep their identities concealed for fear of retaliation.

“They don’t care one bit about me or their customers, to be honest with you, they just care about their bottom line,” said the female employee.

ABC15 has received numerous similar emails over the last few days. In them, Gila River Casino employees say they were given an ultimatum when the facility reopened in May, forcing them to sign a document saying they would submit to virus testing prior to return.

The document reportedly gave them two boxes to check that would decide their employment future -- return or resign.

And quitting would leave the workers no way to collect unemployment benefits. Like many others, she has serious underlying health issues adding up to $1,200 in medication per month and despite not feeling safe, she’s now back at work.

“If I were to get COVID, it would probably be a death sentence for me and I’ve already talked to my doctor, he advised me not to go back to work,” said the female employee.

Since returning, she says safety guidelines and procedures are laughable -- zero social distancing and little enforcement.

“Even some of our top executives, you see them in the hallway walking around nonchalantly. They’re not even following the proper PPE guidelines,” said the male employee.

He tells us that his bosses continue to say not a single employee has tested positive for the virus.

The casino has implemented mandatory testing every other week.

“I know people have tested positive, we’re not being told the truth and it’s horrible,” said the male employee.

We reached out to Gila River Casino asking them to address these specific accusations.

They refused, instead referring us to their statement from Monday.

In it, the company says:

The health and safety of our employees and guests is our main priority which is why we implemented extensive safety measures across our three properties upon reopening, including a new casino floor layout to ensure physical distancing, increased cleaning and sanitization on high touch point areas, reduced capacity at each property, as well as providing our employees with personal protective equipment and testing them every two weeks.

With respect to our procedures, we are constantly reviewing and updating all of our procedures to ensure that they are the very best possible and will continue to improve them every day as we can.

We will continue to work closely with public health officials, our team members and our community to monitor the pandemic to follow and implement recommended safety measures to protect the health and well-being of all of our employees and guests.

However, for those stuck on the front lines, these seem like promises unfulfilled.

“I mean, my God, yes I am scared, and I’m telling you if I could have health insurance, I would not work there,” said the female employee.