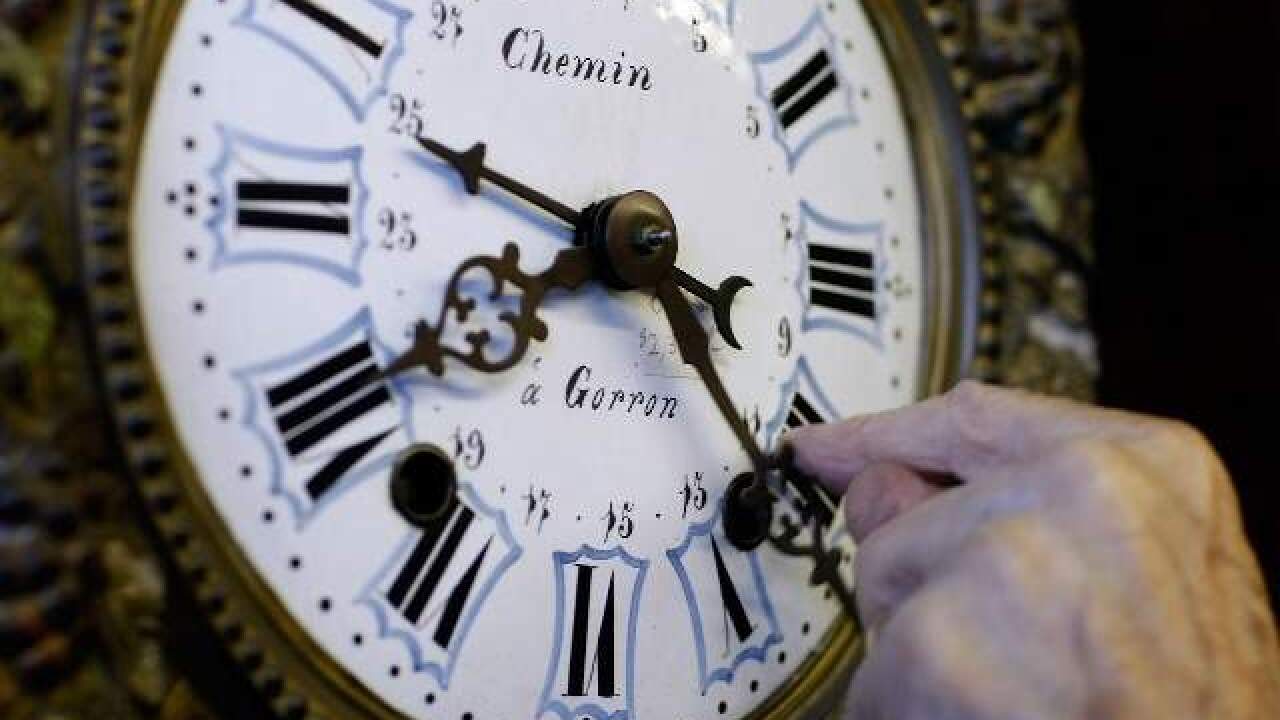 It's that time again -- but not for Arizona.

Sunday, March 8 marks the beginning of Daylight Saving Time for most of the United States.

But unlike almost everywhere else, Arizona doesn't observe Daylight Saving Time (DST), and hasn't done so for about the last 40 years.

It means the state is in the same time zone as Denver from November to March, but then falls behind Denver to Los Angeles time from March to November.

It's a "year-round timezone" practice that other states in the USA -- and other countries around the world -- continue to consider. In fall 2017, 70,000 people signed a petition in Finland to ditch Daylight Saving Time. Massachusetts also commissioned a report last year to analyze the impact of going to one, year-round timezone, citing economic and social benefits to the move.

More recently, Florida lawmakers approved a bill to keep Daylight Saving Time going throughout the year in their state.

Going back a little further, a 2008 report from the U.S. Department of Energy said sticking with one time could save approximately 0.5% of electricity per day for the country . That's enough power for 100,000 households over a year.

So why aren't more places switching to a single time zone, and more importantly, how has Arizona avoided it when others haven't? It has a lot to do with the weather.

The history of daylight saving is tied to energy conservation. Switching to DST in the summer means more sunlight at night, which in turn means homes don't have to turn on lights as early.

According to the U.S. Government, that leads to energy and fuel savings.

Over the course of the last 100 years, the United States (including Arizona) has gone on Daylight Saving time in both World War 1 and World War 2, but then gone off after the wars were over.

In 1973, a more permanent federal law was put in place to help with the shortages of the time. But Arizona asked for – and was eventually granted an exemption.

According to an Arizona Republic editorial from 1969, the reason was the state's extreme heat. If Arizona were to observe Daylight Saving Time, the sun would stay out until 9 p.m. in the summer (instead of 8 p.m., like it does currently).

"[Data] clearly show that we must wait until about 9 p.m. DST to start any night-time activity such as drive-in movies, moonlight rides, convincing little children it’s bedtime, etc," the editorial stated. "And it’s still hot as blazes!"

Another Arizona Republic editorial from 1968 stated, "Drive-in theaters, the parents of small children, the bars, the farmers and those who do business with California" were against Daylight Saving time while "power companies, the evening golfers, the late risers, and the people with business interests on the Eastern seaboard" were for it.

But don't be fooled by Arizona's DST stance. Not every corner of Arizona is exempt from Daylight Saving Time.

If all of Arizona were to re-evaluate its stance and choose to observe DST, here's what would change.

Instead of sunrise at 5:30 a.m. during most of the summer, the sun would come up at 6:30 a.m. And at the end of the day, the sun would set at 9 p.m. instead of 8 p.m. Winter sunrise and sunset times would remain the same.

So will other places follow Arizona's path? We'll all have to wait and see.