What's being done to protect your vote in Arizona? 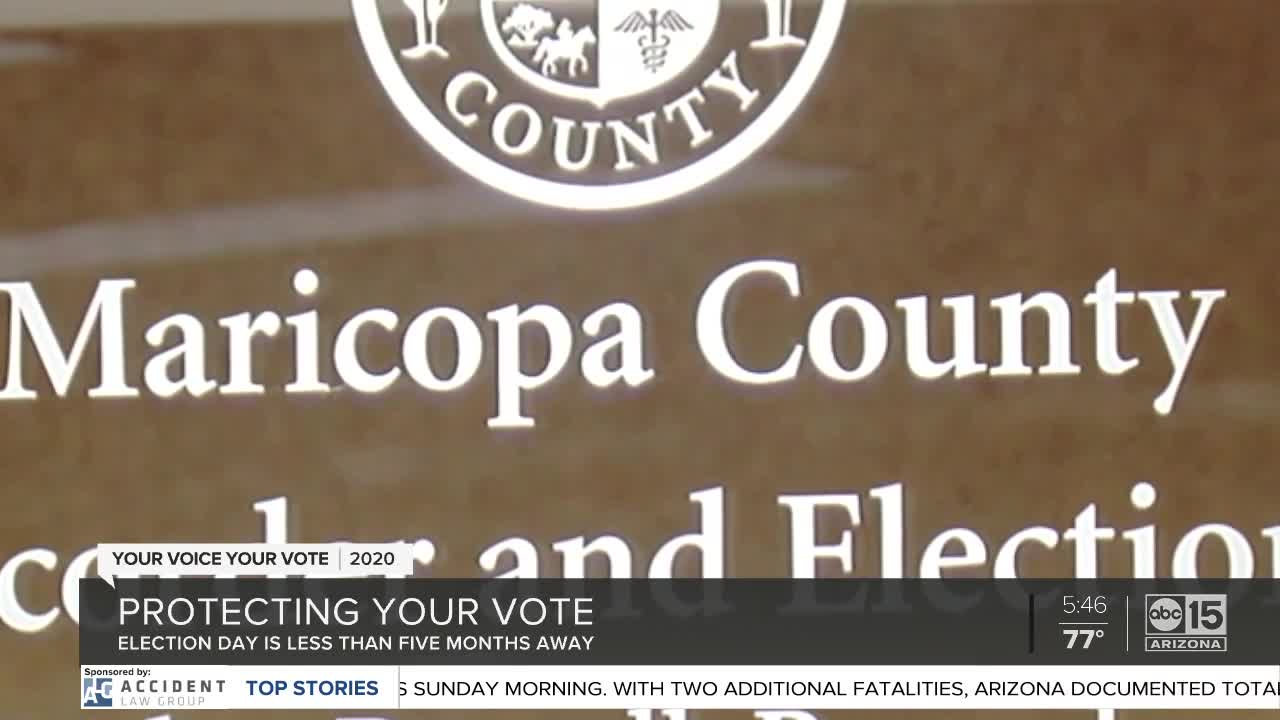 The 2020 Presidential Election is now less than five months away.

PHOENIX — The 2020 Presidential Election is now less than five months away.

Arizona is one of six key swing states that could determine the outcome. There is also a U.S. Senate seat up for grabs. With so much at stake, what's being done to protect your vote?

Arizona got a preview of voting during a pandemic during March's Presidential Preference Election. But with a primary in August and the general election in November --and a whole lot of unknowns when it comes to the coronavirus -- what's being done to keep us all safe?

"I see it, as the state's chief elections officer, to make sure people don't have to choose between their vote and their health," explains Secretary of State Katie Hobbs.

Sec. Hobbs says her team has been working with county elections officials since March to try to make sure things go off without a hitch.

"Elections aren't something we just think about a month ahead of time," Hobbs says. "There is so much planning and preparation that goes into it."

Sec. Hobbs explains we can expect to see more social distancing at polling places for voters who decide to cast their ballots in person. She also wants to help make sure county officials have all the personal protective equipment they need. Finally, Hobbs tells ABC15 we will continue to see a big emphasis on early voting, which includes mail-in ballots.

But with President Donald Trump alleging that mail-in voting leads to widespread fraud, we wanted to know if Arizona has seen any proof of that.

"We really haven't," says Sec. Hobbs. "Voting by mail is secure. We have a long track record of doing it securely here. Vote-by-mail ballots are treated just like any other ballot. We have statutes about transportation, storing, and handling ballots."

Sec. Hobbs adds there is a process to authenticating a signature.

"Your signature is your proof of ID. Every single signature on every single ballot is checked by people who are trained to check those. It is very, very difficult in any circumstance, whether you're voting in person or mail, to commit the acts that people allege are committed."

Sec. Hobbs adds in the past 10 years, Arizona has seen roughly two dozen cases of voter fraud that were prosecuted. Hobbs says these cases didn't just deal with mail-in ballots; they included people committing fraud while voting in person and in many of these cases, the offense was for trying to vote in multiple states.