What don't you know about your childcare provider? 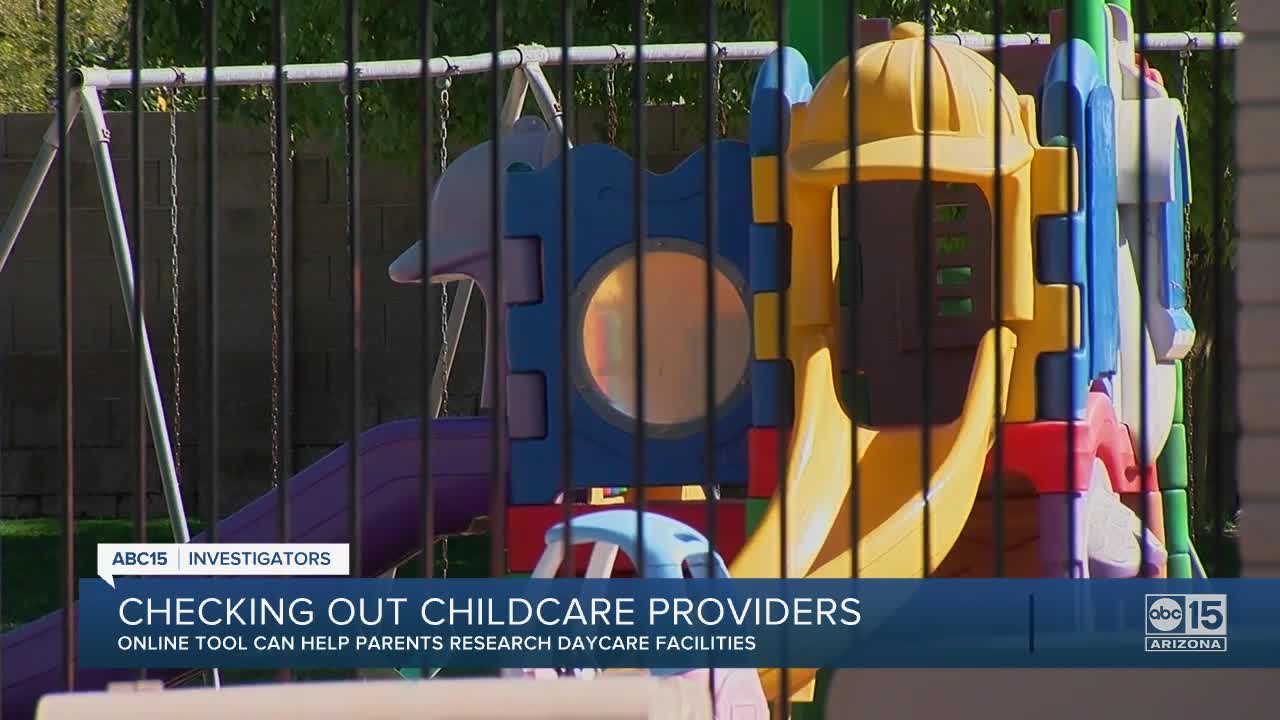 PHOENIX, AZ — There are more than 2500 childcare centers in Arizona.

And every single one gets a visit from an inspector with the Arizona Department of Health Services (DHS) at least once a year.

Sometimes more if there are problems found.

The ABC15 Investigators looked at publicly available inspection surveys for childcare centers around the state for 2019.

"We ask the provider to give us a plan to fix those deficiencies and will go back out and check to make sure ," says DHS spokesperson Colby Bower.

Accordng to DHS data for 2019, missing or incomplete emergency and immunization record cards was the most cited deficiency totaling 1275 for in-home and care center facilities.

But ABC15 Investigators also found some citations that are more than just administrative.

In one survey of Anderson Preparatory Academy in Phoenix, inspectors say one-year-olds were found with marbles in their mouths.

A spokesperson for the school told ABC15 in an email that they are aware of the incident and, "have since made changes in our organization so this type of incident does not happen again."

Documents show the teacher involved was fired by the school, and remaining staff was trained about choking hazards.

The school was cited for not being in compliance with health and safety standards.

In another inspection from March 2019 of 1st Step to Greatness in Phoenix, the survey noted a Phoenix Police report that described a child being left asleep in the backseat of a van for up to two hours.

According to the survey documents the child's parent collected all of their children but one who was "no where to be found."

A spokesperson sent ABC15 a "statement of denial of the allegations." Also saying in part, "There were no charges and no arrest made in regards to the alleged allegation. We have taken steps to have the misinformation removed from the website..." DHS says the company agreed to pay a $300 fine for the incident.

A four year old girl is believed to have slipped through a broken fence at Love & Learn Preschool in Mesa according to the May 2019 survey of that facility. The school also goes by Love 2 Learn according to signage on its doors.

ABC15 obtained a 911 call of a woman that found the child walking in to traffic on Guadalupe Road near Alma School.

In it, she says her son jumped out of the car to bring the girl to safety.

According a Mesa Police report, officers walked the little girl around the neighborhood to try and find her home.

After a half hour police figured out she belonged at the daycare.

In a statement through their attorney the facility says it had been vandalized and didn't know it sustained "damage to the fencing at the rear of the facility."

They say the fence was repaired, and a policy implemented "requiring staff to perform a thorough inspection of the perimeter of the facility multiple times per day." The state cited and fined the school $900.

"Our goal is really to get that provider in compliance, while providing for a safe environment for those kids," Bower says.

Repeated violations or an unwillingness to be in compliance by facilities could result in suspensions, or revocation of licenses. But Bower says none rose to that level in 2018 or 2019.

The findings, citations, and penalties of the last three years of inspections are posted online at azcarecheck.com as just one tool to help parents.

But Bower says the surveys shouldn't be the only thing parent rely on to make a decision of where to send their children.

"The number one thing is really to go to that facility and do your due diligence before you leave your child with that facility," Bower says.