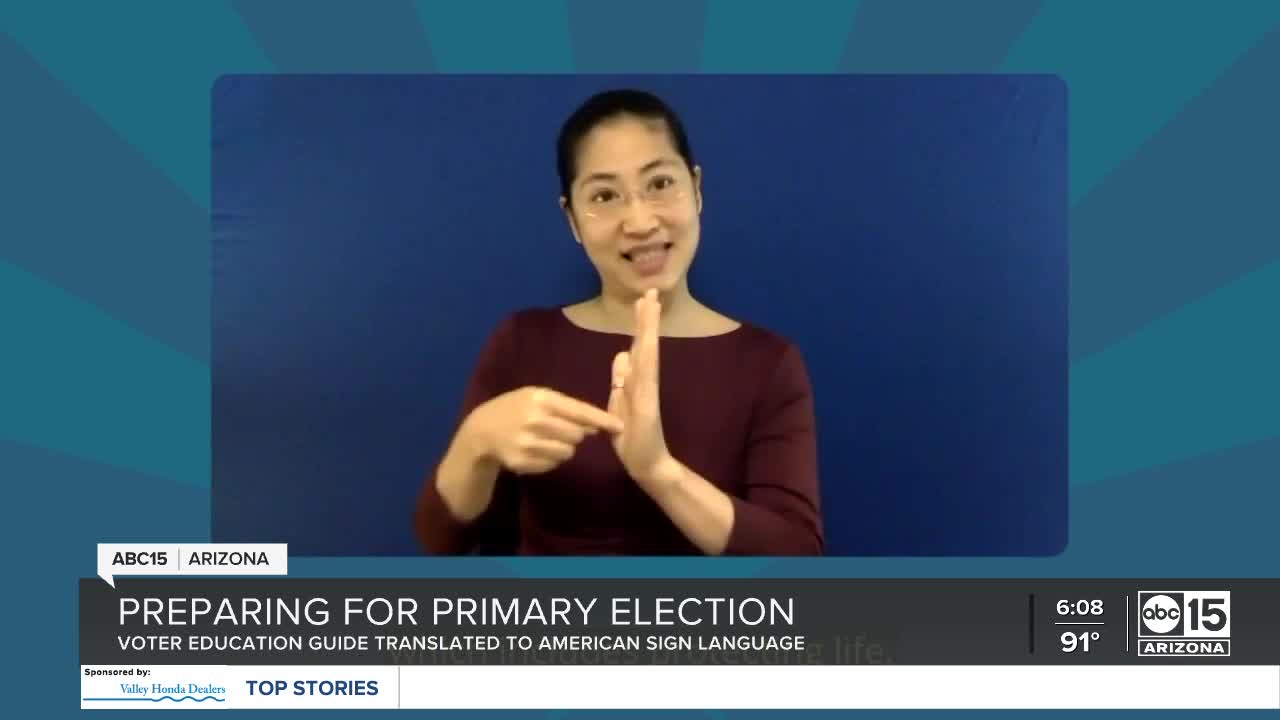 The Arizona Commission for the Deaf and Hard of Hearing, in partnership with the Citizens Clean Elections Commission, released a first-of-its-kind Voter Education Guide in American Sign Language.

The Arizona Commission for the Deaf and Hard of Hearing, in partnership with the Citizens Clean Elections Commission, released a first-of-its-kind Voter Education Guide in American Sign Language.

“Never in my life, or my parents' lives, who are also deaf, have we had 100% access to voter information in our language,” Linda Bove told ABC15.

Bove, known for her work as “Linda the Librarian” on Sesame Street, led a team of four in translating and creating an ASL video version of the Voter Education Guide. The guide, available online, is broken up by section and legislative district. It offers important voting information and statements from 173 candidates running in Tuesday’s primary election.

“Often deaf individuals don’t understand the voter education guides in English or information about who’s running and why,” Bove said. “They might either not vote or might not take a lot of effort into considering who they’re voting for,” she said.

ACDHH estimates there are approximately 1.1 million Arizonans who are deaf or hard of hearing. Bove said there was a “mutual respect” among the team taking part in the non-partisan effort and oversight to make sure the translations were accurate.

“I believe in full access where we are able to be equal to every other voter,” she said. “Hopefully this will move into other states seeing the value and establishing something similar in their states which, I think, would be awesome.”