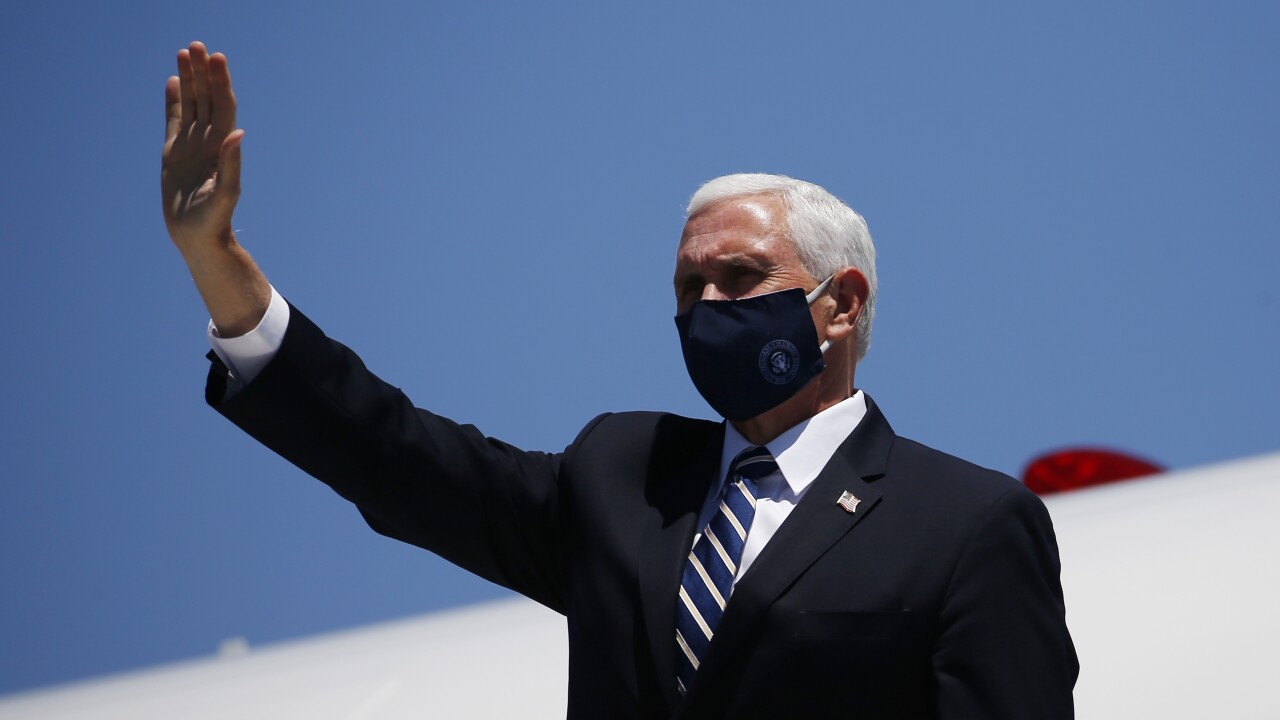 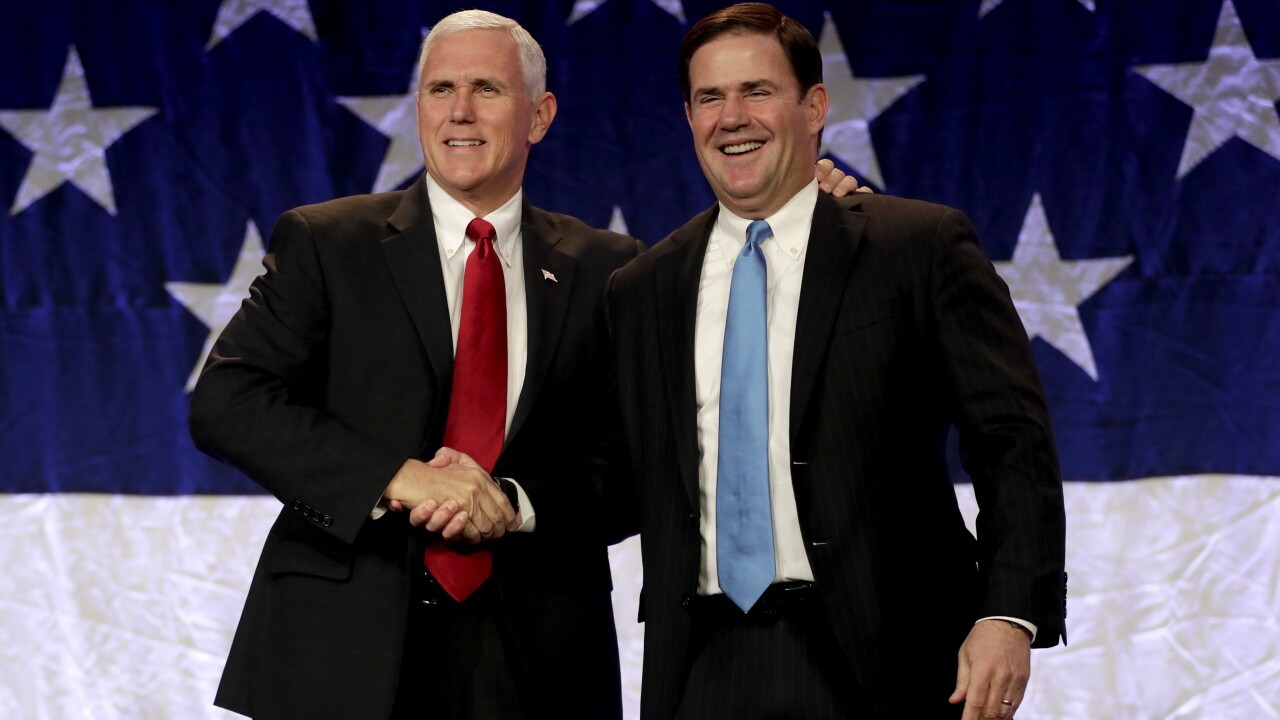 PHOENIX — Vice President Mike Pence visited Arizona Wednesday to join Gov. Doug Ducey in discussing the dramatic increase of coronavirus across our state and efforts to fight the spread.

The vice president landed in Phoenix and met with the governor after deplaning, and both were wearing masks at the time.

The visit to our state was originally planned to take place on Tuesday with a campaign event in Tucson, but was postponed by the Trump campaign, "out of an abundance of caution."

Following his meeting with the governor, the vice president held a news conference and addressed the people of Arizona, saying, “we’re with you and we’re going to make sure Arizona has whatever it takes to meet this moment, to slow this spread, to flatten the curve, to save lives. That’s our commitment to each and every one of you.”

Pence said he talked with Admiral John Polowczyk, who is in charge of all PPE supplies and the construction of ventilators, and said hospital capacity in Arizona remains strong with supplies of equipment.

This week, 62 medical personnel were sent to Tucson, said Pence, and during Wednesday's meeting the governor requested another 500 personnel.

Before he departed from Phoenix Sky Harbor Airport, Pence gave a message to healthcare workers in Arizona, saying, "Help is on the way and we’re going to spare no expense to provide the kind of reinforcements that you will need across the state, should this pandemic continue to spread."

He finished by saying he and President Trump "fully support Governor Ducey" and state health officials in what they are implementing across the state of Arizona to slow the spread.

“President Trump asked us to be here today with the dramatic rise of coronavirus cases.” - VP

Went on to say they want a report from the ground to see that Arizona gets what it needs.

‘That’s our commitment to each and every one of you’ @dougducey @AZDHS pic.twitter.com/JuYF4FWatR