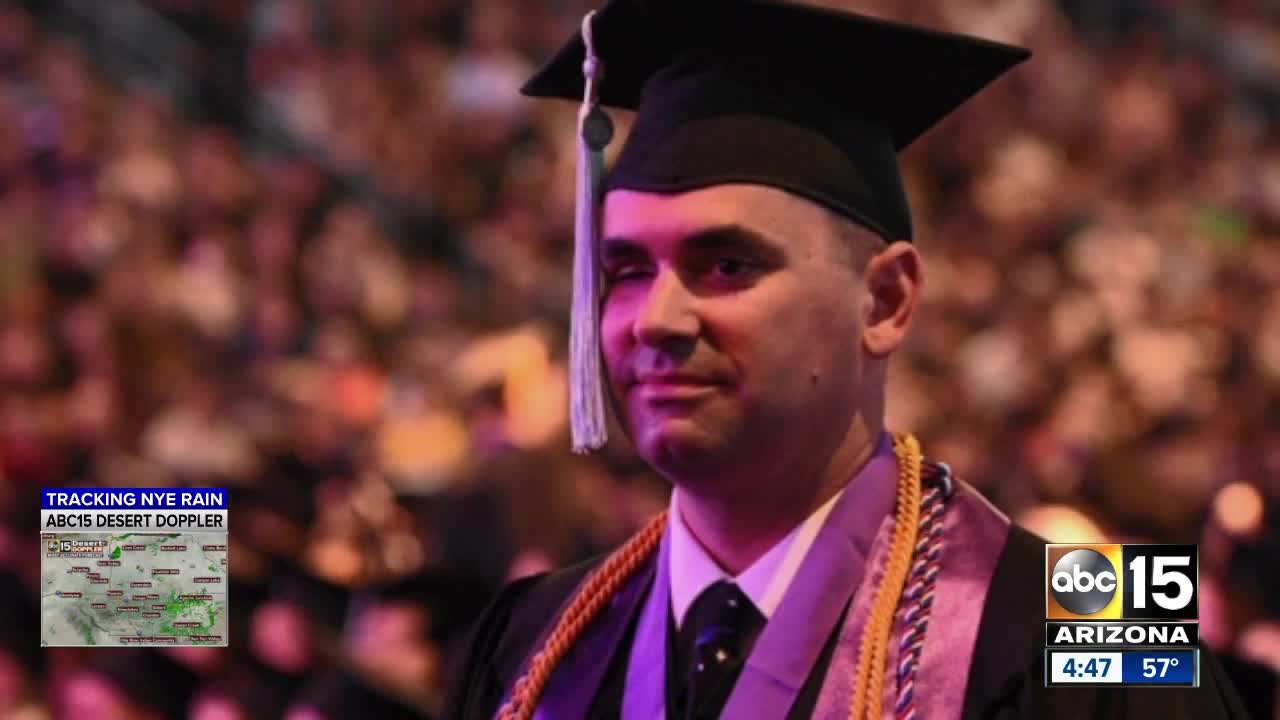 "The letter from the Department of Education said, 'we received information from the VA that you have been deemed total and permanent, and if you don't opt out by this date, your loans will be forgiven'," said Phillips.

The program, which has been around for years, was a time-consuming and complicated process to erase federal student loan debt for totally and permanently disabled veterans.

"All of my $30,000 has actually been paid in full," said Phillips. "Initially I was excited and shocked."

Phillips' path to those student loans was initially sidelined by a deep desire to serve his country.

"I left high school, got my GED and joined the Marines as military police," said Phillips.

In 2003 an ambush in Iraq derailed his convoy and his future plans.

"My injuries were pretty extensive. Obviously damage to the right eye, I have a traumatic brain injury, back, neck issues," Phillips said. "I had third-degree burns along my left side, I took an AK round through the left arm."

"The loans, I figured I'd worry about that later, but I was able to focus on my schooling in the meantime," said Phillips.

The gamble paid off.

Phillips will start teaching history and economics in the Florence Unified School District next month. He runs an astronomy outreach program and now, with that student loan debt forgiven, he is entering the new year with new hope.

"I'm hoping 2020 is the year where me and my wife can finally get into a home, because we've been trying for 10 years," said Phillips.

Veterans can opt out of the loan forgiveness within 60 days of receiving their notice of eligibility. In some states, there could be a potential tax liability or it could jeopardize their ability to take out future student loans.