Valley police chiefs listening to protesters, but will it lead to action? 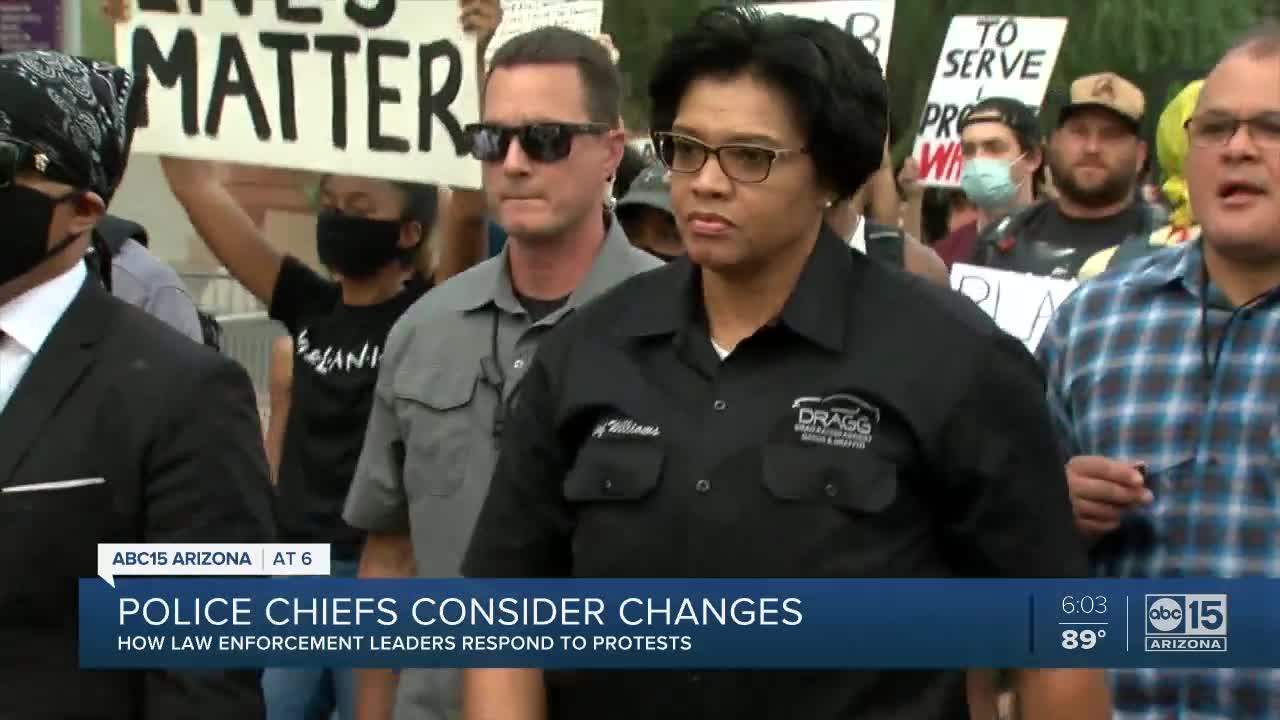 In the past several days, police chiefs across the Valley have engaged with protesters, but people are wondering if this will lead to real changes in departments. 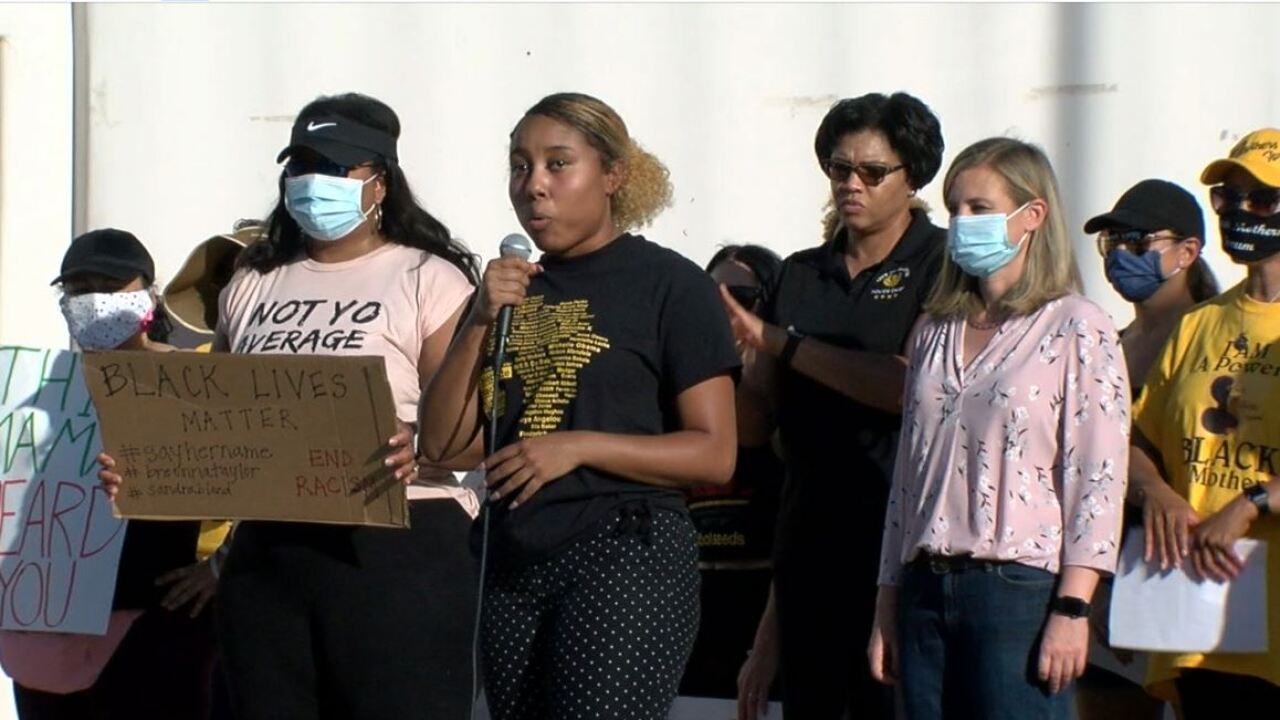 PHOENIX — In the past several days, police chiefs across the Valley have engaged with protesters, but people are wondering if this will lead to real changes in departments.

In Chandler, hundreds have gathered downtown multiple times to demand change. Chief Sean Duggan has joined the protesters, walking with them and listening to their concerns.

In an interview with ABC15 Wednesday, he said he understood that the fight for racial justice is a complex one. "It's first understanding that this is American history, this is a deep-rooted American issue," he said.

Chief Duggan said his department has good relationships with faith-based leaders and other community members. For nearly 20 years, the city has had a Citizens' Panel for Review of Police Complaints and Use of Force. They are appointed by the mayor and hold quarterly public meetings to review police incident summaries, watch body-worn camera videos, and even see demonstrations of police techniques.

Chief Duggan said what matters most is the individual encounters officer have on a daily basis. "We try to make that encounter an opportunity for people to support us. Are we treating people respectfully and are we earning their trust?"

In Old Town Scottsdale Sunday, Police Chief Alan Rodbell said he supported peaceful protests, and he wanted to be a part of the solution.

"These are all things that police officers truly believe in. But we've had a serious horrible incident between police and the community it doesn't mark all of us. There are 800,000 police, good police, good officers. You see them all in these streets. They're amazing, they deserve the support and reinforcement for how they do their jobs. We need to be able to weed out those that have no business being in the business to start with, and those who come in the business and do the wrong kinds of things," said Chief Rodbell.

"We see patterns of behavior that are disparate. Then we'll dig deeper to see what are the contributors. What's most important is that we separate facts from assumptions and within those facts, what's the data? What's the causal reason for the pattern of behavior? Is it bias? Is it implicit? Is it racism? Or is it a pattern of practice they're not aware of and if so, can we train it out of them?"

"Chief Cost has been meeting with numerous community groups and community leaders to listen to and discuss their concerns."