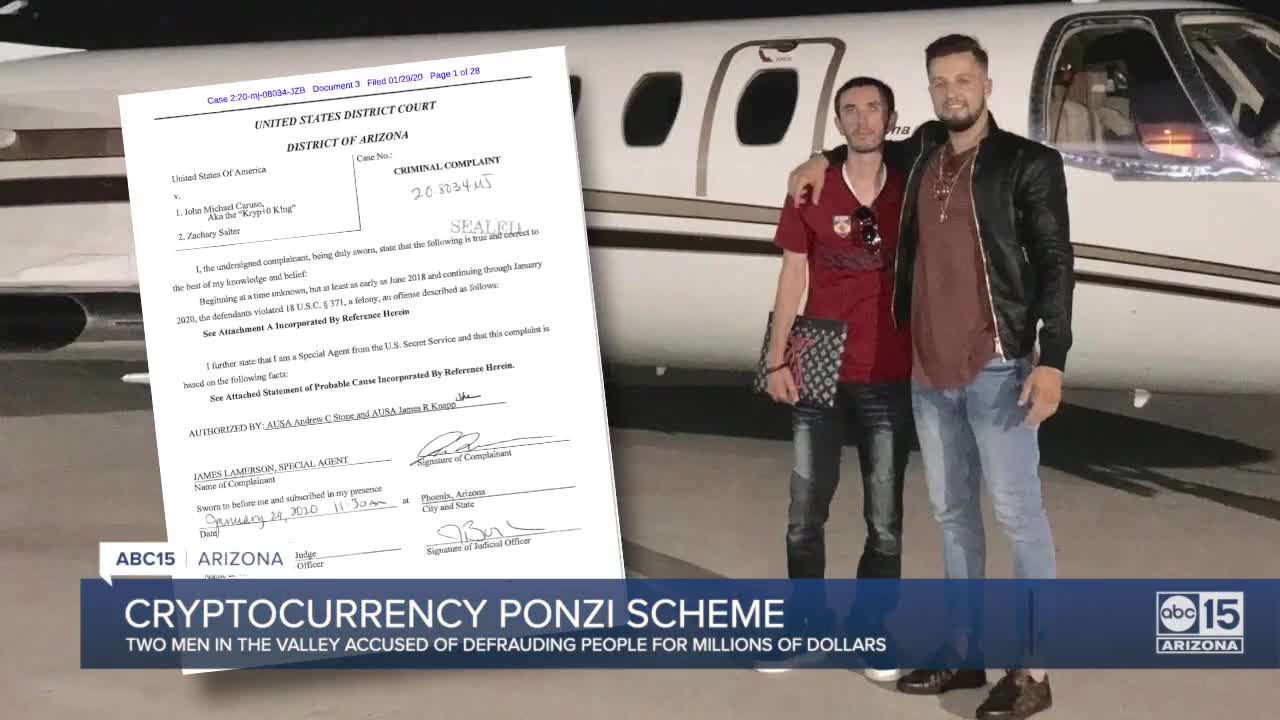 Two Arizona men have been accused of running a massive Ponzi scheme, according to documents filed in federal court. 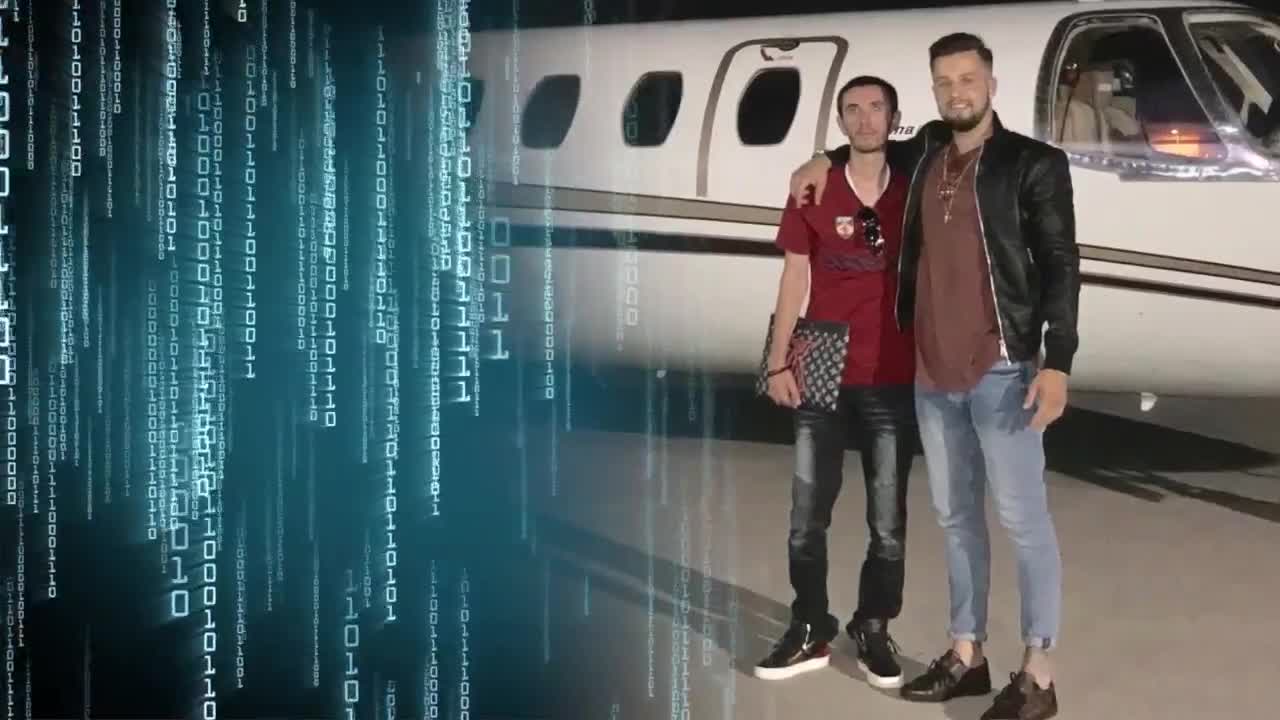 Two Arizona men have been accused of running a massive Ponzi scheme, according to documents filed in federal court.

Their victims include a number of former Major League Baseball players.

From a look at their social media, John Caruso and Zach Salter had it all: traveling to exotic locations, driving luxury cars, and posing in private jets.

The two in their 20s were living the life of premier money managers in the trendy world of cryptocurrency, after founding a company called Zima Digital Assets.

But behind it all was a world of lies.

According to federal court documents, Caruso and Salter bilked investors out of more than $7.5 million.

Both are said to have sold their victims on a life of wealth and financial independence by trading in cryptocurrency.

Only one problem -- court documents say of the millions they took from victims, not one dollar ended up being invested. Instead, the two men are accused of living the high life with it.

Both spent at least $350,000 jetting around on private planes and hundreds of thousands on luxury cars, vacations, clothes and jewelry. The two even lived in multi-million-dollar mansions in Paradise Valley and Scottsdale.

The US Secret Service arrested Caruso on Jan. 30. Caruso is the founder of Zima Digital Assets, a blockchain and cryptocurrency investment firm, and has dubbed himself the “Michael Jordan of algorithmic cryptocurrency trading.” Law enforcement arrested his partner, Salter, the same day.

The entire thing is now being called a Ponzi scheme by investigators. Investigators said that numerous victims caught in the elaborate scam were former Major League Baseball players and their families.

The players themselves are not identified in court documents. Other victims are described as senior citizens, such as the 76-year-old who gave the two men $200,000 to invest in cryptocurrency and an 86-year-old who entrusted them with $60,000.

The scheme taking place over a period of 18 months and encompassing more than 90 victims.

Zima’s website says the firm “operates various private funds focusing on investments in cutting-edge technologies, including crypto and other blockchain-based assets.” It also claims that Caruso and Salter have been “investing in long and short cryptocurrency and blockchain technology strategies since 2012.”

Caruso has spent time in jail before. He was found guilty for threatening to cut off a man’s hands and genitals in a $200,000 extortion scheme he carried out with his father in 2009.

Caruso received five years probation for that crime, but was sentenced to three years in prison for violating the terms of his probation on three separate occasions. He was released in 2017, after serving 20 months, and set up the Zima website shortly after being released.

Court documents go on to say that Caruso “appears to have wholeheartedly embraced his background and chartered the career trajectory of a full-time, career criminal."

He appears to believe that he is endowed with superior intelligence, and indeed, details of his activities in jail where he engaged in a complex coordination of people and resources provided glimpses of a criminal mastermind at work.”

Prosecutors fought to have Caruso detained pending trial, calling him a flight risk, saying “he has spent his entire adult life attempting to defraud people,” the government said in a motion filed with the court. “He has already utilized at least half a dozen criminal schemes. His relationship with the truth is tenuous at best.”

We tried to track down Salter at his family's home in Gilbert after being released into his father's custody. When we arrived, a woman spotted us and raced inside.

Neighbors told us the news is hard to stomach.

"Last I heard he was selling high-end real estate in Scottsdale, so I'm shocked and dismayed," said a longtime neighbor.

And that's how investors felt when they realized their money was gone.

Both men's attorney would not comment on the allegations.

Caruso and Salter are due back in court Friday.