Sheriff: Man dies after car swept away in Tonto Creek 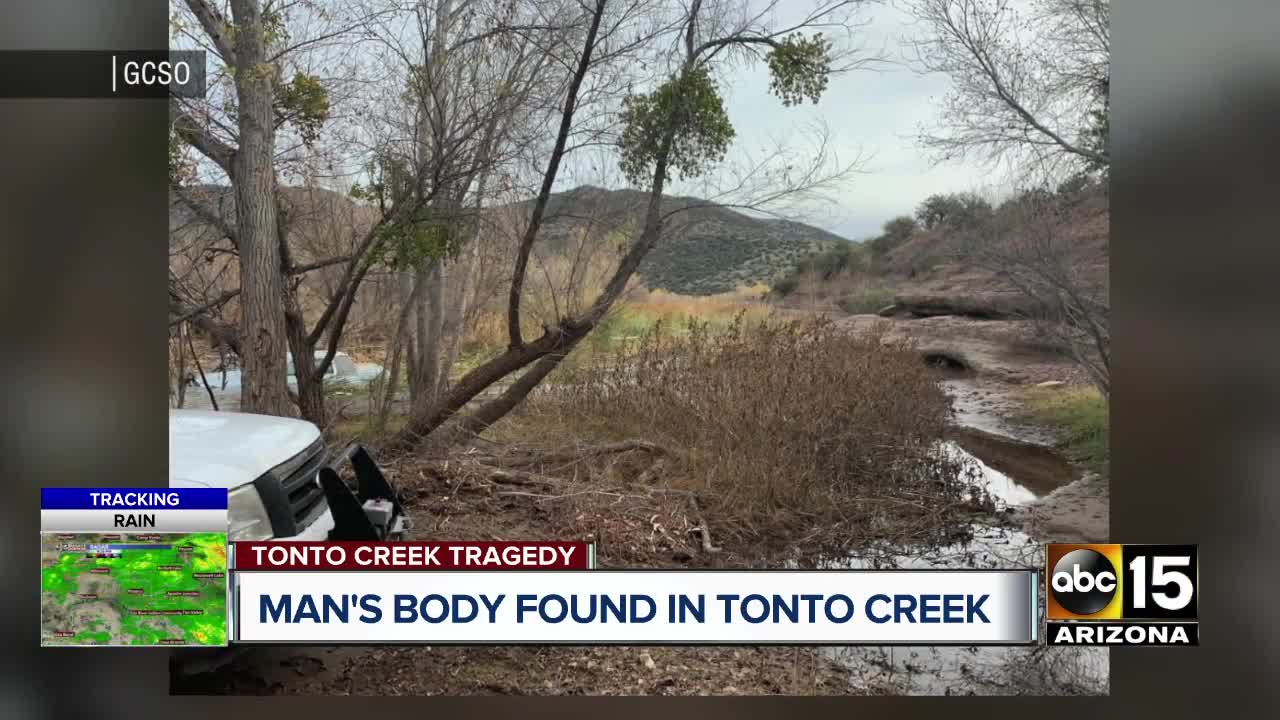 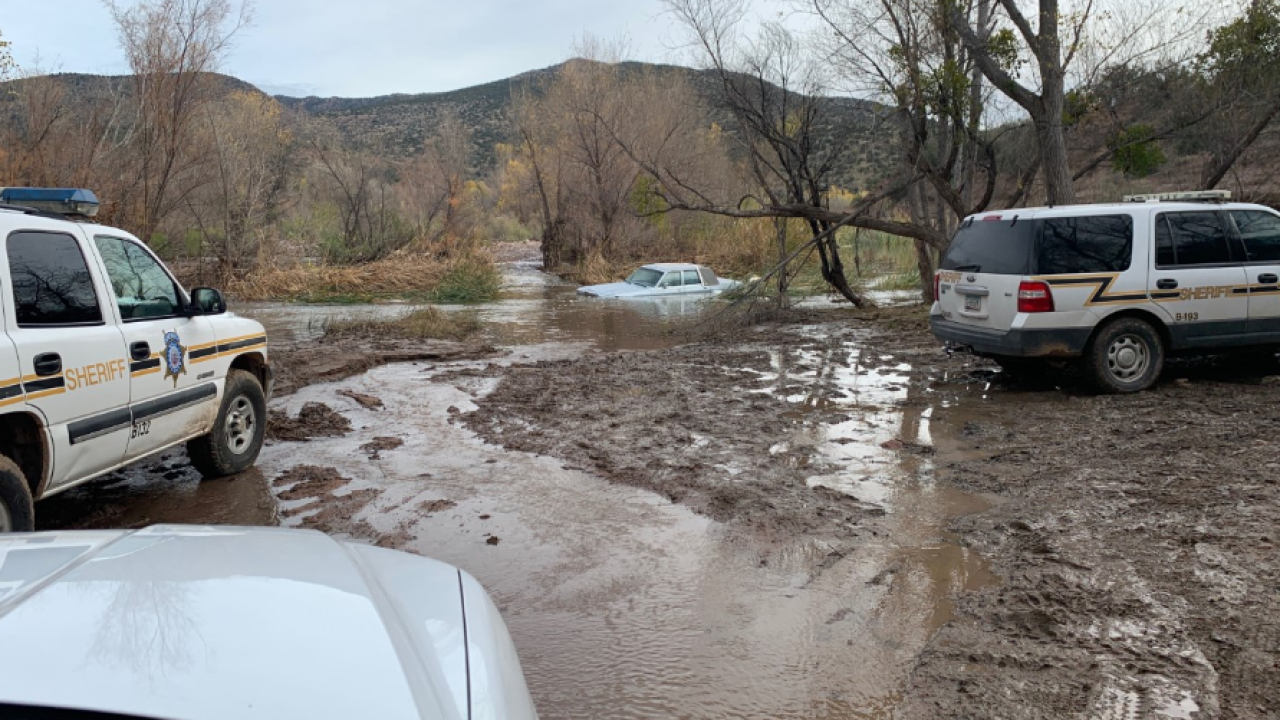 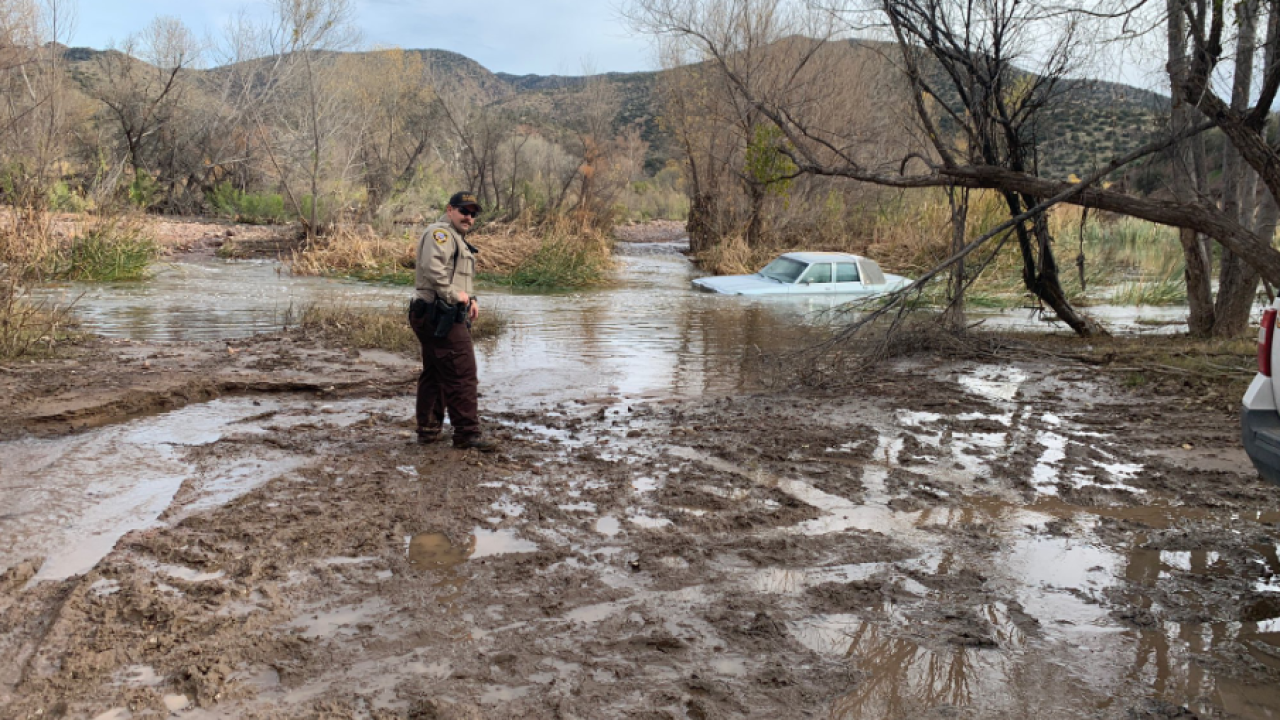 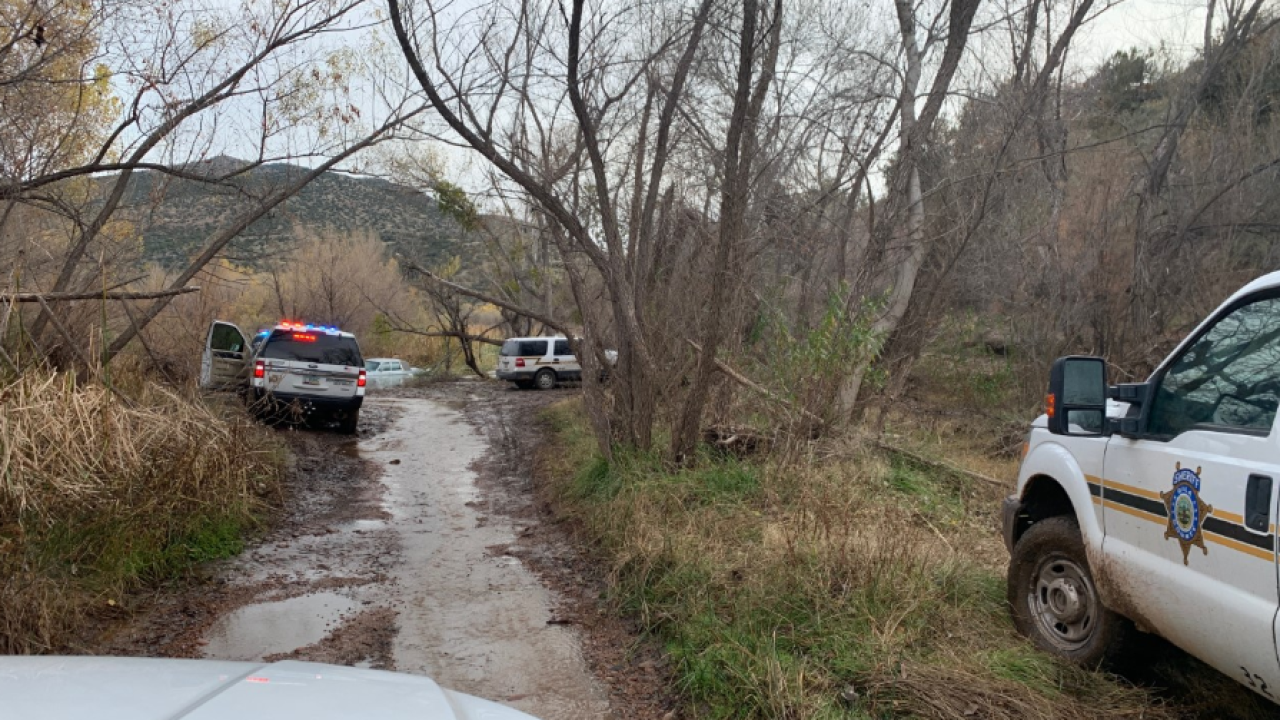 TONTO BASIN, Ariz. — The Gila County Sheriff's Office says an Arizona man has died after the car he was driving was swept away by rushing water in Tonto Creek Friday night.

Officials with the Sheriff's Office said a resident spotted 69-year-old Robert George Petitte's vehicle in the creek around 12:30 p.m. and called for help.

Deputies located Petitte's body approximately 200 yards downstream from his car, just 20 miles north of the Bar-X crossing where rescue crews are currently searching for 6-year-old Willa Rawlings who has been missing for more than a week.

"I want to stress to the public turn around don't drown, signs are posted for public safety," said Lt. Virgil Dodd.

The crossing has two permanent signs that say, "do not enter when flooded."

Petitte is the fourth person to die in the creek in the past eight days.

Rawlings was one of nine family members in a military-style truck thatbecame stuck Nov. 29 while trying to cross the creek. The bodies of her 5-year-old brother, Colby, and 5-year-old cousin, Austin, were found last week. Her parents and four other children were rescued.

The area along Tonto Creek from Punkin Center to Roosevelt Lake floods during major storms and seasonally when snowmelt flows into the reservoir.

Residents have been trying for years to build a bridge at one crossing, but have not been successful.