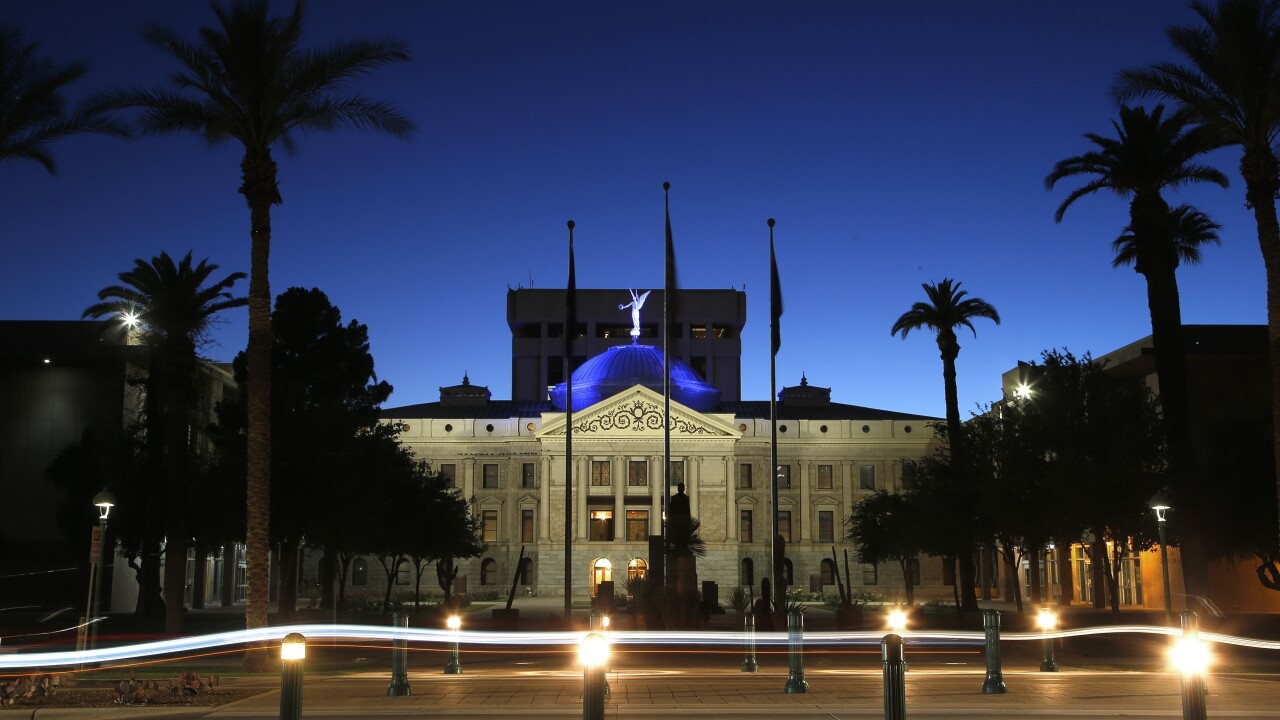 Ross D. Franklin/AP
The blur of car lights zip past the Arizona Capitol as the dome is illuminated in blue, along with other buildings and structures around the state as a symbol of support for Arizona's frontline medical workers and emergency responders battling the coronavirus Wednesday, April 15, 2020, in Phoenix. (AP Photo/Ross D. Franklin)

Arizona Representative Kelly Townsend is calling for a special session to “restore the balance of power” in the state amid the coronavirus pandemic.

Rep. Townsend made the announcement Tuesday morning, asking Governor Doug Ducey to call the House and Senate into a special session until the emergency declaration is canceled.

“While I appreciate the Governor’s attempt to address the COVID-19 crisis on a day to day basis, addressing the needs of the state while trying to preserve livelihoods and personal freedoms, his state of emergency declaration has removed all other sources of input, outside of his consultation with his own attorneys,” Townsend’s letter said in part. “This has disrupted our critical balance of power and has authorized him to govern this state as a monarch, rather than an executive of a three-branch government.”

Townsend continues: “As the crisis worsens, I believe that calling a special session of the Legislature where 90 other individuals who are the voice of the people of this State can offer input and guidance, is now beyond prudent. I realize that past Legislators gave him this authority to act alone in a crisis, however that language was passed shortly after 9/11 when fears of biological warfare were cresting. I believe the entire state now realizes that this is not a good idea, and that the people in each district want their voice to be heard and desire the representative government that they were promised.”

The move comes a day after Governor Ducey ordered bars, movie theaters, gyms and other specific businesses to shut down for another 30 days in an effort to reduce the spread of coronavirus.

Gov. Ducey also announced that in-person schooling would be pushed back.