Woman dead, 2 children hospitalized after apartment fire near 19th and Dunlap avenues
NewsGetting Back to School 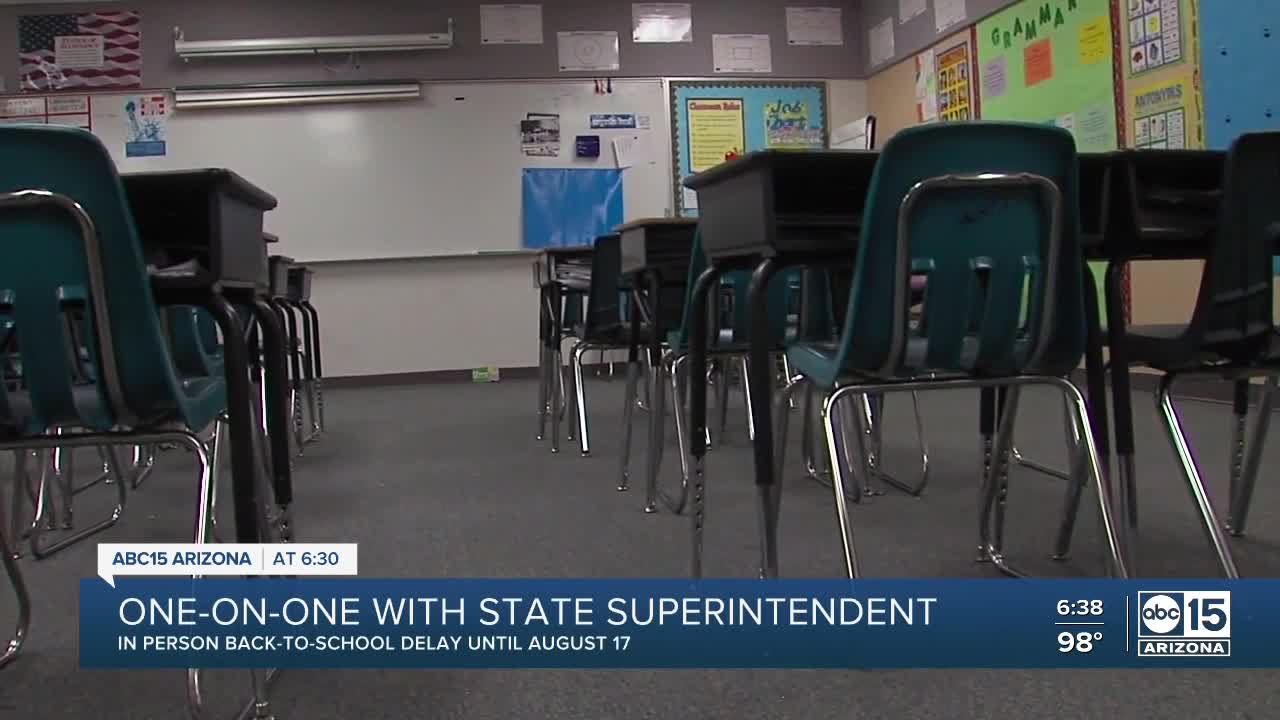 In person back-to-school will be delayed until August 17. 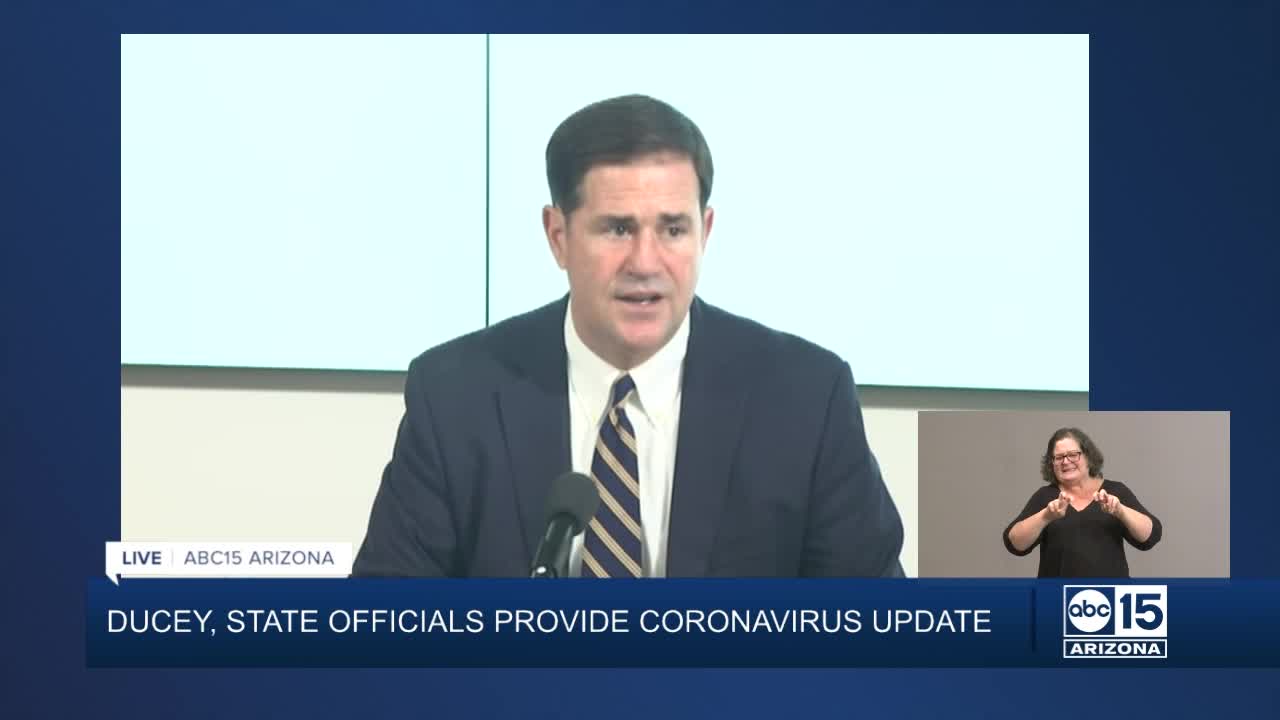 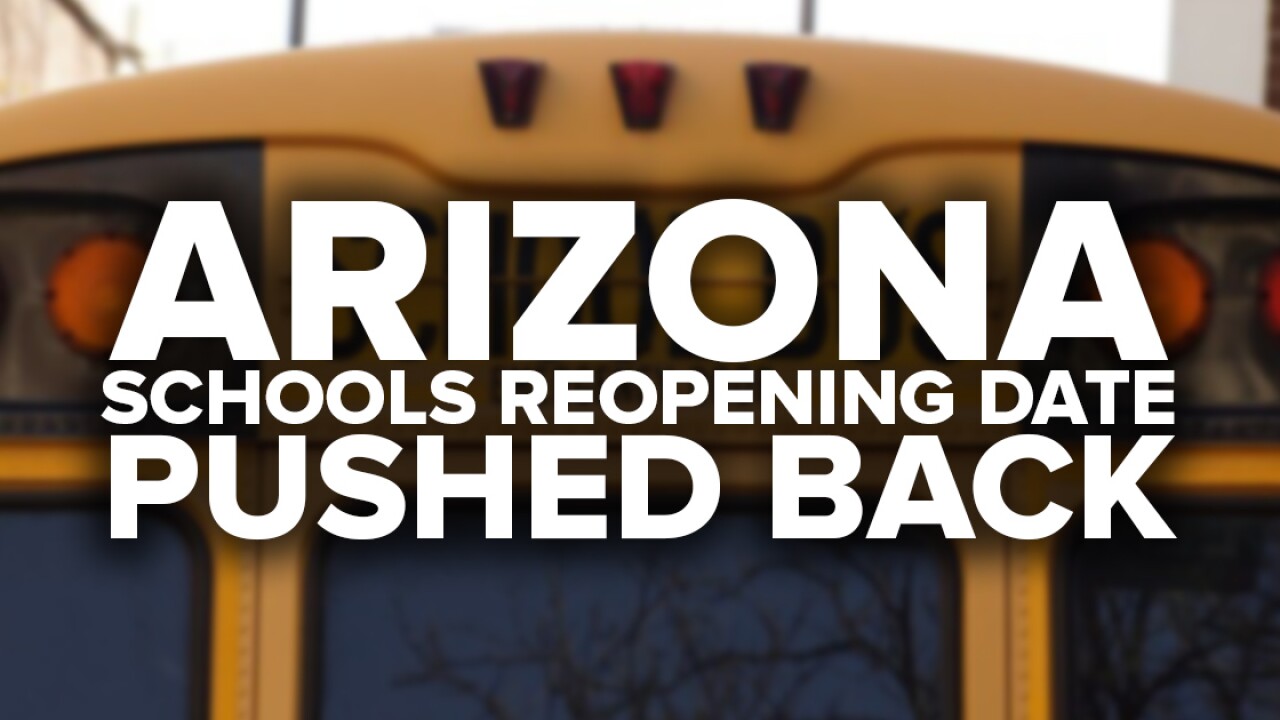 PHOENIX — With some Arizona school districts originally scheduled to start classes in less than a month, Governor Doug Ducey on Monday delayed in-person instruction until at least August 17.

Districts would be able to resume online learning before then.

FULL SECTION: GETTING BACK TO SCHOOL

A majority of the districts in Maricopa County were planning to return between August 3 and August 10. Some, like the Queen Creek, Higley, Kyrene, Riverside and Littleton Elementary School Districts were scheduled to go back between July 22 and July 30.

The governor's announcement comes one week after one of Arizona's largest districts, Chandler Unified, voted to push back its start date from July 22 to August 5, amid growing concerns over the rising number of coronavirus cases. A recent survey from the Chandler Education Association found more than half of the 524 teachers surveyed said they did not feel safe returning to work.

Also last week, the Agua Fria Union High School district in Goodyear voted to start the school year entirely online, at least until there is a consistent downward trend of COVID-19 cases.

Since the Arizona Department of Education released its "Roadmap for Reopening Schools" on June 1, districts across Arizona have been working to craft their own plans to safely get students and teachers back on campus by offering in-person and online instruction.

This week the Madison School District, Gilbert Public Schools, Pendergast, Littleton Elementary School District, and Peoria Unified were all scheduled to either discuss or vote on their reopening plans. No word yet how the governor's announcement will impact those plans.