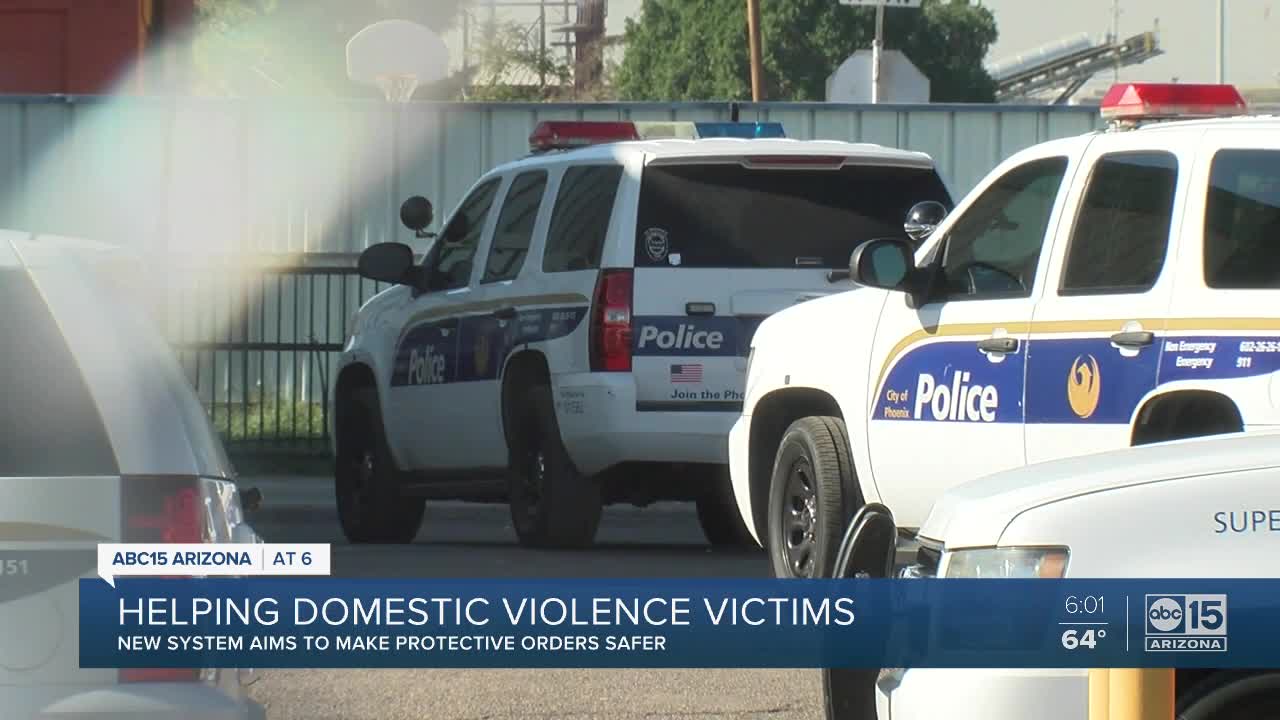 A new online system makes it easier to file an order of protection, aimed at helping domestic violence victims.

PHOENIX — A new system is now in place to help victims of domestic violence.

Every year in Arizona, nearly 100 people lose their lives in connection to domestic violence. That number not only includes those directly involved, but bystanders who try to help.

In a 2017 study, the CDC found nearly 40% of people in our state had been a victim of domestic violence. One in three women have been victims of physical violence by an intimate partner in their lifetime.

According to the Arizona Criminal Justice Commission, over 42,000 orders of protection are issued state-wide every year. They say only half of those are actually served to the victim's alleged abuser.

The online portal allows you to prepare the documentation for a protective order electronically.

You still have to go to the courthouse in person to see a judge, but it's up to law enforcement to find the suspect and serve them the order.

The old system required the victim to hold on to the order for however long they wanted. It was up to them to track down the suspect, call the non-emergency line and meet an officer nearby, authorized to serve it.

Once the order is served, the new system also requires law enforcement to enter it into the system within 72 hours. LeFevre says on average it was taking departments 23 days.

While the process takes the burden off the victims’ hands, Rosalie Hernandez, a program manager for Faith House Women's Crisis Shelter through the organization A New Leaf, says it's important now more than ever that they have a plan in place.

"They need to have a safety plan," Hernandez said. "They need to know that it's going to law enforcement. Are they ready? They need to know if they decide to reconcile or go back to their relationship they have to physically come in and dismiss the order because that person may not be served and he/she may return to the relationship and the cop could be knocking on their door to serve an order."