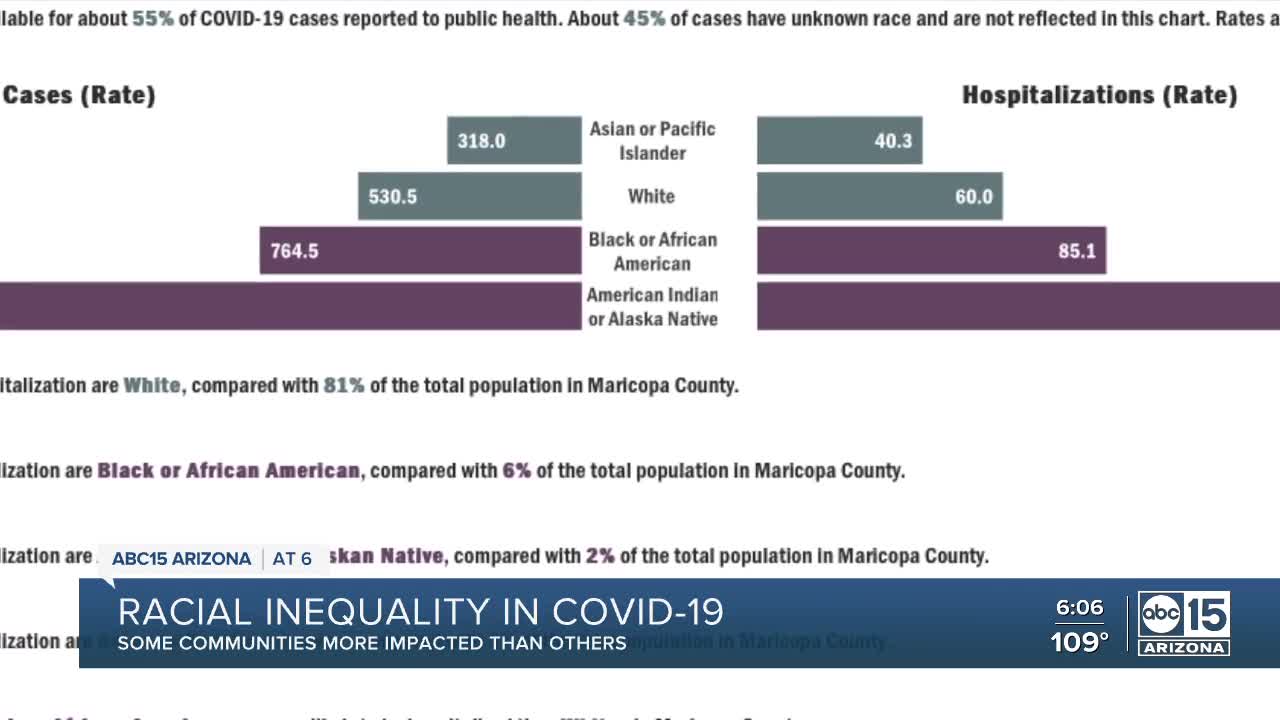 Native Americans and African Americans are more likely to be hospitalized than whites in Arizona’s largest county.

Data from Maricopa County breaks down cases and hospitalizations by race and ethnicity in Arizona. However, according to the county’s data on race, about 45 percent of cases are unknown.

For Dr. Pedro Rodriquez with Arizona Latin-American Medical Association he worries that minority communities are under-reported.

Doctors with Arizona Latin-American Medical Association are providing services and information in both English and Spanish.

Dr. Rodriquez said access to healthcare is a main reason for the disparity in and numbers and for some Latinos, the fear of immigration status.

Arizona’s data on race and ethnicity also has incomplete data with 51 percent unknown.

Dr. Rodriquez fears the missing data will likely represent minority communities, “we strongly suspect the disparity of poor outcomes and negative impact of COVID-19 to the Hispanic population, and African American population is that of access to healthcare in general.”