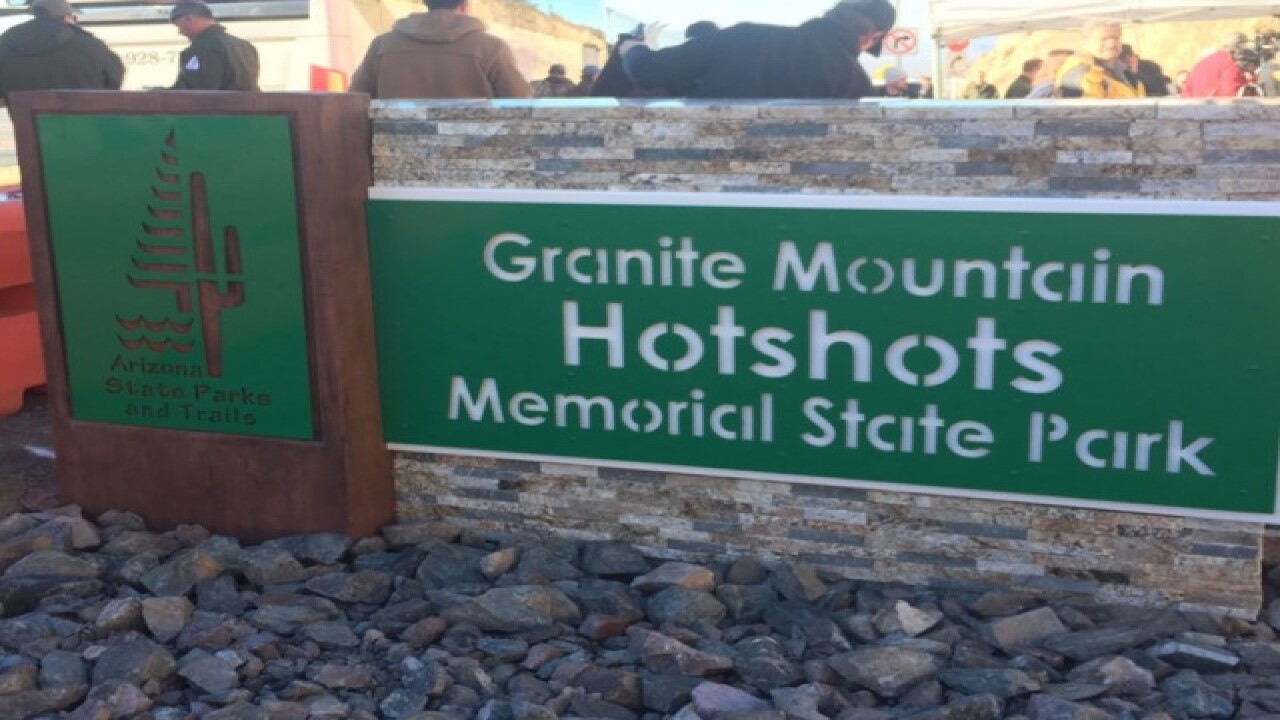 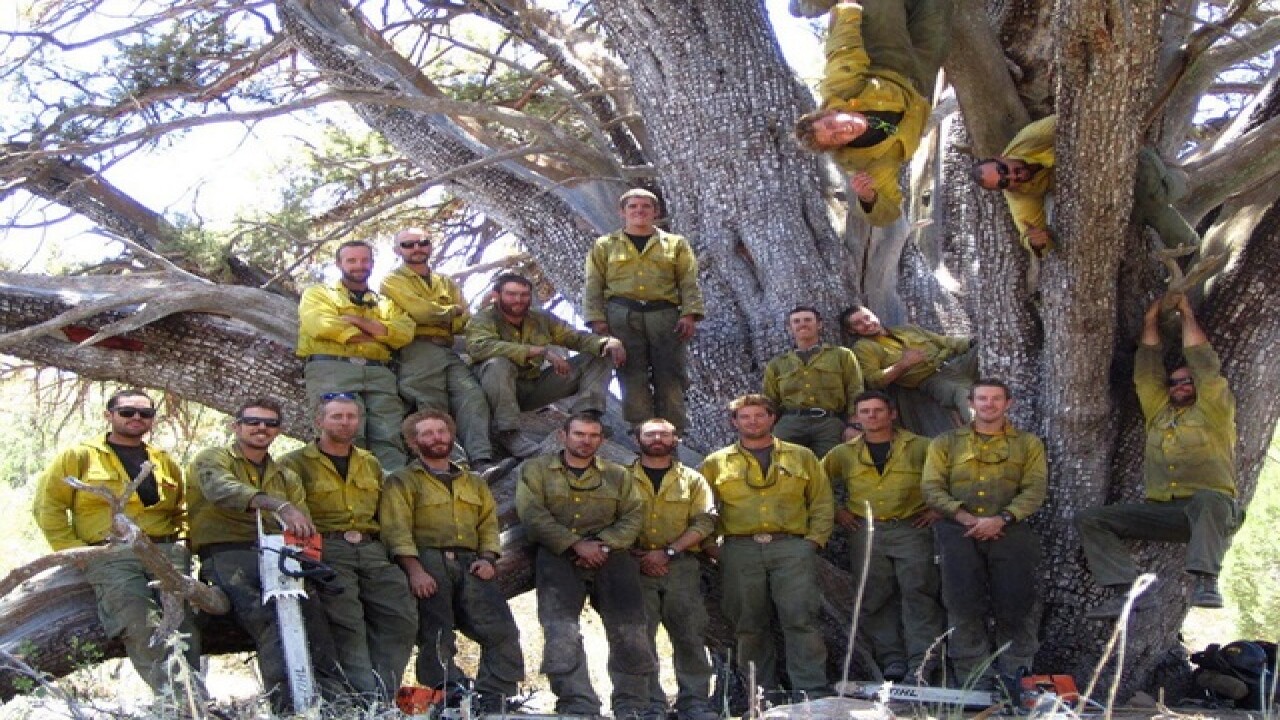 Arizona Gov. Doug Ducey says he met with families of some of the 19 fallen firefighters at the site of a memorial where they died in a 2013 wildfire.

Ducey says the site and a nearly 3-mile trail leading to it being dedicated Tuesday is a fitting tribute.
"This is an incredible trail. It's one that was built for someone who loves firefighters. It's strenuous. It will take a commitment to hike the entire trail, but I think it's something that is an incredible honor to these men,” said Arizona Gov. Doug Ducey.
The governor and family members are gathering at the trailhead for a ceremony dedicating the trail and 320-acre memorial site.
"Andrew would be rolling his eyes, at the same time smiling,” said Deborah Pfingston, mother of fallen Granite Mountain Hotshot Andrew Ashcraft.
Along the trail, visitors will find plaques get to know the names, the faces and stories of each of the 19 who lost their lives to the wildfire.
“The most powerful part of it was when they installed the plaques all on the trail, the 19 tracks. We saw it last weekend, and that was the first time where everything really came together about what this park means,” said Mark Loseth, the project manager for the trail’s construction.

"It's just kind of unbelievable still. It's sad, but it's neat that they're remembering them this way. It's pretty awesome,” said Janae Harezma, whose nephew, Wade Parker, also died in the Yarnell Hill Fire.

The seven-mile round trip hike to the memorial site isn’t easy — a nod to the physical condition the hotshots had to be in for the dangers they faced.

The memorial park near the town of Yarnell opens to the public on Wednesday.

The new Hotshots Trailhead sign serves as a reminder of the heroic firefighters who protect #AZ ’s communities. Thank you for your service. pic.twitter.com/oOe1YMbbOQ

The elite firefighting team was battling one of the state's most devastating wildfires. Winds shifted and trapped them in a brush-choked box canyon.

The 19 hotshots who died in the #YarnellHillFire exemplified the very meaning of service and honor. This state park is for them. pic.twitter.com/ViPqYjolZ8

The flames also destroyed 127 homes in the Yarnell area.

Gov. Ducey: We didn't know a lightning bolt would ignite the deadliest wildfire in state history, but we knew who'd answer that call. #abc15 pic.twitter.com/XSrhNLrHkm

"None of us could've imagined that a bolt of lightning would ignite the deadliest wildfire in state history, but we all knew who would respond if it ever happened,” Gov. Ducey said.