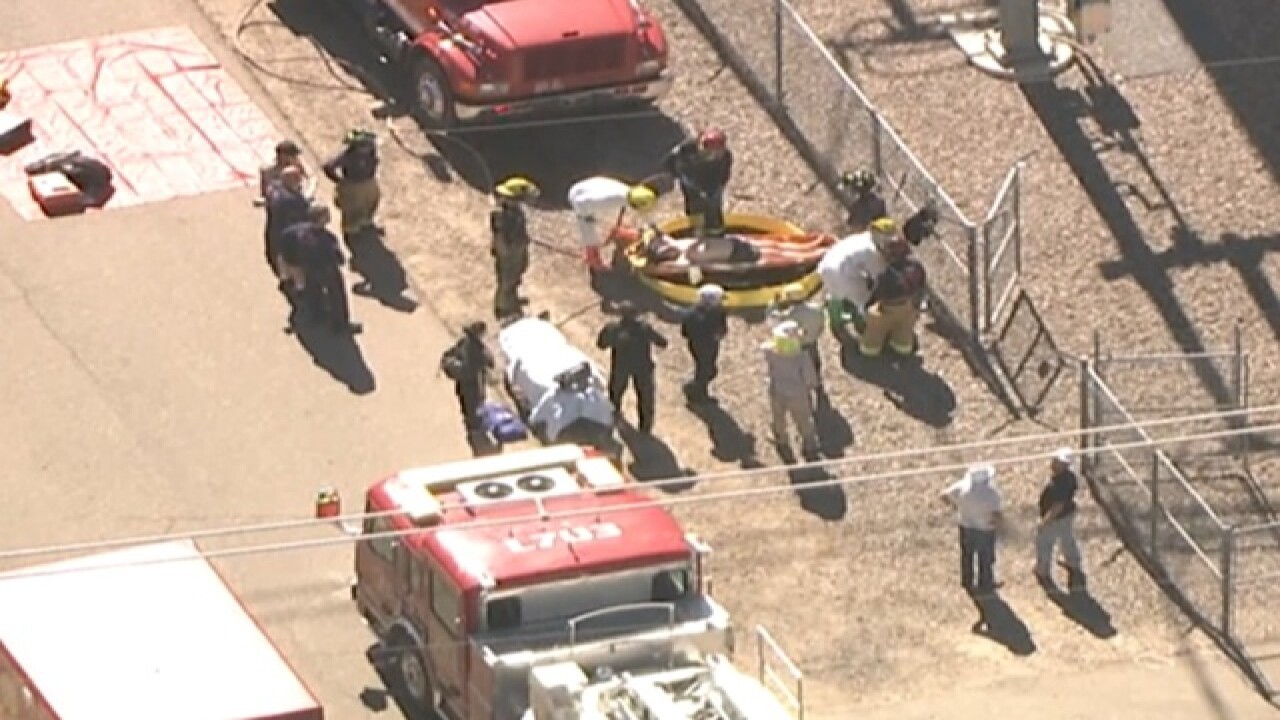 MCSO says the man became lodged halfway in the pipe but was alert and uninjured.

The pipe is part of a transformer, which was shut off after the worker became trapped. The Buckeye Fire Department said the worker was inspecting a damaged transformer in need of repair.

Firefighters said the worker was trapped in a difficult-to-reach area in between a support bar and where overhead pipes had fallen. A technical rescue crew secured the loose pipes and other equipment before he could be lifted out.

Responders had to use an interpreter because the worker is from Japan, officials said.

Air15 video showed emergency crews tending to the worker after he was pulled from the pipe. The worker needed to have mineral oil from inside the pipe removed before he could be taken to the hospital.

He was airlifted with non-life threatening injuries, Buckeye firefighters said.