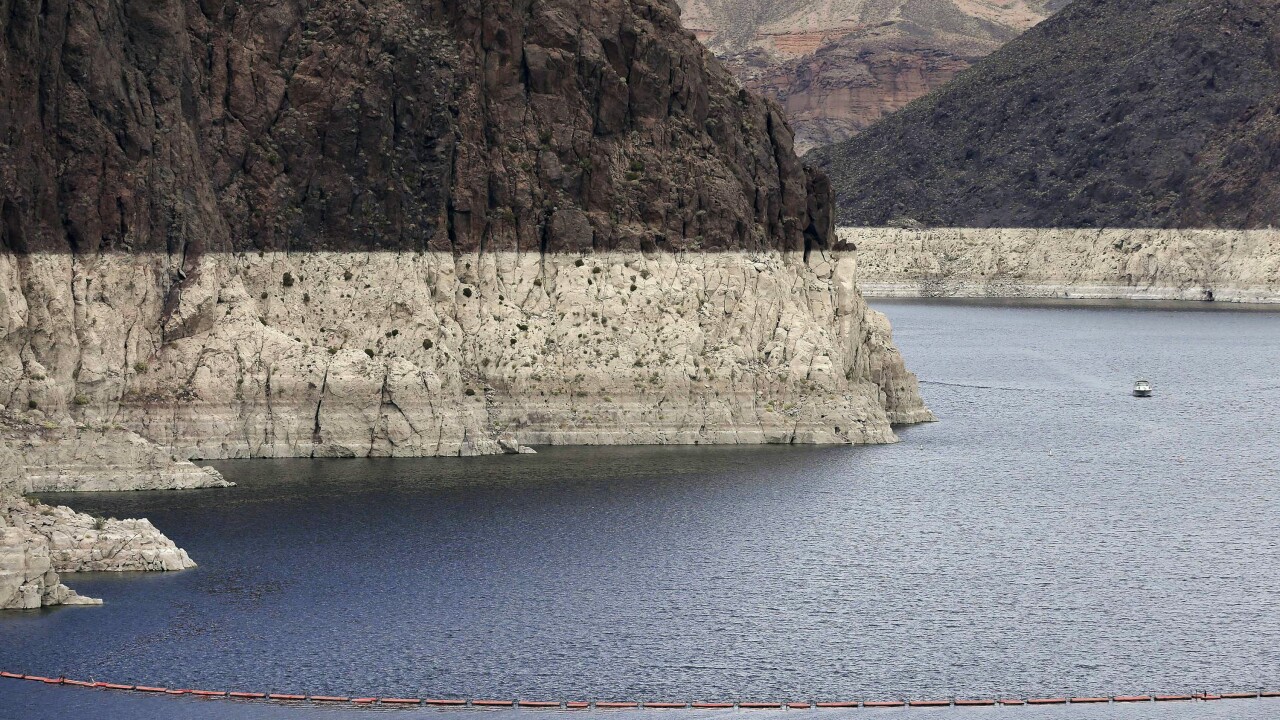 Julie Jacobson/AP
In this April 16, 2013, file photo, a "bathtub ring" shows the high water mark on Lake Mead near Boulder City, Nev. Tension among U.S. states that rely on the Colorado River escalated into a public feud when an Arizona water provider was accused of manipulating the level of Lake Mead amid a prolonged drought, threatening supplies for 40 million people in two countries. (AP Photo/Julie Jacobson, File)

FLAGSTAFF, AZ — Two members of Arizona's congressional delegation introduced legislation Tuesday on a plan to address a shrinking supply of water from a river that serves 40 million people in the U.S. West.

State water managers and federal officials have cited a prolonged drought, climate change and increasing demand for the river's flows as reasons to implement a plan that would run through 2026 when current guidelines expire.

In the lower basin, the states would keep water in Lake Mead on the Arizona-Nevada border when it falls to certain levels. The cuts eventually would loop in California.

The states want congressional approval by April 22 so that Mexico also will contribute water starting next year.

The bills introduced Tuesday reflect language proposed by the states but also a section that says the implementation of the drought plan won't be exempt from federal environmental laws.

The Imperial Irrigation District in California, which holds the largest entitlement to Colorado River water, and environmental groups had raised concern about draft language they took to mean federal laws like the National Environmental Policy Act and the Endangered Species Act would be disregarded.

Kim Delfino, California program director for Defenders of Wildlife, said Tuesday that the language eases their concerns, as long as reports accompanying the bills don't undermine it.