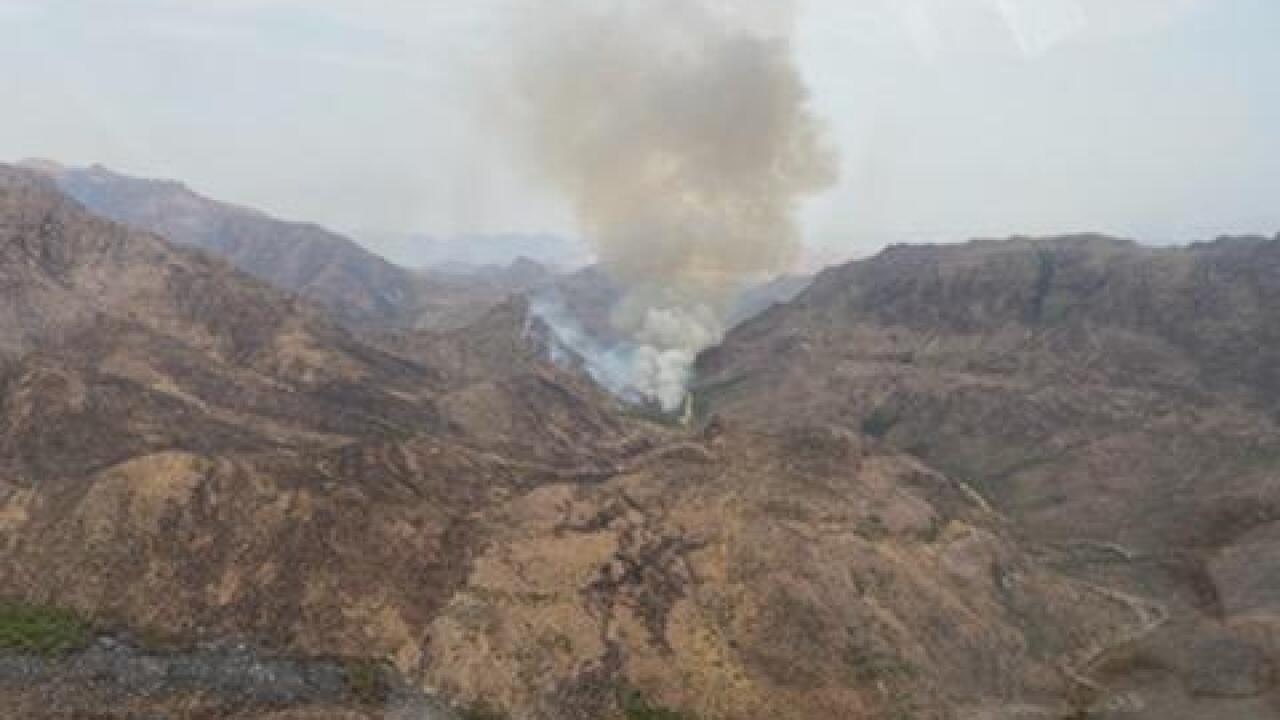 PHOENIX — Lost Dutchman State Park is temporarily closed because of the wildfire burning within the Superstition Mountains, east of Phoenix near Apache Junction and Gold Canyon. Some trails within Tonto National Forest have also been closed.

"Please avoid these closure areas, and the fire area. Firefighters are working to secure containment lines as quickly and safely as possible," a spokesperson for Tonto National Forest said in a news release.

The "Superstition Fire" started on Aug. 20 and is believed to have been caused by lightning, according to officials. The fire is currently estimated to be 4,430 acres in size and it 0% contained. It is not threatening any communities and no evacuations have been issued, officials said, but people in the area may see smoke or flames visible.

"Last night, the fire had spread to the northwest due to outflow winds from passing thunderstorms. This resulted in the fire backing downslope into flatter terrain. With the fire being in this new terrain, firefighters will now have better anchor points to engage the fire directly. This will also give firefighters better options for safety zones, and escape routes," a spokesperson said.

All trails in Tonto National Forest at Lost Dutchman SP are closed. Stay clear of this area as fire crews assess and monitor fire activity. Air quality continues to be very poor with heavy smoke and ash. https://t.co/St0OXiGUIK pic.twitter.com/5MYaRNPIiL