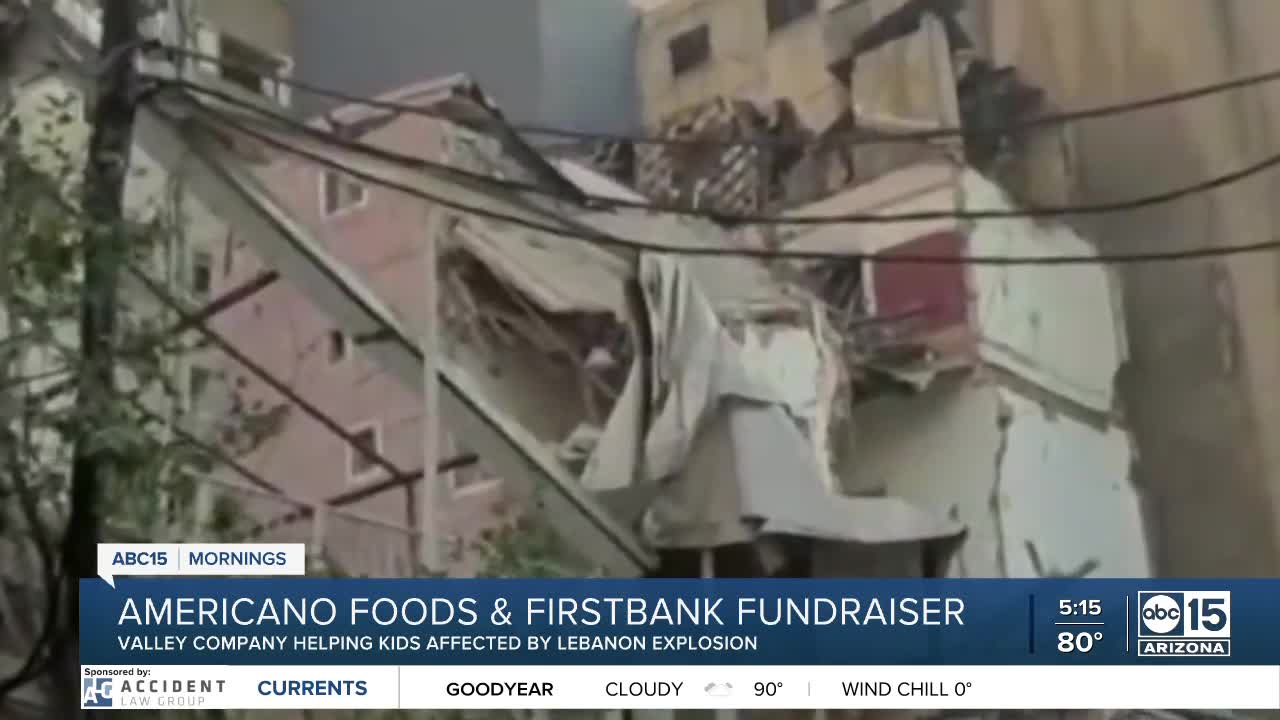 Jeff Malkoon and his sister, Denise, founded Americano Foods and are third-generation Lebanese Americans. Malkoon said the pair has relatives and close friends living in Lebanon and both were in disbelief upon learning of the situation at the Port of Beirut -- thousands injured and at least 200 killed after large amounts of an explosive substance ignited.

“Our first thought was to make sure everybody was safe and our next thought was, ‘What can we do to help?'” Malkoon told ABC15.

The pair learned of a relief effort by the Children’s Cancer Center of Lebanon to provide cancer treatments for six months, at no cost, to children from Beirut-area hospitals who were displaced by the disaster. The hospital made the decision to provide the emergency support despite its own facilities being damaged, Malkoon said. Hospital officials estimate it will require millions of dollars to provide emergency relief.

“We thought this was such a beautiful thing and we wanted to support them and help keep them on their feet,” Malkoon said.

Throughout the month of September, 100% of proceeds through the company’s website will go to support the cancer center in its efforts. FirstBank is also matching dollar-for-dollar all money raised through the campaign.

Joel Johnson, the bank’s Arizona market president, said in a prepared statement the bank “is honored to work with Americano Foods, a local company taking initiative to support a community trying to recover from a disaster.”

Malkoon estimates it will take years to rebuild areas of Beirut that were impacted by the explosion, estimated to have displaced around 300,000 people. He hopes the company’s efforts through this campaign will let the hospital — and families they are helping — realize they are not alone.

“We’re excited to make sure that they know we’re thinking of them and that our hearts are with them and to send some love from the community here in Arizona.”