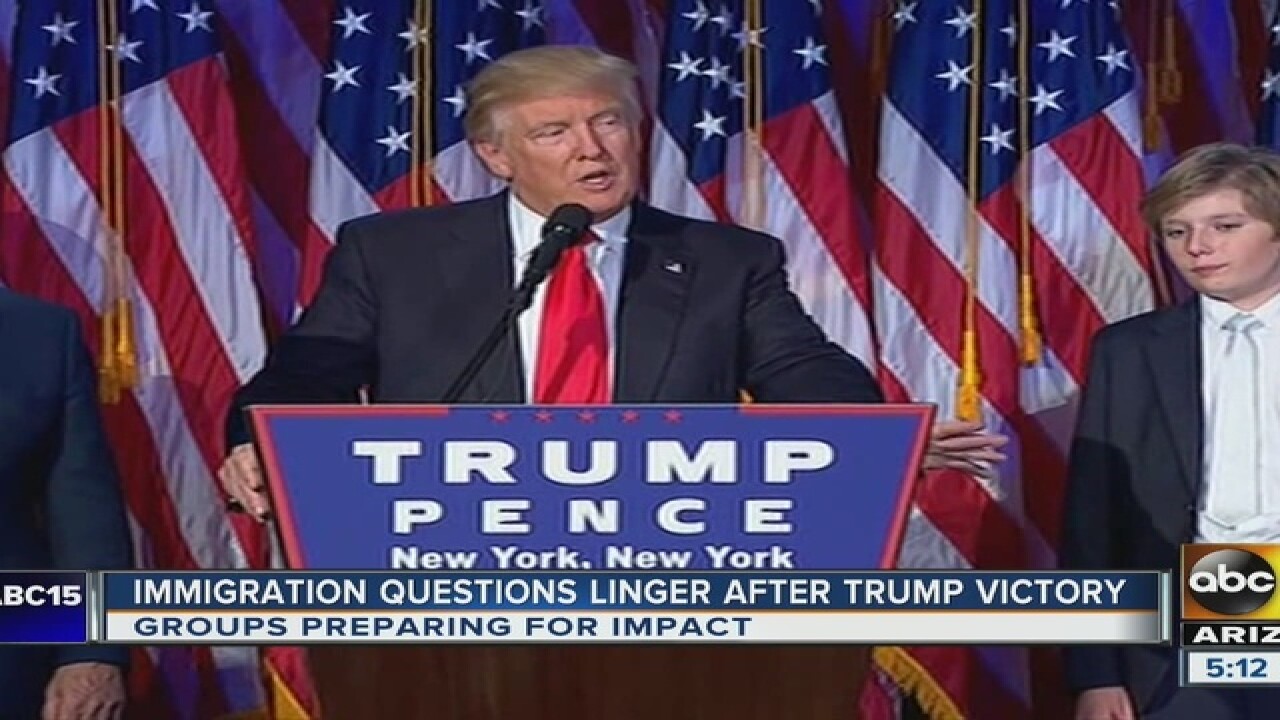 For months, Latino groups in the Valley have been speaking out against Donald Trump’s immigration policies.

Now, just two days after the election, those same groups are trying to figure out what they can do to help illegal immigrants now threatened by Trump’s proposed plan.

They’re especially worried after Trump has said he'd like to end federal programs like DACA, which grants temporary legal status to children of illegal immigrants.

Groups and immigration lawyers tell us they’ve fielded a number of calls since the election about the legal status of those children and their family if the program ends.

It turns out that the battle is both professional and personal.

After speaking with those tied to One Arizona, a coalition of advocacy groups, ABC15 has learned that a number of organizers and leaders are DACA children. They have temporary legal status and can work professionally for the groups for the time being. But if DACA is rescinded, their jobs and legal status are up in the air.

"It's difficult. It’s not easy to deal with, because this is probably one of the hardest things we've had to deal with because there's a lot of fear. We saw some of this fear back with SB1070 in 2010 in the immigrant community and in the Latino community but this is different this is bigger,” said Ricardo Zamudio, a DACA recipient and an organizer with Neighborhood Ministries.

One Arizona met Thursday to discuss future plans for those that may be affected by widespread immigration reform. However, they admit they can only wait right now until they see if Trump will keep his promises.