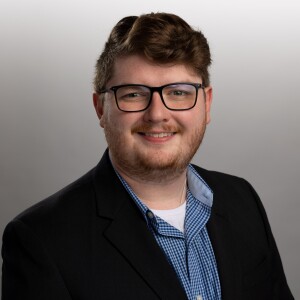 Grant Woods, former Attorney General for Arizona, died unexpectedly Saturday at the age of 67, according to his wife, Marlene Galan Woods.

Grant Woods, former Attorney General for Arizona, died unexpectedly Saturday at the age of 67, according to his wife, Marlene Galan Woods.

“Grant was the love of my life. My best friend. My heart is broken. I just cannot believe he is gone," Marlene said, in a statement. "I can’t believe our time together is over. He was the best husband, the best father anyone could have wished for.”

“I am so proud of the man he was, public servant, advocate for the everyday person, lover of music and stories and sports. He made me a better person. I can’t even fathom our lives without him. But we are strong, and a close family and we will work hard to honor his life,” Marlene said.

From 1991 to 1999, Woods served as Arizona's Attorney General and had previously served as the late Senator John McCain's Chief of Staff. Woods delivered a moving eulogy at Sen. McCain's funeral services.

In addition to his work in politics, Woods was an accomplished attorney, being one of the principal architects of the states' lawsuit against tobacco companies.

Woods was a father of five children and had a large extended family.

Sources tell ABC15 Woods was taken to the hospital Friday night after suffering a heart attack.

Funeral arrangements have not yet been announced.

In 2019, Grant Woods sat down with ABC15 and discussed some of his major political moments, including his connection to watergate.

In his eulogy to the late Sen. McCain, Woods said, "[McCain] served his country with honor. He fought the good fight. He finished the race. He kept the faith." Many across Arizona shared similar sentiments to honor Woods.

Cindy McCain, who was close friends with Woods, shared the following sentiment:

Grant Woods was one of my best friends. My only comfort is knowing is is laughing and joking with John now and watching over all of us. We will miss you so much Grant. God Bless! https://t.co/TnK1yofN5Z

“My deepest sympathies go out to the family and loved ones of Grant Woods. He was well-known in the Arizona community for decades, including serving as Attorney General and a chief of staff to John McCain before moving on to private practice. Arizona honors his life and years of public service. Our thoughts and prayers are with his wife Marlene and five children.”

I’m totally shocked to learn that my friend @GrantWoods passed away earlier today. Grant stood with me through many battles. We didn’t agree on everything, but he always fought for, defended and cheered for me. An honorable public servant who I will deeply miss. RIP Grant. 💔

Grant Woods loved Arizona, public service, and his family. He served Arizona in so many ways, leaving his mark on the state and on generations of leaders.

Grant Woods was an incredible Arizonan with a long record of public service to our state - and a friend whose support meant so much to me. His leadership helped deliver lasting results for Arizona over many years. I will miss him and my heart is with Marlene and their children.

I’m shocked and saddened to learn that Grant Woods passed away earlier today. My thoughts are with his loved ones. pic.twitter.com/tlm7kUuIlQ

Phoenix, and the entire state of Arizona, lost a great man today. Grant was an honorable, principled leader who kept his values at the forefront, and worked relentlessly on behalf of the people of Arizona. Our state is better because of him. pic.twitter.com/SGaEU5DHpF

Heartbreaking to learn of the passing of Grant Woods. I can’t imagine how difficult this time is for his entire family. Grant will never be forgotten. He was never one to back down or afraid to let you know what he was thinking.

Arizona lost a giant today, and for me and many others, a dear friend who blessed us with his kindness, grace and humor. Grant was a tremendous leader, truth teller, husband and father. (1/2)

"My heart breaks hearing this news, Grant Woods was a man with great conviction, conscience and integrity. Grant stood out and stood up for what was right. Arizona is better because of him. I send my respect and heart to the Woods family."