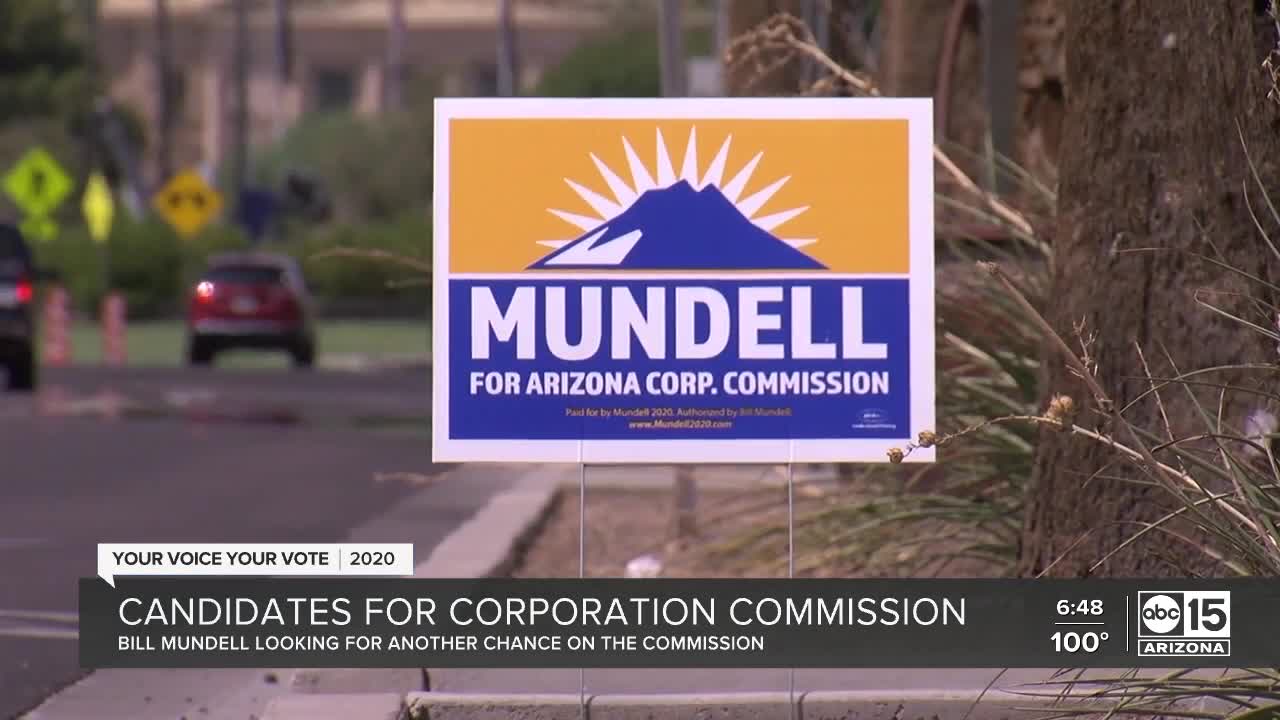 Bill Mundell looking for another chance at the commission. PHOENIX — A lot has changed since William "Bill" Mundell left the Arizona Corporation Commission in 2009. "Utilities did not get involved in commission races. They thought it was inappropriate, unseemly," he said.

But one thing has stayed the same: the Renewable Energy Standards that he co-authored in 2006. It was considered innovative at the time, and Mundell says he's running because it's time for an update.

"I really want to get back there to protect families from non-stop unjustified rate increases, make Arizona the solar capital of the world, and stop the dark money that has corrupted the commission in recent years in our democracy in general," he told ABC15.

Appointed by Governor Jane Hull in 1999, Mundell served two terms on the Commission as a Republican. He changed parties, and in 2016 ran as a Democrat.

"I actually voted no on an APS rate increase when I was a commissioner," Mundell said. "It can be done if you have commissioners that are doing their homework, and not just rubber stamping."

In 2016 the solar industry created its own committee and spent $2 million in advertising to urge voters to elect Mundell. It's something Mundell says was "without my knowledge and by a committee over which I had no control."

But he says commissioners have a duty to toughen up the rules that they do control. "The code of ethics, that was recently drafted, you could drive a Mack truck through it," he said.

Mundell is running as a Clean Elections candidate, which means he gets $174,024 in public financing and cannot accept donations from anyone.

But he says this is a race that every needs to be paying attention to.

He said if you have turned on a light, flushed a toilet, cooked, or bought gasoline, "then a decision by the Arizona Corporation Commission has impacted your pocketbook and your life."