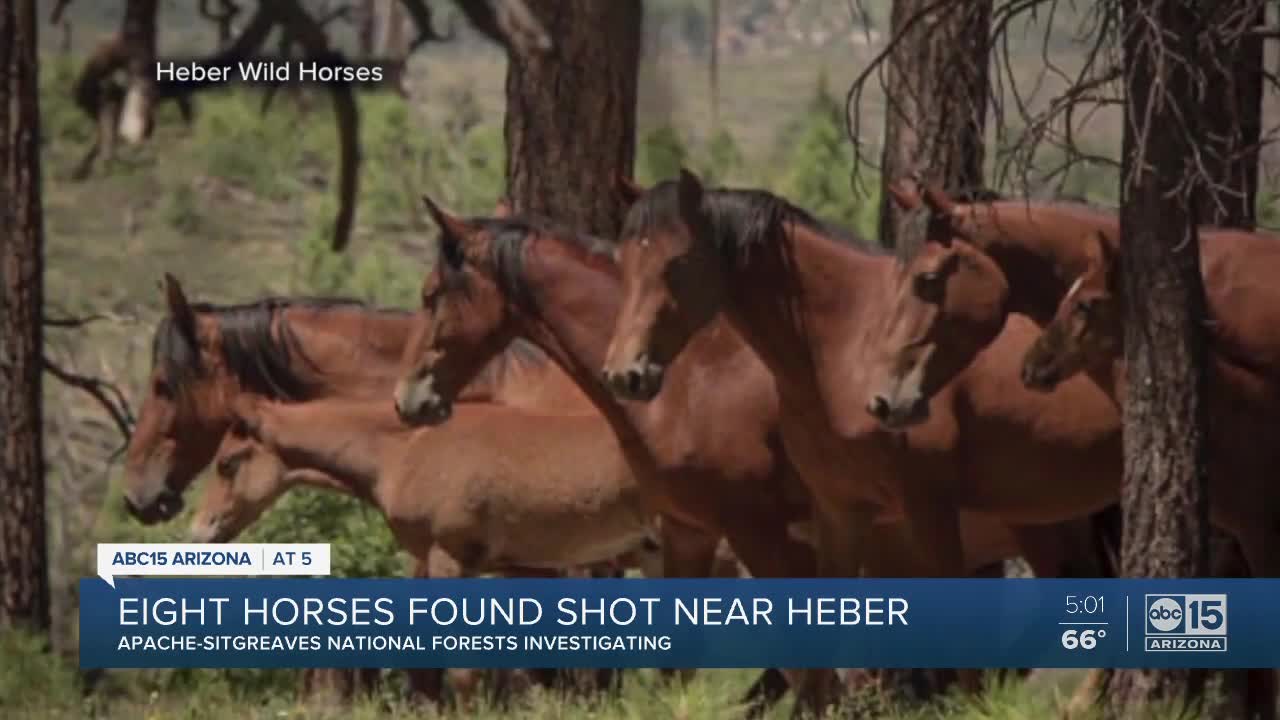 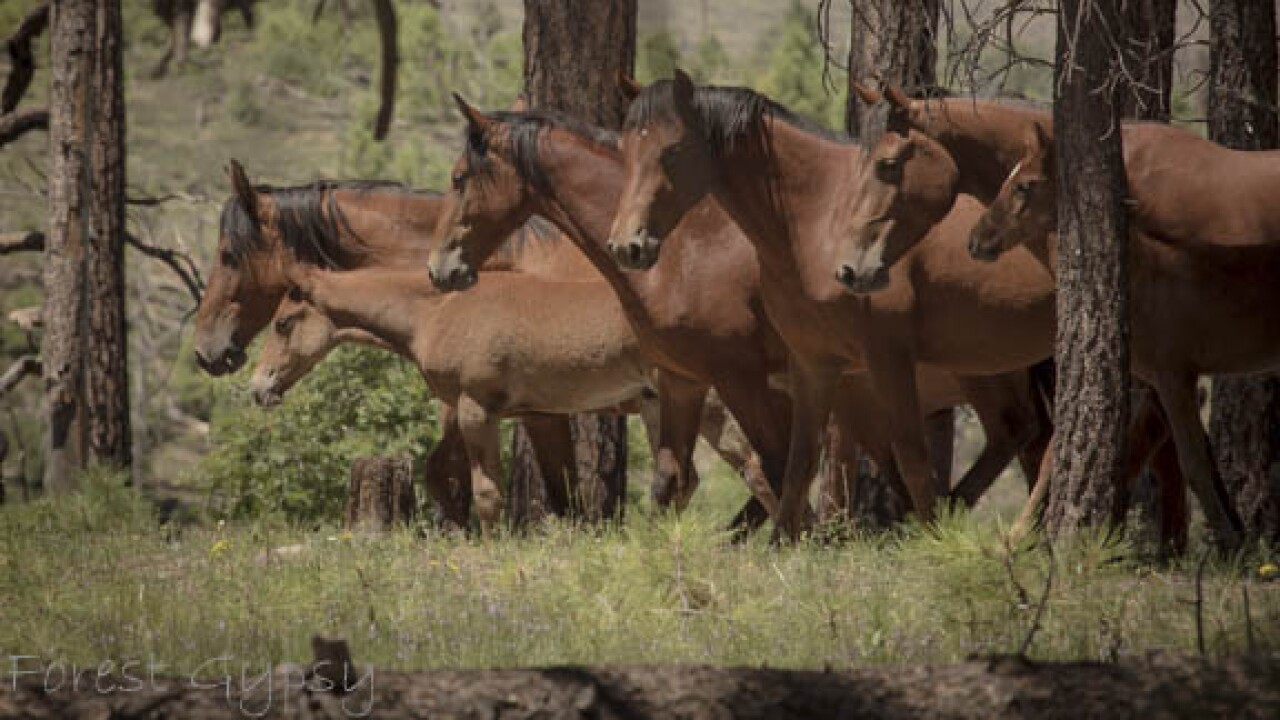 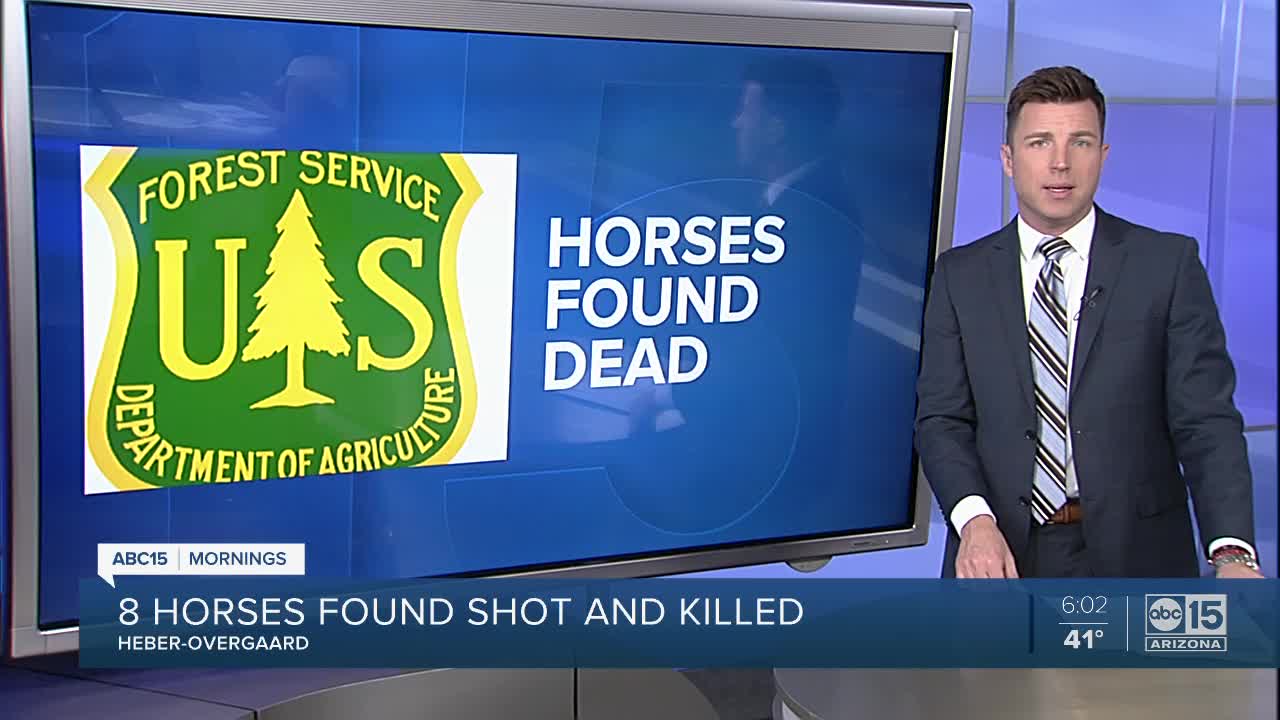 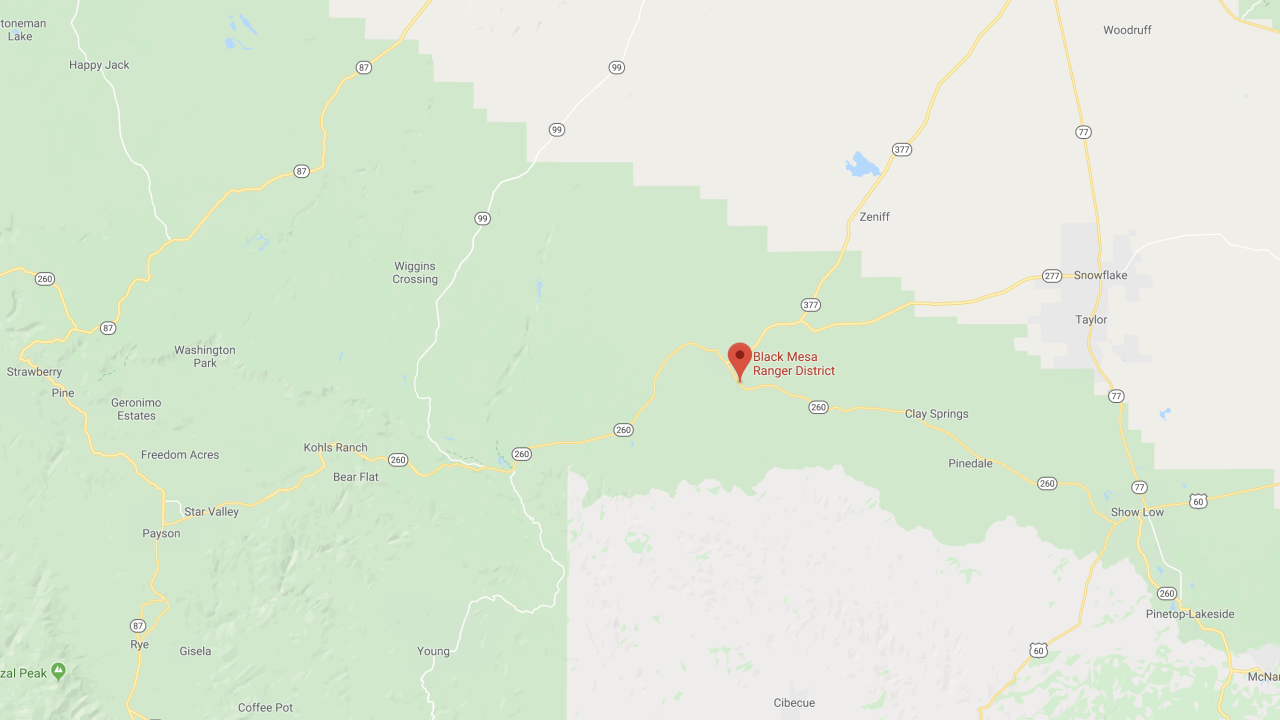 HEBER-OVERGAARD, AZ — Eight horses were reportedly found shot and killed Thursday, January 9 in the Heber-Overgaard area, according to the Apache-Sitgreaves National Forest.

Authorities say the horses were found by a hiker on the Black Mesa Ranger District, who then notified Apache-Sitgreaves National Forests Law Enforcement investigators.

The Black Mesa Ranger District is located along State Route 260 between Payson and Show Low.

Forest law enforcement, along with the Navajo County Sheriff’s Office are investigating the shootings.

The Forest Service is asking the public to avoid the area during the investigation.

Officials originally reported that an additional six horses were found deceased in the area Sunday. The count has since been updated to seven horses found dead.

On Wednesday, officials said that necropsies confirmed 12 horses were shot and killed in Heber-Overgaard area, according to officials.

If the public encounters an injured or deceased horse, please contact the Black Mesa Ranger District at 928- 535-7300 to report it immediately.