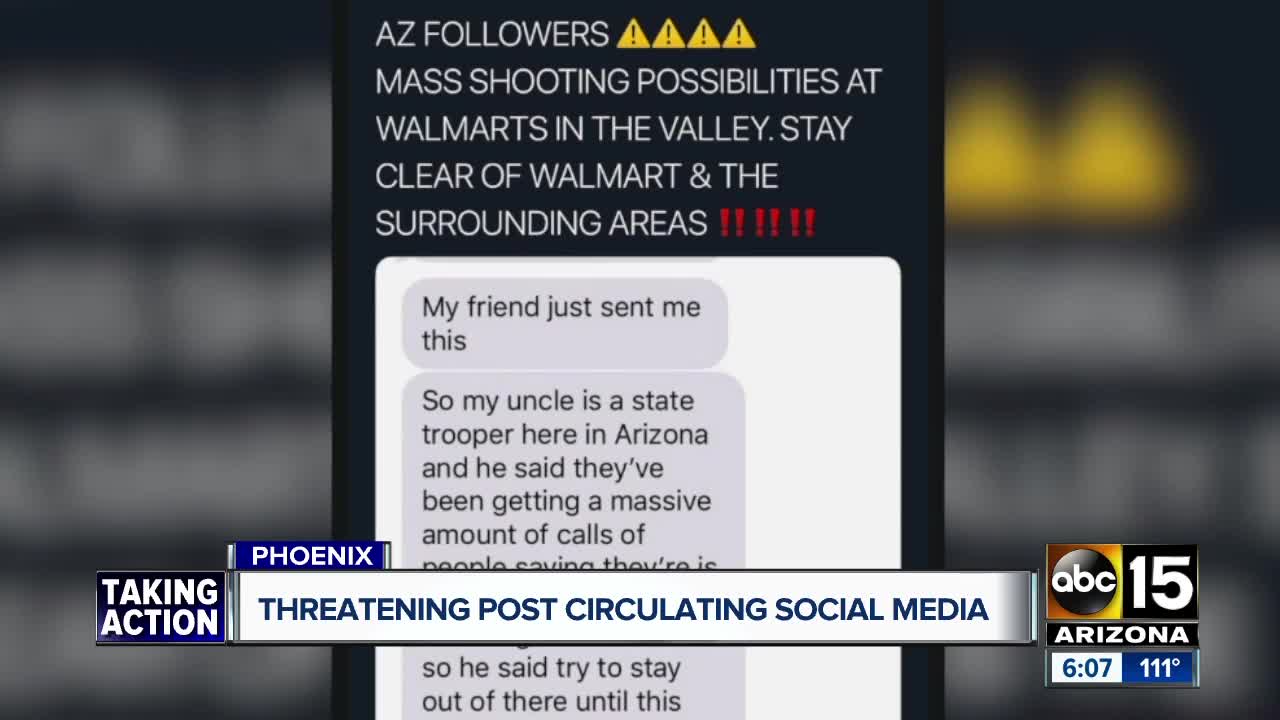 PHOENIX — Online posts about potential mass shootings have been circulating on social media. Numerous viewers have reached out to ABC15 asking if they're legitimate.

One post in particular, claims a state trooper in Arizona has been getting a massive amount of calls that there is going to be mass shootings at Walmart stores throughout the Valley.

According to DPS, there have been numerous similar posts circulating across the country. They say the Arizona Counter Terrorism Information Center hasn't received any credible threats to Arizona Walmart stores.

Here is the statement ABC15 received from DPS:

"There have been numerous posts on social media across the country indicating law enforcement in their area are receiving tips regarding mass shooting at Walmarts or other public locations. This may be an attempt by cybercriminals to leverage the panic caused by the recent mass shootings and maintain a heightened level of fear. It could also be a scam to hack people's accounts if someone were to respond to the post."

ABC15 asked Dr. Richard Bloom, Chief Academic Officer and Director of Terrorism, Intelligence and Security Studies at Embry-Riddle Aeronautical University’s Prescott Campus, what you should do if you come across a post like that.

Dr. Bloom says you should report it to law enforcement. "I have schooled my family not to engage," he said. "That they share with law enforcement but they do not engage back.

However, that doesn't mean you shouldn't stay vigilant. You should report any suspicious activity to the ACTIC at 1-877-272-8329 or at azactic.gov. If it is an emergency, call 911.