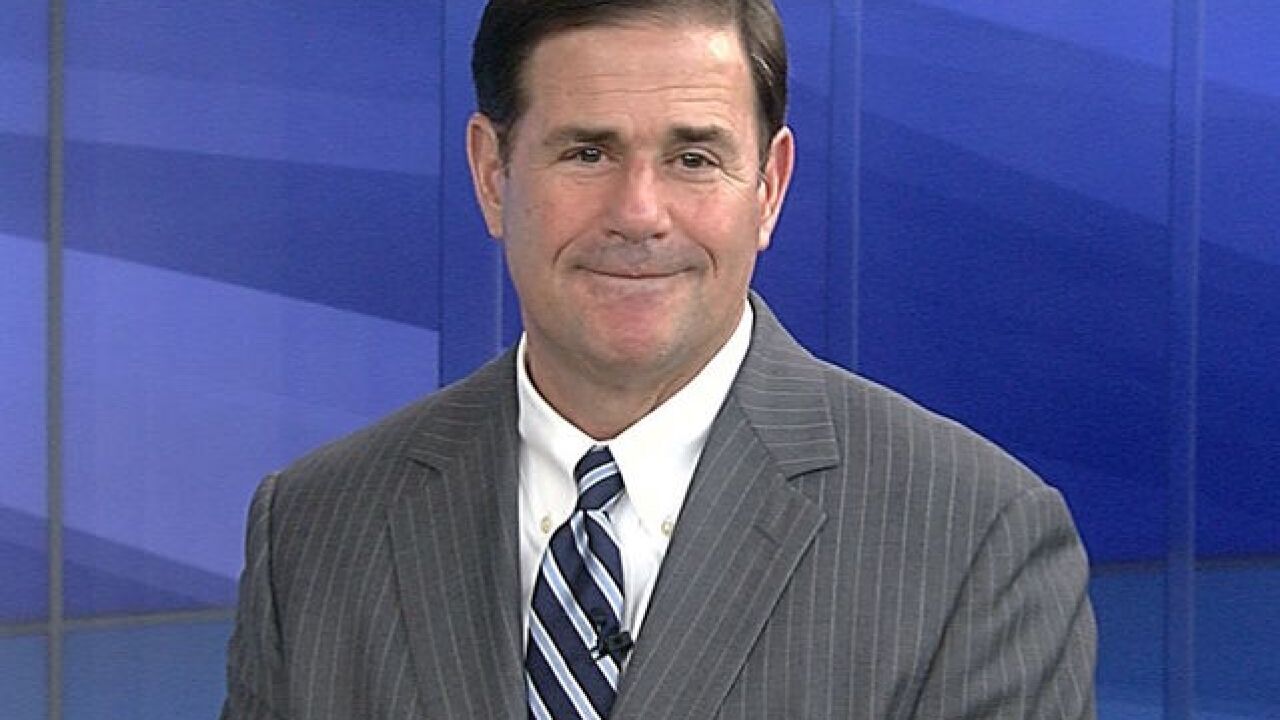 Ducey discussed the deal with ABC15 live in studio. Watch the entire interview in the video player above.

Ducey released the following in a statement: "Earlier this month, we stood shoulder to shoulder, in unity with the education community, to announce a plan for a 20 percent increase in teacher pay by school year 2020. Today, we are pleased to announce that this plan is a reality. Arizona is delivering on its commitment to our students and teachers."

"We are also restoring recession-era cuts to increase funding for schools and putting more money into the classroom -- flexible dollars for superintendents to use for support staff pay increases, update antiquated curriculum and improve school infrastructure -- without raising taxes. This plan benefits our children’s education across the state, and we are working through the weekend to introduce a budget early next week and pass it shortly thereafter.”

The deal comes on the second day of statewide teacher walkouts.

ABC15 has reached out to the Arizona Education Association for a comment.

"We have a press release and a tweet from the governor. We have no bill. We have no deal. The devil is in the details. We know that we have been down this road before. He makes promises that he can't keep. We just can't trust him. But here's what we know. Over 100,000 people marched on the Capitol over the past two days. We stood in the heat for hours and hours. We marched and we rallied. We honored our students by speaking truth to power. When the governor and his friends at the Capitol had a chance to meet with us they left town. They ran from red. When education advocates came together to fix the problem lawmakers refused to address, suddenly we get an announcement of a plan without any details. Educators cannot wait any longer for the governor to fix this."