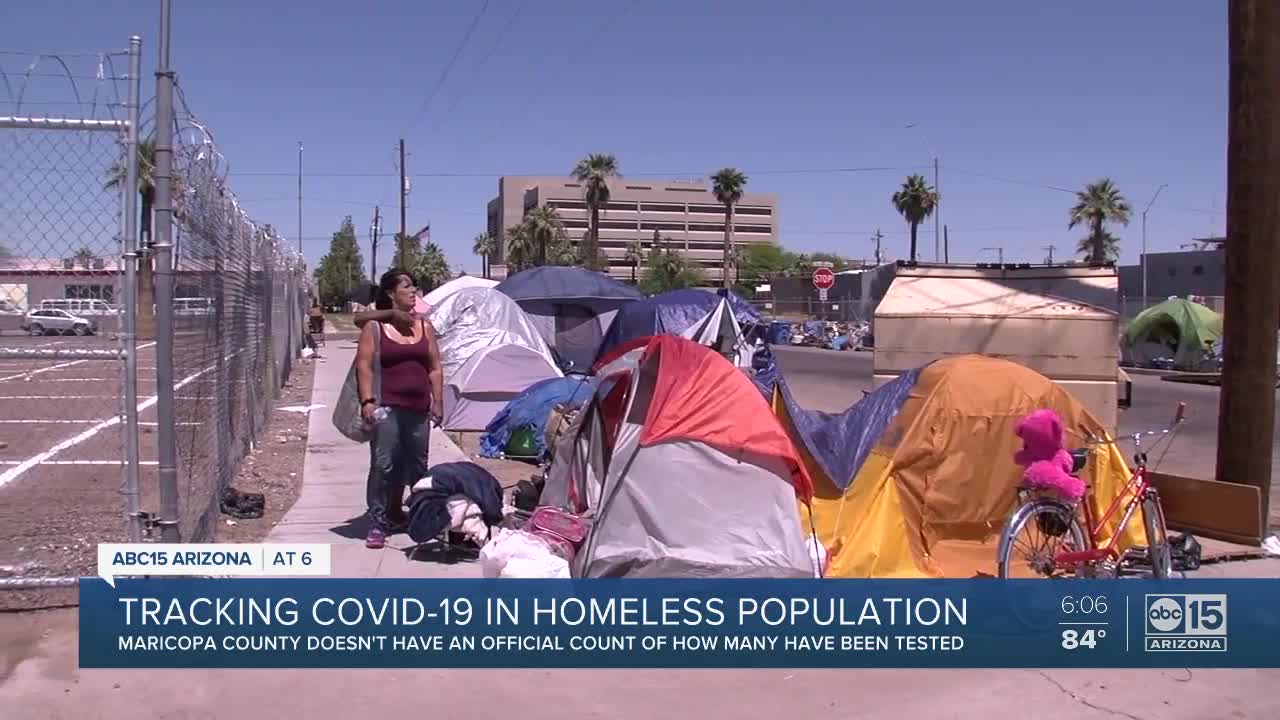 ABC15 looks at tracking of COVID-19 in Maricopa County's homeless population and what is being done.

PHOENIX — Piink and her friend Ashley Worley live in tents in the homeless encampment on 9th Avenue and Jefferson Street in downtown Phoenix.

They say for the past few days police have been telling them to prepare to move to the fenced parking lot just a few feet away.

With the state's largest shelter full every night, Central Arizona Shelter Services (CASS) she says they don't have much choice.

According to a county spokesman plans are to install hand-washing stations, portable toilets and lighting to the fenced lots between 8th and 9th Avenues from Jefferson Street to Madison Street, for people to voluntarily create safe distancing.

The county says there are zero positive cases recorded for the homeless community so far.

But ABC15 has learned county officials don't know how many people have been tested.

We were referred to Circle the City-the non-profit that provides medical care for folks who are homeless.

The agency has not responded to our several requests for that information.

Without knowing who has it the friends aren't convinced that a move to the parking lot will protect them.

"They're trying to quarantine us on top of a quarantine and lock us behind these gates," Piink said.