Congratulations pour in for Sinema after beating McSally 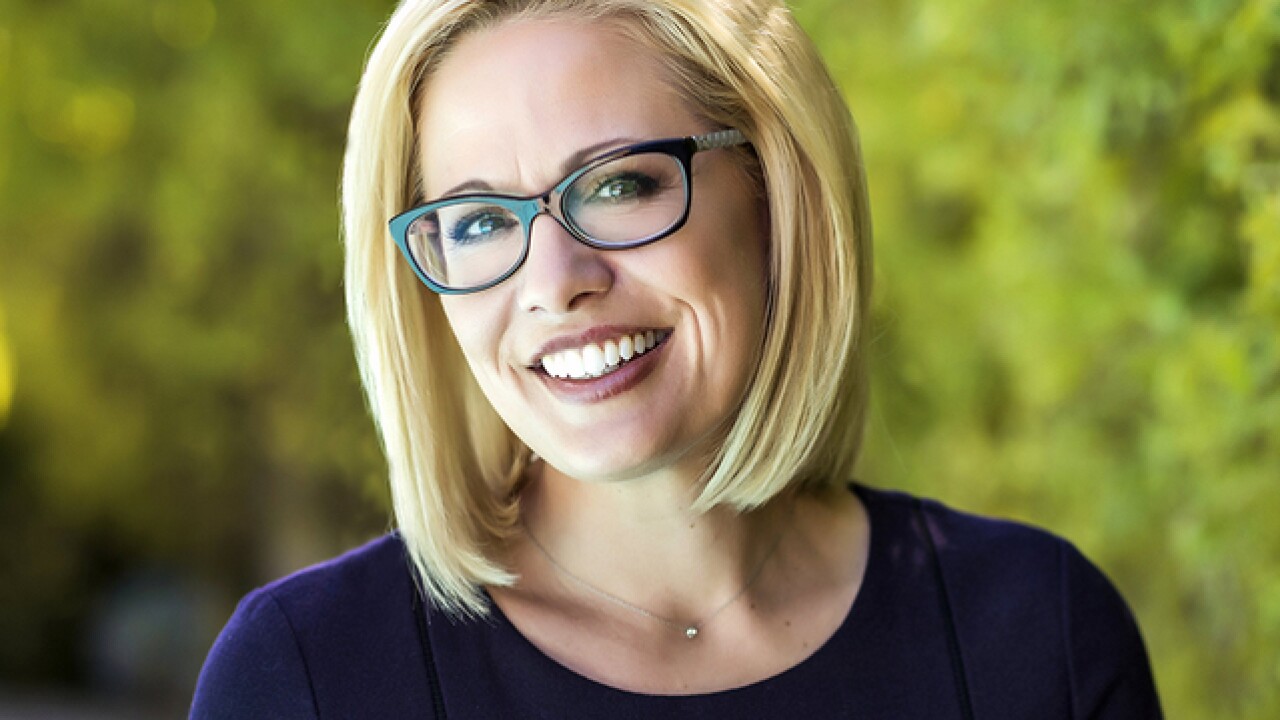 Kyrsten Sinema's victory over Martha McSally in Arizona's closely-contested Senate race led to an outpouring of support for Arizona's first female senator from fellow Democrats and others across the political spectrum, including from the person whose seat she will take in Washington.

Congratulations to @kyrstensinema on a race well run, and won. It’s been a wonderful honor representing Arizona in the Senate. You’ll be great.

Congratulations to Senator-Elect @kyrstensinema on a hard-fought victory. We also salute Rep. @MarthaMcSally — thank you for your service to our country in uniform and your representation of #AZ’s 2nd Congressional District. Thank you both for your historic campaigns.

Gabby Giffords and her husband, Mark Kelly, also sent along their congratulations.

Congratulations to @KyrstenSinema on your historic win! Arizona’s first woman senator led her campaign with character and decency. Mark and I are glad you’re in the Senate. https://t.co/WxdBz3Mn0z

Congrats, @KyrstenSinema. Gabby and I both admired your grace and grit throughout this election. Arizona is in good hands. https://t.co/oObSiS41ZU

The Democratic Senatorial Campaign Committee, and other senators, were quick to welcome their newest colleague.

Congratulations to @kyrstensinema for a well-earned victory tonight. She’s going to do incredible work for Arizona. Credit to @MarthaMcSally as well for handling the results with true dignity and class.